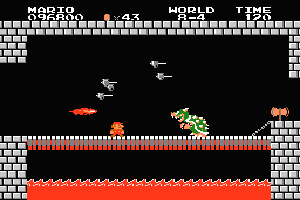 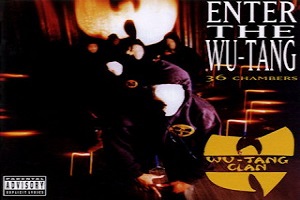 Day three opens with what looks to be a huge mismatch as an icon, the grandfather of all video games squares off with a beloved, yet somewhat niche, rap album that launched one of the most successful groups of all time.

The infamous Wu Tang Clan burst on to the music scene in late 1993 with their debut album Enter the Wu Tang (36 Chambers). The album is credited with setting the blueprint and architecture for the hardcore hip hop style of the decade and also for putting New York City back on the hip hop scene after the West Coast had grabbed control of the industry. It was immediately successful, despite the style on display, peaking at 41 on the Billboard 200. It went platinum two years later and helped solidify the Wu Tang as major players in the industry. While it initially was well reviewed, it has gained momentum as the years have passed is now considered one of the greatest hip hop albums of all-time when you factor in quality and influence.

Now, it is your turn to make the call. Are you reaching for that extra life or staying crouched and protecting your neck? Submit your vote below! 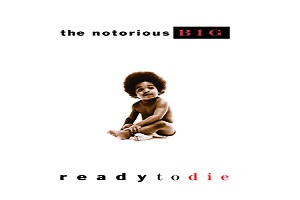 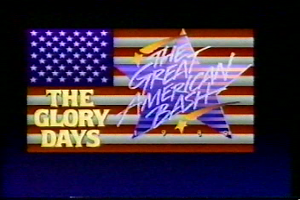 Day three continues on with the appearance of another legendary and influential hip hop album. This time, the opposition is one of the greatest wrestling pay-per-views of all time.

Released in September 1993, Ready to Die is the debut album from the great Notorious BIG. BIG had worked the underground NYC rap scene for years while also becoming a kingpin in the drug game. After his buddy D-Roc took the rap for him on a weapons charge and he had a talk with producer Puff Daddy, Biggie decided to eschew the drug game and focus strictly on his music career. The move paid off as Ready to Die crashed onto the scene and received favorable reviews from critics and would end up going quadruple platinum. Similar to Enter the Wu Tang, Ready to Die was a major player in the resurgence of the east coast hip hop scene. As a result, Biggie would become one of the faces of New York City as the hip hop coast war raged out of control in the mid 90s. Biggie’s life and career would be cut short, but his legacy lives on to this day, mainly in part to his tour de force debut album.

WCW is often the butt of many wrestling related jokes, but back in 1989 you could easily argue that they were delivering the highest level of in ring product in the history of the sport. This argument is best solidified by using Great American Bash 1989 as your primary example. Main evented by a great Ric Flair/Terry Funk World Title tilt, and featuring a hard fought US title match between Lex Luger and Ricky Steamboat and a War Games battle, the card was loaded with hot, high level match action from top to bottom. The card reads as a who’s who of WCW stalwarts and studs and the show as a whole is still spoken of in reverence nearly 25 years later.

Which heavyweight contender will advance? Will Big Poppa get one more chance? Or will wrestling nostalgia be victorious? You decide! 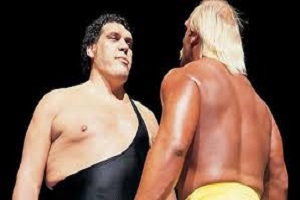 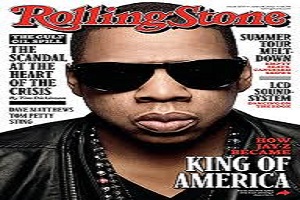 Our third match of the day will be quite the interesting case study as one of pro wrestling’s greatest supershows clashes with one of pop culture’s most endearing, and subscribed to, publications.

Emanating from the Pontiac Silverdome in March 1987, WrestleMania III shattered attendance records and cemented a place in wrestling lore with one of the biggest main events in history when Hulk Hogan went to war with former friend Andre the Giant. On the undercard, Ricky Steamboat and Randy Savage stole the show with one of the greatest WWE/WWF PPV matches of all time. WMIII is often credited with putting the then WWF on the map and kicking off the 80s boom period, and it is hard to argue that point when you look at the success of the show and popularity that the promotion experienced afterwards. Sitting here 25 years later, WrestleMania III still stands tall in the WrestleMania pantheon and in the hearts of longtime fans.

Founded in 1967, Rolling Stone is a biweekly magazine that focuses on music, politics and pop culture. For decades it has been the go-to publication for music junkies. After a small dip in popularity, subscription numbers have again soared through the last decade thanks to a hard working investigative staff. Landing a cover story for Stone is still a goal for many in the pop culture world, as best illustrated by Stillwater. Even though the music industry has seen its share of issues over the years, Stone is still there to capture the roller coaster ride, just as it has been for the last 45 years.

Which of these two will advance? Will nostalgia tug your heartstrings? Or music’s greatest rag? Or both? You decide! 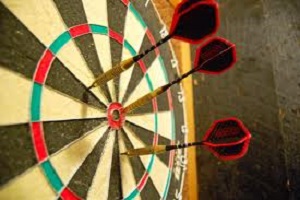 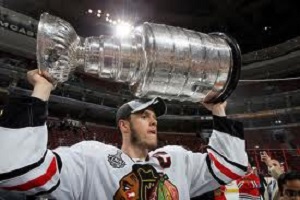 In our final matchup of the day, a popular bar game takes on the beloved, nerve-wracking championship round of the fastest sport in the world.

First played in the tail end of the nineteenth century, darts quickly became a popular game to be played at pubs and bars around the world. The object of the game is simple. You take a missile-like, pointed object and send it sailing into a board that is hung on the wall. The closer you get to the bull’s eye, the more points you are awarded. The game has evolved into a professional sport and many aficionados play at home as well.

So, which will you choose to advance? The beloved bar room game or the fastest, most exhilarating championship series in the sports world?