Our first match up in the final day of the Tournament features the three most important games of America’s favorite sport vs. an iconic American sitcom that recently wrapped up.

The Office is the best transported British television show to hit the U.S. airways. Spanning nine seasons and finishing up this past May, the whole run of this show is available.  For a refresher course before you vote, please visit or two part The Office roundtable (Cheap Plug).   It also executed the prickly dilemma of keeping the same basic premise as the U.K. version, while developing a new identity stateside.  Whether you think the show tailed off in the later seasons, there is no doubt that The Office was one of the best sitcoms on television for most of its run.

Will America’s favorite sport overtake the daily workplace reality sitcom that we all cheered on to its fulfilling conclusion? 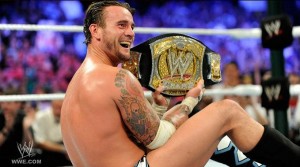 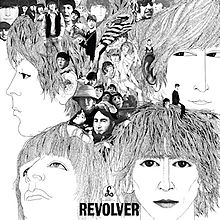 The second match up of the day features two revolutionary, groundbreaking events that changed the genre.

Money in the Bank 2011 seemed like a ho hum PPV three weeks out.  Then, CM Punk cut “the promo” and the rest is history.  The build and intrigue to the MITB PPV has been unmatched since.  For a long term fan like myself, it harkened back to the pre-internet and dirtsheet days.  The PPV didn’t disappoint with two really good ladder matches and another great match in the outstanding feud between Christian and Randy Orton.  The attraction that catapults this show into a list like this is the main event.  CM Punk vs. John Cena was one of the best PPV matches of all time and was beautifully crafted to have the finish be satisfying but exhilarating to see what would happen next.

Revolver, released in 1966 is one of what could be four to five Beatles albums in a tournament like this.  Released with inspiration from the superb Beach Boys album Pet Sounds, Revolver fully transformed The Beatles from teeny-boppers to though provoking, technically recording wizards.  Revolver features plenty of hits like Yellow Submarine but is mainly about the journey from beginning to end with the Indian influences becoming more prevalent.  Plus that cover is really cool to look at.

Which ground shaking event is the best and the one you couldn’t part with? 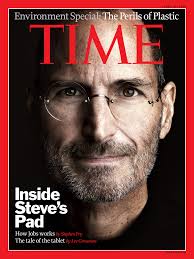 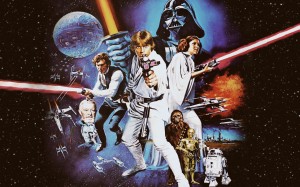 A standard in print journalism vs. the pioneer in movie nerdism is our third encounter today.

Time Magazine was launched in 1923 and has become the standard bearer for all other news magazines to be measured against.  Part marketability and part well investigated journalism is the reason Time has had so much lasting power.  They also developed a clever gimmick of the Man of the Year award which has became a anticipated procedure every year.  For a pulse  on what is happening in the world while stranded on the island, look no further than Time Magazine.

If you haven’t seen Star Wars, I don’t know what to tell you.  The first trilogy with Episode Four being released in 1977 is one of the most heralded movie trilogies in history.  The second trilogy could be used for comic relief on the island and you may be able to become good friends with Jar Jar Binks.  Who knows what the new trilogy yet to be released will hold.  Let your inner nerd live on the desert island with these cinematic gems.

Would you rather see who man of the year is or who has the greatest amount of force?

One Night Stand 2005 vs. Curb Your Enthusiasm 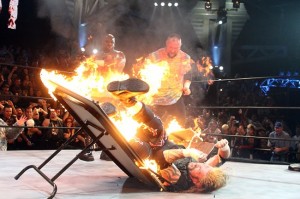 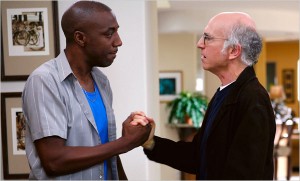 In the final, epic battle of round one, a legendary wrestling pay-per-view matches up with one of the greatest comedy series every to grace the television airwaves.

Despite closing its doors way back in early 2001, the legacy of ECW lived on through diehard fans of the little promotion that could. No matter where WWE would travel, chants of “ECDUB” rang out through arenas. ECW alum Rob Van Dam took note of the never-dying phenomena and went to his boss to pitch an idea for a rebirth of the House of Hardcore. Vince McMahon liked the pitch and put Paul Heyman in charge of the product. The rest is history. Taking place in front of a starved, bloodthirsty and overjoyed NYC crowd, One Night Stand 2005 stands tall as one of the greatest WWE PPV productions of all time. Filled with nostalgia, shoots, fire and blood, ONS treated the ECW legacy with a beautiful homage of violence and hard hitting wrestling. The show was so successful, it led to a sequel and the rebirth of ECW as a brand one year later.

How will you close out round one? By reliving the nostalgic trip through the House of Hardcore? Or following along with the never boring travails of the great Larry David?