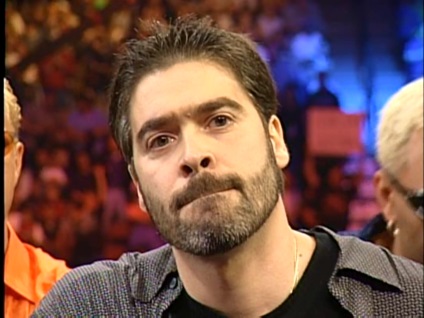 With apologies to Cracked for the title…

After going back to reviewing RAW again for a couple of years, certain things start to grate on you.  Three hour shows mainly, but a side effect of those long shows is the need for WWE to prolong storylines and find creative ways to end matches without actually giving the people a payoff to them.  Unfortunately the Attitude Era produced certain lazy bad habits that have stuck around to this day, mostly in the form of shitty finishes that elicit groans rather than increase interest in the “stories”.  And I’d like to blame Vince Russo for all of them, but sadly I can’t.  Just most of them.  Here’s the finishes that bug the shit out of me every time I see them:

10. Disqualification in a three-way match.

Granted this is a rarer one, which is why it’s lower on the list, but I really hate it because it’s not even a FINISH.  The specific example I’m thinking of is a three-way match on RAW around 2001 or so with Rikishi, Val Venis and Kane in a match for the Intercontinental title.  I don’t even remember who was the champion or the heel because it’s not important and I don’t give a crap anymore.  The “finish” was whoever the heel was (Val?) using a foreign object and getting caught and disqualified.  So the winner was…the other two guys?  Wins and losses apparently mattered so little that they literally didn’t need to book a winner.  Thankfully, this one is no longer an issue because all three-ways are now no-DQ in WWE. (Editor’s note: Of course last night on Raw they had a DQ in a three-way Divas match.  COINCIDENCE? Who is Scott Keith still talking to on the booking team?)

While this one usually refers specifically to the Hulk Hogan-Kevin Nash title switch in 1999, I’m thinking more generally of any of the numerous times where one person has pretended to hate another person and then intentionally lost as a “swerve”.  HHH and Shawn Michaels did the same gag in 1997 and it was stupid back then, too.  Maybe it’s because I’m old and bitter wrestling fan, but anything like that where it’s lamp-shading the basic nature of the business makes me groan.  Plus it’s not a very effective storytelling technique, because it doesn’t put heat on anyone or give fans any closure.  One of the few times I’ve seen it done effectively was the match where the New Age Outlaws exploited a loophole in a four team match by having Gunn pin Road Dogg to retain their titles, since the wording of the rules was that anyone could pin anyone.  That was at least clever and within the internal logic of the match.  With the Nash-Hogan match, we were supposed to believe that the World title meant so little to Nash that he’d just lay down and give it to Hulk?

This finish was cute, once or twice, thirty years ago when the Killer Bees would do it.  Today, we have giant screens broadcasting everything into the arena, so I’d like to think that referees should be a bit smarter and able to determine that the person suddenly in control of the match with bigger boobs isn’t the same person that started the match and was in trouble until his back was turned.  Which is not to say that the finish can’t be clever and smart if done SPARINGLY and correctly.  Eric Angle subbing for his brother Kurt in 2003 to beat Brock Lesnar was brilliant because we didn’t know who he was and no one was expecting it.  When the Bellas wrestle, they do the same damn thing every time and no one ever catches on.  If fans are that far ahead of the story, you’re doing something wrong.

This one is such weak sauce.  The heel beats his opponent cleanly, but punches the referee in the face afterwards, so the ref reverses the decision, and no one is helped.  The babyface looks like a goof who only won on a technicality, and the fans get the actual finish taken away from them.  Why not just make it a draw or double disqualification or some other indecisive finish to build to a rematch?   Which leads to the even more annoying relative of this finish…

6. Babyface disqualified for kicking too much ass

This variation is even worse, because wrestling is supposed to be about getting people over by having them be awesome and trying to win matches.  But when you have a referee disqualifying someone for being too dominant it pretty much goes against the central POINT of the business!  Referee five-counts are there for a dramatic tool to build tension, not to actually stop the match!  Especially not if it’s a supposed babyface beating on someone in the corner until he’s disqualified, which is not only an insulting finish (“You can hit this person in the face repeatedly…but only if he’s not situated near the corner.”) but neuters the babyface as well.  If he turns around and decks the referee himself, sure, disqualify him, he deserves it. But doing his job as a wrestler and trying to win a match?  As Gorilla would say, C’MON REF.

5. Heel walks out of the match aka “The Honky Tonk Man Finish”

Way back in the good old days, WWF had a good idea for building a cowardly heel, namely the Honky Tonk Man.  You have this guy who is obviously way out of his league, but exploits every loophole available to keep the belt he undeservedly won on a fluke.  The most effective loophole was for Honky to simply walk away from a match when the babyface was getting too close to winning the title.  This was fine in the 80s, when it was in moderation and mixed up with other cheap screwjob finishes, but somewhere along the way it got resurrected as a finish for people who weren’t yet over enough to draw heat for walking out.  Like, if Fandango is going to lose a match anyway, but he chooses to walk out and lose the match that way, where are the stakes?  People got mad at Honky because he was robbing the babyface of a chance to win the title, while Fandango is just annoying.  Much like this finish.

The next two finishes drive me crazy because they’re not even FINISHES.  A “finish” implies an ending to the match or a conclusion to the story.  The Vince Russo-patented “Sportz Entertainment Finish” is when guys are having a match, and someone runs in to brawl with them, and then the show just kind of moves onto the next segment without ever declaring a winner or ringing a bell.  At least “no contest” or “double disqualification” give the viewer some sort of closure and pay lip service to the idea of wrestling being an athletic contest with real stakes.  In the Sportz Entertainment Finish, you’re coming right out and saying “This is just a TV show and the stuff that happens doesn’t actually mean anything.”

This one got popularized during the high point of WCW’s run in the Monday Night Wars, when the show would be running long as usual and an advertised main event would end with the nWo randomly running in and beating up everyone while Tony Schiavone had a fit about the show being out of time.  This differs from the standard run-in DQ finish in two important ways:  First, we’re not talking about the nWo running in and getting disqualified to save a member from losing by pinfall.  That’s annoying but at least it’s a finish.  We’re talking about, say, DDP against Sting in a match not involving the nWo in any direct fashion, ending with them running in to beat up both guys and then never being followed up on again.  The second difference is that, like the WWF’s Sportz Entertainment Finish, there is never an announced winner or loser.  This one is doubly insulting to the viewer’s intelligence because the show is already booked to run 10-15 minutes over the allotted time as it is, so to pretend that the show has to end by a certain arbitrary point is just ridicu

(Sorry, ran out of time to type there.)

I also call this one the Idiot Babyface Rollup, although heels have fallen victim to it as well.  It’s an invention of the modern era, because it requires a giant TV screen.  You know it well, I’m sure:  Two guys are having a match on TV and someone is about to win, but HOLY COW, their arch-enemy appears on the video screen making threats.   The idiot babyface stands there yelling at the screen, at which point the opponent pins them with a schoolboy rollup.  Now it’s not even the finish itself that bugs me at this point, even though it’s stupid and makes everyone involved look dumb, it’s the completely overused nature of this trope.  People have now been doing this for, what, 10 years now?  How idiotic are WWE wrestlers that they still haven’t learned that paying attention to the video screen or someone’s music is going to get you pinned?  And why is it always the rollup?  At least when they change it up by having someone hit their finisher (ala Randy Orton) it’s believable that, yes, this guy would now get pinned.   But if you’re having someone win by cheap rollup after getting beat down for the entire match, it’s only making everyone look bad by proxy.  It’s overused, insults the intelligence of the viewer, doesn’t get anyone over, and it’s just LAZY.  And yet we see it every week on RAW for some reason.

The only choice for #1 there could be, because it killed an entire territory and speaks to my biggest pet peeve in wrestling:  The bait and switch.  Thankfully it doesn’t happen much these days in the internet era where results are everywhere, but it used to happen all the time and it killed off Jim Crockett Promotions in the 80s.  Hey, you’ve got a champion who the fans want to see lose but you don’t want to book that?  No problem, just have him lose the title to your top babyface, and then announce the next week that in fact the title change that 15,000 paying customers just saw was in fact not a title change at all.  Maybe the ref didn’t see cheating on the part of the heel, or maybe it was actually a non-title match due to a technicality, or maybe the decision was reversed after the fact because of unpaid parking tickets, whatever.  You thought that the cliff-hanger was resolved, but in fact the next week our villain managed to survive the flaming car wreck after all.  This was fine if it was done once or twice.  The problem became when Dusty would book that finish in the same city multiple times, until people in that city no longer bought into the babyface winning the title.  And Dusty wasn’t even the only one who did it, as Verne Gagne practically financed a new house doing the same trick with Hulk Hogan until fans nearly rioted one night.  Verne was even more brazen about it, doing title switches with only the most razor-thin excuses for why the decision would be overturned days or even WEEKS later.  If you give people their payoff and then take it away once, only to give it to them for real a month later, you’re probably a good booker.  If you take it away multiple times and never get around to giving it to them because the promotion dies, you’re just kind of an asshole and probably got what you deserved.

Any obnoxious finishes to add?  Join in the discussion on the Place to Be Nation Facebook page or my own page because I probably missed some!

Don’t forget to check out Scott Keith’s interview with the Place to Be Podcast – right here at Place to Be Nation!