I swear that my playthrough Chronicles of Riddick: Escape from Butcher Bay, as the series latest film,  Riddick, is about to hit the stores on DVD is purely coincidental (but hey, I’m sure my bosses at PTBN won’t mind!). The truth is that the former has been a game on my backlog for years now. I remember reading message boards back in the glory days of the original Xbox where users would sing of its praises, particularly the melee combat and stealth elements. I finally got around to playing it because the sequel, Escape from Dark Athena, is part of my Steam Library, and I purchased it in good faith believing that when I finally played Escape from Butcher Bay it would be good. Now, I am ambivalent.

Don’t get me wrong. Escape from Butcher Bay is a solid game. Good enough to the point where I don’t regret investing roughly ten hours of my time to play a game that is almost ten years old? No. It’s more my fault than the game’s for taking too long. I’m not even sure that the game would have felt more satisfying had I played it when the movie Chronicles of Riddick was still in circulation, because after watching Pitch Black again after the suggestion of my wife, I have come to realize that this game portrays a one-dimensional Richard B. Riddick. And an inaccurate one: the usage of guns in the game, besides the awesome stun gun, which should have been an option from the beginning instead of finding it at the halfway point, was a turn-off because Riddick is a “Wolveriene clone,” and the idea of him using guns is just…silly. I quit the game, considering whether or not I would have to turn in my “hardcore gamer” badge because I was wavering to finish. Thus,  I did something else that might jeopardize my hardcore status:

I read a FAQ on the game to see how much longer I had to endure the game, and if there were any remaining plot devices besides how he acquires his shiners (eyes) that were worth investigating. I discovered that aliens (“wtf are aliens doing on a prison site?” I wondered) would show up, and yes, I did not have much longer to go.

So I returned to finish the game because I actually like Riddick as a character. Maybe he’d give me a few one liners for the road besides “Beautiful.”

What makes Riddick an appealing character must be attributed to the accouterments of its actor, Vin Diesel. He possesses the archetypal “tough guy” voice, which is no fault of his because it’s actually how he sounds even when he’s having a good time. So he’s a natural fit for Riddick’s character. Diesel maintains a chiseled physique, so on-screen, Riddick’s physical prowess granted by his lineage as a Furyan is believable, i.e. “dude is stronger than he looks.” Finally, Diesel differs from the conventional action hero in that he is biracial. Like Halle Berry, who is arguably more recognizable than any “other” “black” actress in Hollywood, Diesel has “crossover” market appeal. Why is the latter relevant to the Riddick films and/or videogame? Because: 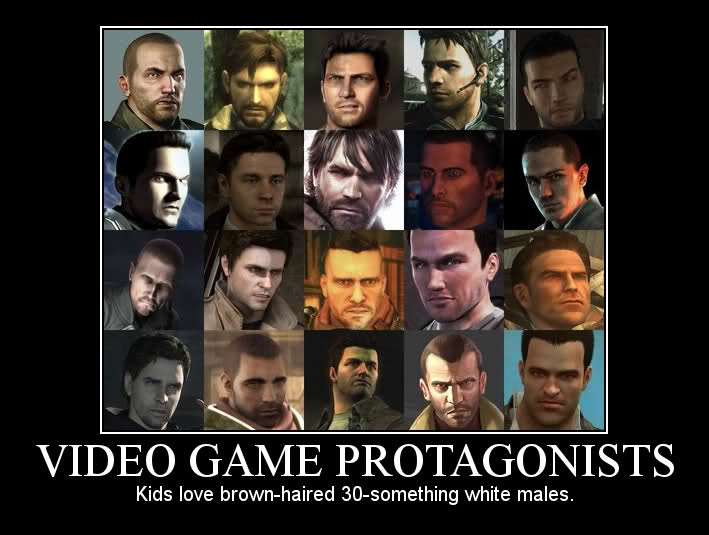 In another Hollywood parallel, Terry Crews was thrown into the Expendables, but he’s a comedian who happens to be swole as a motha, and “makes sense” hanging around guys who HGH’d for their roles. Without him, it becomes excruciatingly obvious how…orthodox…the other characters are; in some ways, that’s the point. But if you’re like me, it’s a bitter reminder of discriminatory practice that still exists in Hollywood. Therefore, Diesel’s presence as an iconic character—like a John McClane or John Rambo—is welcome.

But as far as the games are concerned, I experienced a nice history lesson while playing Escape from Butcher’s Bay. As it was the Director’s Cut, played on PC, I do wonder how it would fit within the discourse concerning “mature gaming,” given how guards would be dropping F-bombs everywhere…someone’s poor moms didn’t do anything to deserve that kind of verbal abuse! But what else would one expect from a sausage-fest in a maximum security prison on a quasi-uninhabitable planet?

Did I say that Riddick was comparable to Wolverine? On second thought, dude strikes me as a Lobo kind of guy.

What should Maurice play next? Check out his backlog and send him an email (MauriceP@placetobenation.com) to let him know!