This Sunday, the WWE presents us with our second pay-per view event of the month. With the children of WWE owner Vince McMahon working together to run RAW, lets see what they have in store for us. 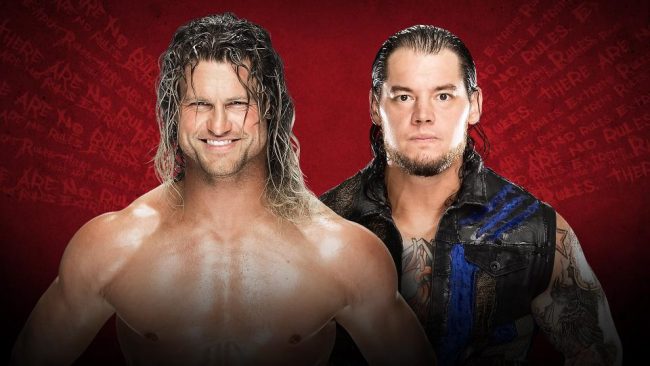 Since winning the Andre the Giant Memorial Battle Royal as a surprise entrant at WrestleMania 32, Corbin really has not been able to sustain any momentum. This feud has been an afterthought since Payback, where Ziggler surprised Corbin after pinning him with a quick rollup. Corbin is the one that needs the win here as he has the most potential while Ziggler has been on the downswing for quite some time. Nothing but a Corbin win makes sense here then he can move on to feud with someone else. BAYLESS’ PICK: BARON CORBIN 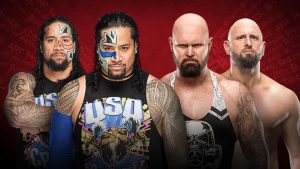 THE USOS VS. LUKE GALLOWS & KARL ANDERSON IN A TAG TEAM TORNADO MATCH

This feud started when Gallows & Anderson jumped the Usos in their RAW over month ago. Since that time they have traded wins on TV and have been featured in the Roman Reigns vs. AJ Styles feud. Gallows & Anderson are the team that needs the win as they should be kept strong rather than the Usos, who have been on the roster for a long time. I imagine this is the end of the feud and that Gallows & Anderson destroy the Usos. BAYLESS’ PICK: LUKE GALLOWS & KARL ANDERSON 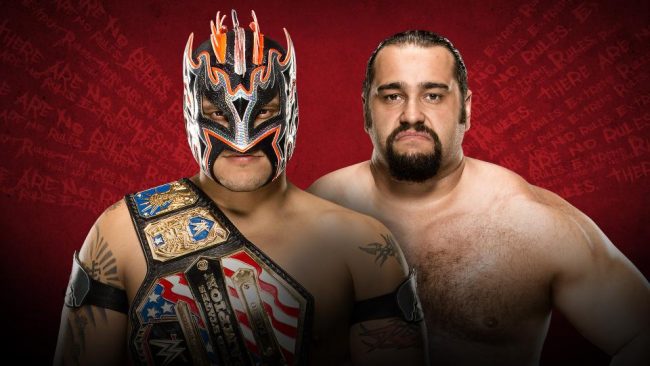 Rusev earned this title match after winning a battle royal two weeks ago. The Kalisto United States Title reign has been lackluster to say the least. It’s just not working right now. I think Rusev regains the U.S. Title in this match and gets a renewed push alongside Lana. I don’t know what happens to Kalisto next as he could either end up back tagging with Sin Cara full-time or perhaps Sin Cara costs Kalisto the match somehow to set up a feud between the two. Another scenario which could happen is that Rusev wins and drops the U.S. Title to Cena when he returns but that would not do Rusev any favors. BAYLESS’ PICK: RUSEV 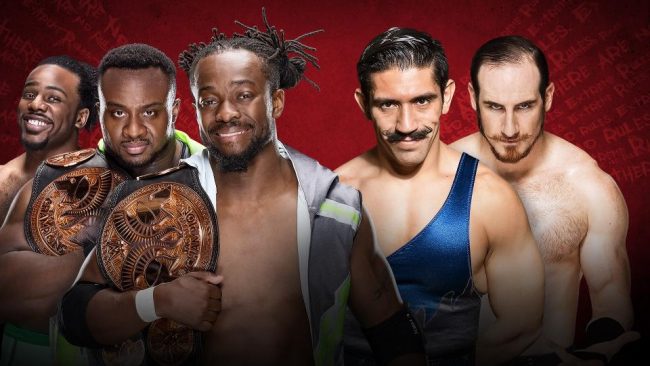 THE VAUDEVILLAINS VS. THE NEW DAY (C) FOR THE WWE TAG TEAM CHAMPIONSHIPS

After a rough start on the main roster, the Vaudevillains are starting to get a little bit of heat. It also helps that they are going up against one of the most popular acts in the company. Regardless, the Vaudevillains are not at the point in which they can be seen as credible challengers and I see the New Day retaining and possibly moving on to feud with The Club. BAYLESS’ PICK: NEW DAY 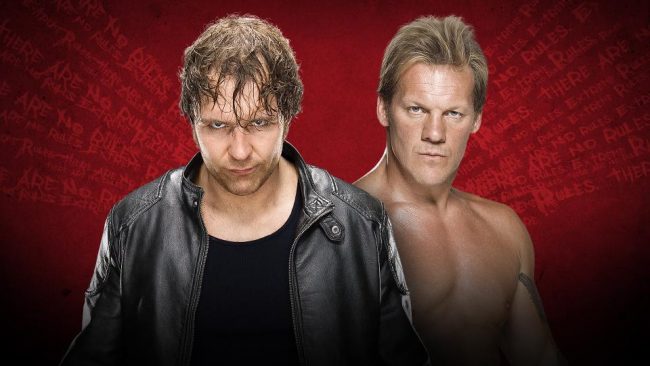 DEAN AMBROSE VS. CHRIS JERICHO IN AN ASYLUM MATCH

These two have been involved in a feud regarding a talk show. Shane McMahon cancelled the Highlight Reel to give Ambrose the Asylum, which Stephanie McMahon cancelled to put the Highlight Reel back on. I’ve enjoyed the work these two have been doing on the mic and I think this feud will continue even after this show, despite their being a stipulation match here, so I think Jericho will win this match. Ambrose needs to win this feud after what happened at WrestleMania though. And if this is the end and Ambrose does in fact lose this match, then I assume they have given up on Ambrose as a possible top act. There is also a chance The Club could screw Ambrose over somehow but they have not teased the Reigns/Ambrose relationship in several weeks. BAYLESS’ PICK: CHRIS JERICHO 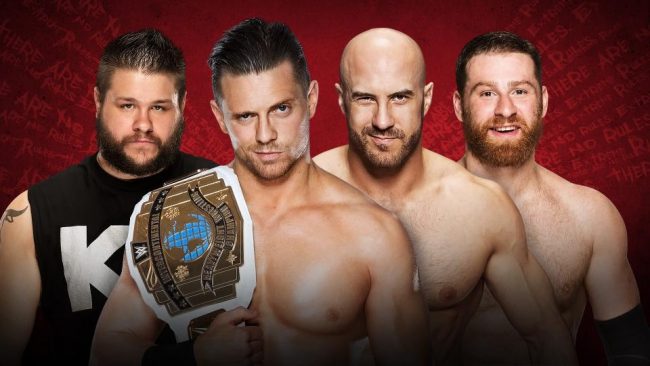 KEVIN OWENS VS. SAMI ZAYN VS. CESARO VS. THE MIZ (C) W/ MARYSE FOR THE WWE INTERCONTINENTAL CHAMPIONSHIP

This might be the best match on the show. What started out as two singles feuds (Cesaro vs. Miz and Zayn vs. Owens) has evolved into a four-way match for the Intercontinental Title and it’s been great to watch. Owens is on fire with his mic work and adding Maryse to the Miz’s act has rejuvenated his character too. Cesaro’s new look has been an improvement as well. I think after this match Owens vs. Zayn continues and seeing how I believe Rusev will win the United States Championship, I think two heels with secondary title is overkill so I am picking Cesaro to win this match and the Intercontinental Championship. BAYLESS’ PICK: CESARO

NATALYA VS. CHARLOTTE (C) IN A SUBMISSION MATCH FOR THE WWE WOMENS CHAMPIONSHIP

Another stipulation to this match is that Ric Flair is banned from ringside and if he appears at all, Charlotte will not only be disqualified but will have to forfeit the Womens Championship. Natalya has been built up well as a challenger but I do not see her ending Charlotte’s title reign, which seems earmarked for Sasha Banks at some point this summer. Charlotte will retain somehow, perhaps by Flair in disguise, and go on to continue her reign as champion. BAYLESS’ PICK: CHARLOTTE 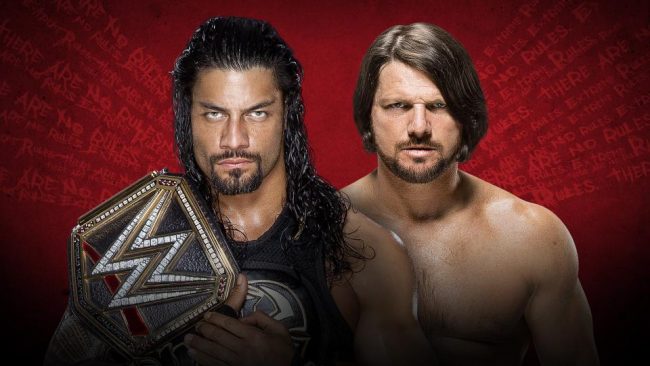 These two are involved in a compelling storyline. In fact, I’d call it the most compelling storyline since Daniel Bryan vs. The Authority. The key here is whether or not The Club either helps or turns on Styles. Both Reigns and Styles have stepped up their games on the mic for this as well. I expect a really good match with a wild finish, either involving the Usos or The Club or even members of the McMahon Family. At the end, Reigns retains the belt and either has another match against Styles or moves on to feud with one of the stars set to return from injury. Seth Rollins could possibly factor into this match too. BAYLESS’ PICK: ROMAN REIGNS