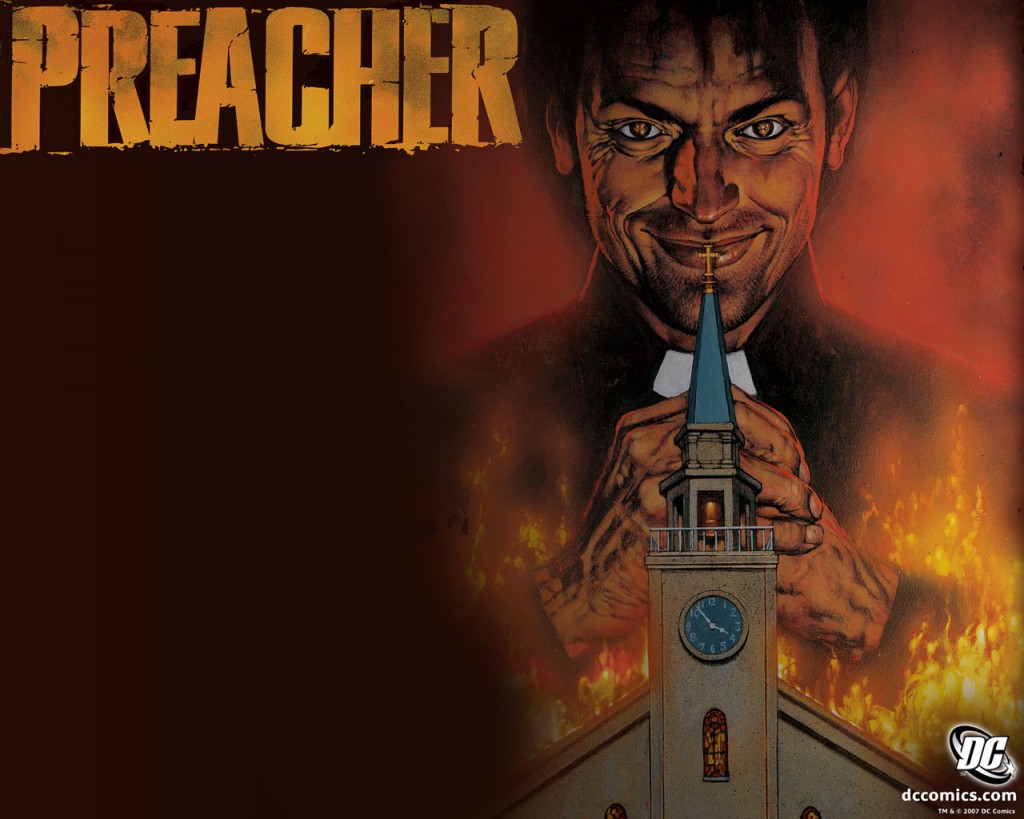 Comic fans received a bit of interesting news last week when AMC ordered a pilot based on the classic ‘90s Vertigo series “Preacher”. Seth Rogan and Evan Goldberg, who worked together on “Superbad”, “Knocked Up” and “This is the End” are developing the show, which tells the adventures of a Texas preacher who has a supernatural ability. “Preacher” had previously been linked to both a feature film and a HBO series; here’s hoping that AMC can succeed where previous attempts have failed. AMC needs some new quality Sunday night material with the end of “Breaking Bad” and the failure of shows like “Hell on Wheels” and “Low Winter Sun”.  “Preacher” has long been a favorite comic of mine, though there are some pretty mature themes involved (let’s just say “Preacher” creator Garth Ennis has some issues with religion). Today, Weber Has Issues speculates just who might be filling the shoes of some of comics’ quirkiest characters (though it’s possible that AMC might cast the show with low-cost unknowns as well). Warning: minor plot spoilers ahead. 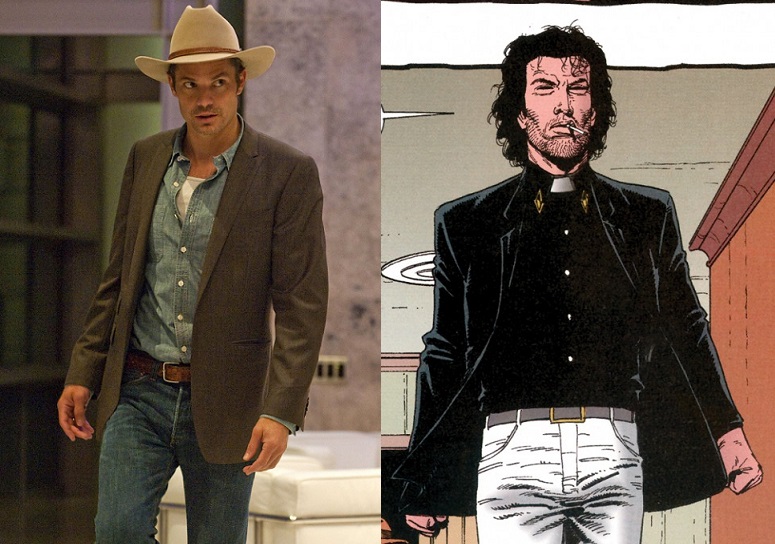 My “pie in the sky” casting for “Preacher’s” Texas-born lead character currently plays Raylan Givens on “Justified”, but as that show wraps up, he may be available to star in “Preacher”. Tim Olyphant was excellent on “Deadwood”, and he can do a credible southern accent. Of course, Rogan and Goldberg may go younger for the role, and if so, “Fringe’s” Seth Gabel would be an interesting choice for Jesse. 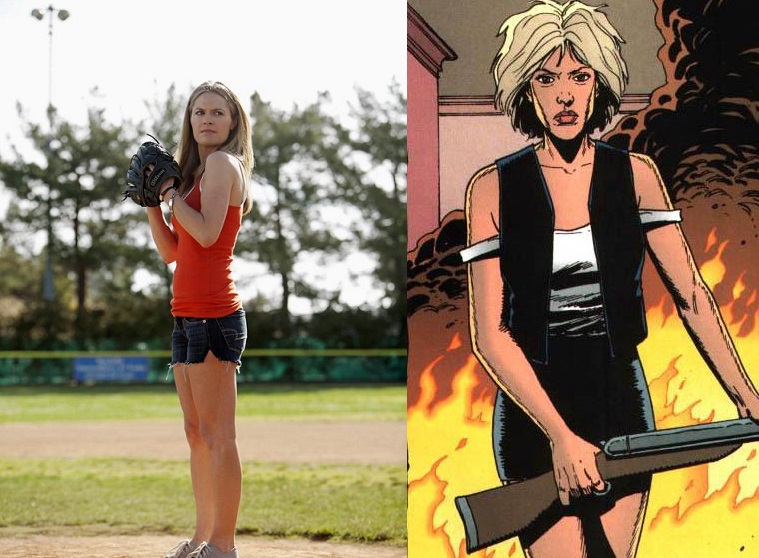 “Back in the Game” was a terrible, terrible show, but it wasn’t Lawson’s fault. The character of Tulip is both a sweetheart and a scrapper, and Lawson used both of those qualities to make her performance of Julia on “Psych” into a memorable and missed character. Plus, she’s free now, so there are no conflicts like there might be with Olyphant and the actor who’s my choice for Cassidy.

The crucial role of Cassidy would be well-handled by “Once Upon A Time’s” Rumplestiltskin. Though Cassidy is Irish, the Scotsman Carlyle could definitely modify his brogue for the enigmatic Cassidy. The scene-stealing Carlyle as a vampire would be tremendous. If Carlyle is constrained by his “Once” responsibilities, Peter Mullan (also a terrifying Scotsman) from “Top of the Lake” would be also excellent as Cassidy.  Colin Farrell?  No thanks.

Terry O’Quinn is never out of work, and he’s been busy in the last few years with major roles on “Lost”, “666 Park Avenue”, “Hawaii Five-O” and “Falling Skies”. O’Quinn would bring some heavy intensity to the evil Starr. Starr does have some…comedic moments as well, and if O’Quinn isn’t cast, Brian Cranston can balance menacing and buffoon well (Plus he can easily go bald again). 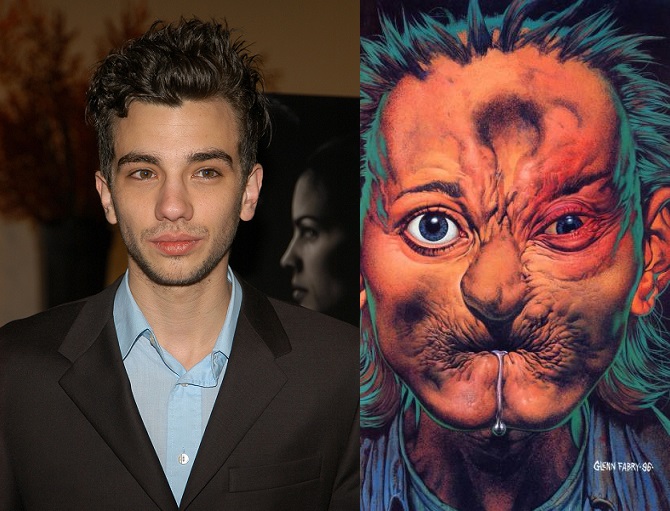 The boy who wanted to shoot himself in the face like Kurt Cobain because his dad just didn’t understand him could be well-filled by Rogan & Goldberg’s running buddy, Baruchel. Arseface (named as such because Cassidy told him he’s got a face like an arse) is responsible for much of the comedy in “Preacher” and Baruchel makes a great comedic foil (as seen in movies like “Knocked Up” and “This is the End”). 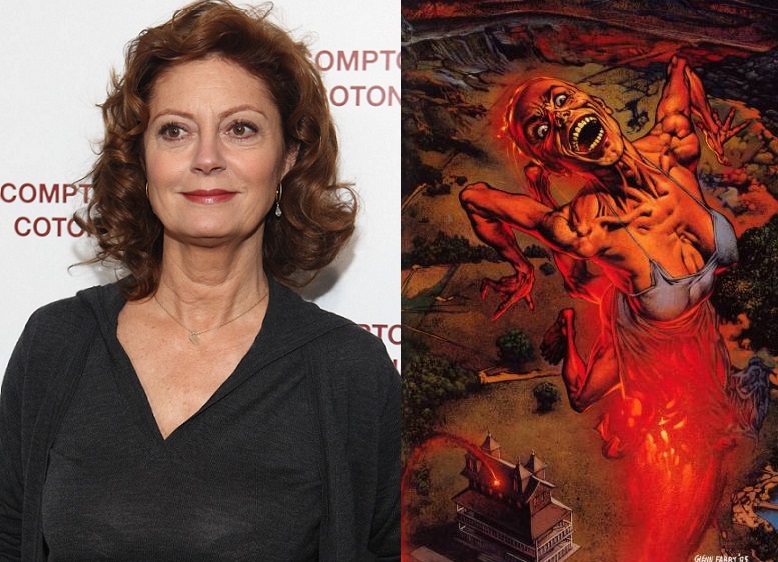 Jesse’s satanic grandmother could only be Susan Sarandon. My brain is hurting trying to imagine someone else in the role. Perhaps Jessica Lange, who’s been terrific in “American Horror Story” or Swoosie Kurtz (currently on CBS’ Mike & Molly) could be the horrifying matriarch, but Sarandon’s my choice.

Mark Callaway as The Saint of Killers

This mostly silent behemoth stalks Jesse and company throughout the series, and doesn’t have to say much. The man behind WWE’s Undertaker could bring the Saint to life (and he’s who I thought of to play the Saint 15 years ago when “Preacher” first came out). Though the character is based on Clint Eastwood, the Undertaker could definitely pull it off with the right coach/director.

Thanks for reading this look at AMC’s “Preacher”. Got any other ideas for casting the show? Drop me a line and let me know who you think would fit into the world of “Preacher”.