First off, I apologize if you’re offended by the title of the article. If you’ve read my work for a while, you’ll know that I’ve been into comics, sci-fi and fantasy since before most of the staff of PTBN were even born, and that I have been, and always shall be, King of the Nerds.

My first memorized paragraph? “Space. The final frontier. These are the voyages of the Starship Enterprise” etc. at age two. I saw Episode IV: A New Hope in theaters in 1977 (I still remember the cheers and applause when Han came back to shoot Vader out of Luke’s way). In 5th grade, I received a trip to the office because I had enlisted half of my class into performing in a dramatized version of “Justice League of America” #200 (apparently, comics were not appropriate curriculum for the pre-teens of Murray, Utah). I wore a Bat-Symbol atop my high-school graduation cap (a month prior to Tim Burton’s first Batman film in 1989). At our wedding, my wife’s and my recessional (after “you may kiss the bride”) was a live brass quintet’s custom arrangement of John Williams’ “The Throne Room” (Luke, Han & Chewie’s award ceremony music). My firstborn son’s middle name is a tribute to the absolute greatest performance by an actor as a superhero to date (any guesses?). I know my geekery, gang, and I’m here to tell you:

Ben Affleck as Batman will not ruin anyone’s life.

Put down the razor-sharp Batarang that you’re tracing along your left wrist. Slow down before you sign that change.org petition. Stay off of Twitter and stop thinking how creative you are with your “Matt Damon as Robin” memes. Besides, if you think you’re angry, try reasoning with a twelve-year old girl who loves Matt Smith as Doctor Who and won’t watch it now because they cast a middle-aged guy. THAT is otherworldly passion.

Affleck as Batman really is not that big of a deal. People are getting ridiculously worked up over an established, well-known actor being cast as an eccentric billionaire who dresses up like a flying rodent and fights crime. This isn’t even for a solo film or series of films (yet) anyway, just a team-up movie (with a definite hero against hero showdown) tentatively entitled “Batman vs. Superman”. So you don’t think he fits the character? NO ONE thought Michael Keaton could be Batman.  People saw that first Batman movie over and over that Summer, it was a true cultural phenomenon, and nobody had a problem with Keaton as Batman  (even though his casting perhaps only worked because it fit Tim Burton’s particular unique style).  In fact, Keaton brought a brooding darkness to Bruce Wayne that added considerable weight to the film. Heath Ledger’s casting as the Joker was initially ridiculed, and you know what? His performance won an Oscar and made “The Dark Knight” the most highly acclaimed superhero film EVER. Robert Downey, Jr. hadn’t been relevant in years before taking a risk on “Iron Man”, and now the unprecedented success of the massive Marvel film empire is built upon his embodiment of Tony Stark/Iron Man. Please don’t get me wrong, by no means am I guaranteeing that Affleck won’t be awful. I’m merely stating that there’s a track record for someone you may not expect to do well stepping up and owning an iconic comic-book role. Of course, there’s always Nicolas Cage in “Ghost Rider”, but again, I digress.

Ben Affleck is on a serious roll dating back to his daring performance as George Reeves (ironically, Reeves’ was television’s first Superman) in 2006’’s “Hollywoodland”.   Though Affleck hardly looked the part, he conveyed Reeves’ troubles with alcohol and women and showed a up-to-then unseen depth. Three years later, “The Town” featured Affleck in a compelling role as a romantically-torn bank robber (he also directed, but we’ll get to the relevance of that in a moment) and was a very well-regarded film.  Affleck also got himself into excellent physical shape for the role, and that bodes well for “Batman vs. Superman”. 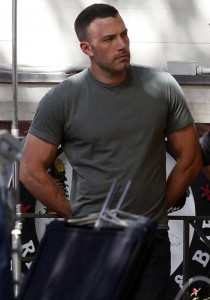 Apparently, people are also forgetting that 2012’s “Argo”, in which Affleck played the lead, won the both the Academy Award and Golden Globe for Best Picture. Clearly he’s no Pauly Shore, people. Give him a little dramatic credit.

So you think he’s too associated with other roles (or for being mega-celebrity Ben Affleck) for you to buy into him as Bruce Wayne/Batman? Most people I know are willing to accept Patrick Stewart as both Captain Picard and Professor X. I can watch “The Fighter” over and over and not once be reminded that Christian Bale played Batman/Bruce Wayne on the big screen more than any other actor while watching his performance as Dicky Ecklund. Ian McKellen is Gandalf AND Magneto. It can be done. For more than half the movie, Affleck will be wearing a cowl anyway.

When word leaked that Batman would be presented as a grizzled veteran inspired by Frank Miller’s 1986 classic, “The Dark Knight Returns”, speculation ran wild as to who would get the role. Assuming Bale wasn’t coming back, and the producers of the film would want to leave the previous Batman trilogy as a self-standing entity (eliminating the confusing possibility of Joseph Gordon-Levitt as a non-Bruce Wayne Batman) fans theorized as to who WB would cast. Many people on Twitter lobbied for Castle and Firefly’s Nathan Fillion, but his ABC contract locks him up for a while. I had personally hoped for Josh Brolin, who could definitely handle the veteran brawler aspects of Batman, but perhaps Warners associate him with too many flops (specifically the awful film made of DC’s western hero Jonah Hex, which was a movie that made “Wild Wild West” look like “The Godfather” in comparison). After seeing Brolin in “Men In Black III, however, I thought he’d be just right for a near-retirement age Bruce Wayne. Affleck comes off as much younger, and though he’s 41, he has a youthful look that will potentially keep him in this role for possibly the next 5-7 years depending on how DC develops their “Justice League” franchise. In addition, it’s very important to note that Affleck’s name was seriously linked last year to directing the Justice League movie. Perhaps a deal is already in place for Affleck to star and direct in the next DC film after “Batman vs. Superman.” Affleck’s chemistry with Henry Cavill (Superman) is unknown; but Zack Snyder has been a proven action and dramatic director and will likely push the leads in the right direction. With Christopher Nolan, the visionary who made “The Dark Knight Trilogy” into the most successful DC comics film franchise ever, overseeing the film as executive producer, Warner Brothers and Legendary Pictures are not going to let this become the train-wreck that fandom-at-large and the twitterati believe it’s going to be. “Man of Steel” did very well at the box office, and was generally liked by fans and critics (including this one, even though there was too much repetitive rapid-fire action and cataclysmic destruction at the end for me). The exact same team of writers, producers and director are working to make “Batman vs. Superman” (not crazy about that title, by the way) into an even bigger success than “Man of Steel” was. My only trepidation is that Frank Miller, who butchered the adaptation of “The Spirit” and whose last two attempts at writing Batman comics (“The Dark Knight Strikes Again” and “All-Star Batman”) were just terrible, is apparently around as a consultant for the film. Hopefully, they’re only talking with Miller about his excellently written initial fight scene between Superman and Batman in “The Dark Knight Returns” and aren’t listening to his maniacal ravings about anything else. (Seriously. Dude’s gone nuts). If “S vs. B” turns out to be a major bomb, they can easily tweak some things for the subsequent “Justice League” film. They’re Warner Brothers; they’ve owned these characters for 70+ years. They will endure. Look how easily they’ve made it seem as though Ryan Reynolds in “Green Lantern” never happened.

What’s the worst case scenario anyway? He’s Batman. He survived the smear campaign of Fredric Wertham (who posited in 1954 that Batman and Robin were subversive gay role models–I have no comment) in “Seduction of the Innocent”.

He endured a campy TV show starring Adam West and Burt Ward that was groovy for its time (1966-69) but has aged worse than Carrie Fisher and Kathleen Turner combined. He suffered his mighty name being dragged through the mud with Joel Schumacher’s terrible films (Batman Forever and Batman & Robin).

He’s starred in two atrocious, abysmal, and god-awful mini-series written by Kevin Smith, and Smith’s threatening a third! Batman has seen worse than whatever Ben Affleck is about to do to him.

If (and it’s an unlikely “if”) Affleck ruins “Batman vs. Superman” and the film turns out to be forgettable, or even terrible, we still have some unsullied depictions of Batman out there to get our fix:

“Batman: The Animated Series” from the early ‘90s remains a timeless and flawless interpretation of the Caped Crusader, and the DVD’s are available in single-season and complete series sets. For many, this is the absolute definitive version of the Bat. “Batman: Arkham Asylum”, “Batman Arkham City”, and the upcoming “Batman: Arkham Origins” are amazing video games for Playstation 3 or Xbox 360 that are universally well-liked and feature a classic Batman vs. bad guys story that for many is fun to even just watch somebody else play. The complex storyline, state-of-the-art graphics and outstanding voice performances make these games terrific examples of what can be done with Batman. 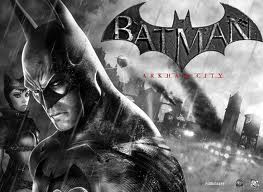 God forbid someone on the internet who’s angry enough to complain about what actor is playing Batman in the new movie buys an actual comic book in this day and age, but writer Scott Snyder is currently tearing it up on DC’s current “Batman” book. Any of the trade paperbacks written by Snyder are sure-fire good reading and highlight a Batman worth rooting for.

I feel Ben Affleck is up to the challenge, and that his work as a director will help him prepare for the iconic role of Batman. Affleck is well-liked in Hollywood, and can also lean on his connections if he needs help drawing inspiration. Affleck’s group of friends includes Matt Damon of course, Harvey and Bob Weinstein, Jon Hamm and Kevin Smith.
Wait.

Does having Ben Affleck as Batman mean Kevin Smith is involved in the DC Cinematic Universe? Kevin Smith, who wrote the single worst take on Batman (making him into a tantric sexual overachiever–I’m not making that up) that I’ve ever read? 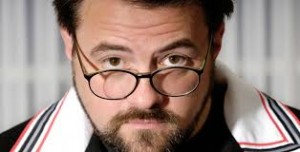 This is worse than I thought!  Get Nathan Fillion on the phone right away!