Hi friends! Happy Christmas, Merry Chanukah, and Blessed Festivus to you all. It’s good to be back!  Weber Has Issues is usually a blog that explores new “entry-level” comic books that require no previous comic book background or knowledge to understand and enjoy. This week’s column looks at yet another new title from Image Comics. So, come with me kids…grab your jetpack and let’s jump! 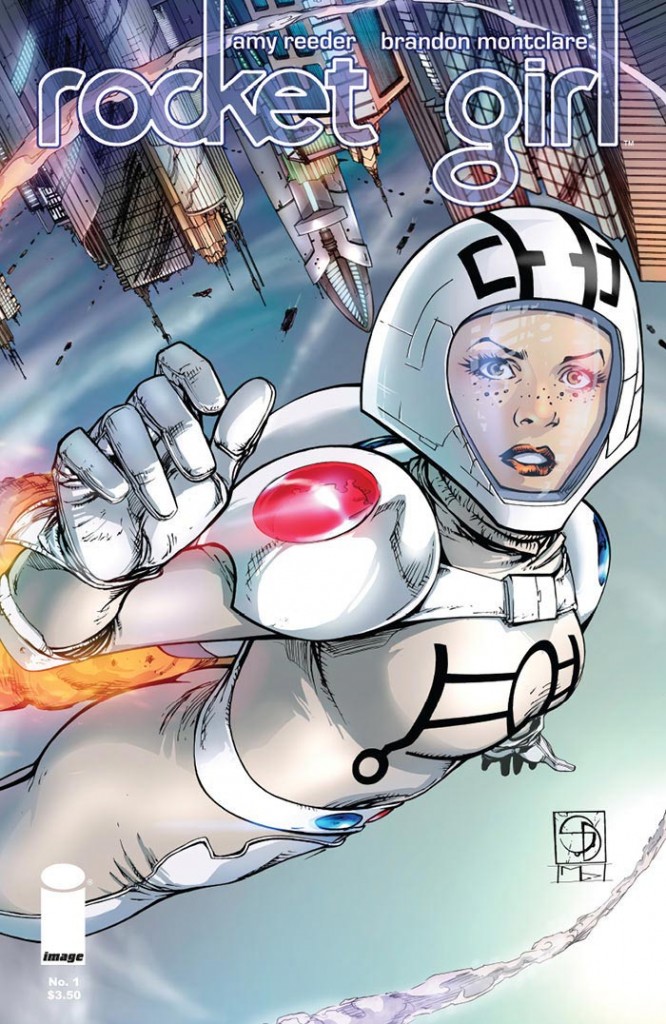 The intentionally non-capitalized rocket girl # 1 & 2  (Image Comics, $3.50 each), written by Brandon Montclare with art by Amy Reeder, is a sci-fi comic that’s a bit different.  Like “The Wake”, the story is told simultaneously in two time periods, but that’s where the similarities end between this and Scott Snyder’s undersea epic.  rocket girl takes place in 1986 and 2013, though the 2013 sequences show a greatly different present day than the one we’re used to.  A mega corporation called “Quantum Mechanics” oversees everything, and though there are flying cars and helper droids, all is not right.   “QM” are corrupt, and their anonymous board of directors control the government, commerce and pop culture. The title character is sent through time to the founding of QM in 1986 to stop them before they ascend to power (and make those cool flying cars). 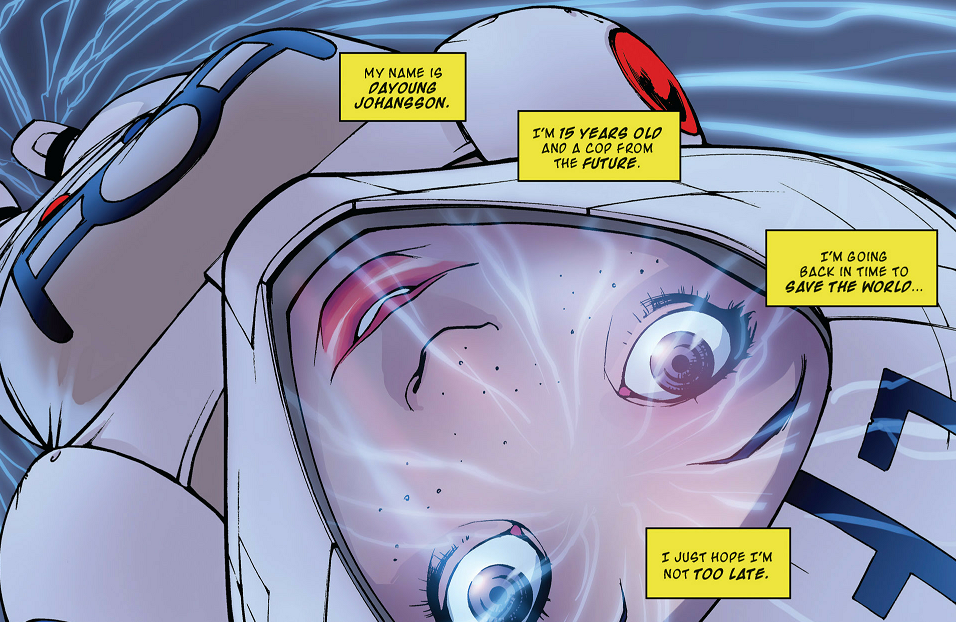 Dayoung, our heroine, comes to 1986 to change history a la “Twelve Monkeys” and “The Terminator” (like those classics, I’m afraid she’ll end up creating her future instead of changing it).  She shows up with only her flight suit and nifty jetpack.  She falls in with the NYPD and has her own “scooby gang” of QM founders (an interesting twist, that they’re her friends) in no time.  As first and foremost a good cop, she stops a crime in an arcade before setting her sights on getting back to QM and their “Q-Engine”, which is destined to alter the entire world.

I struggled to read this comic at first – the dense story (not necessarily a bad thing) takes some time to process.  With repeated readings (and no screaming children in the background), this book is quite a bit of fun.  Dayoung is very likable, and her supporting cast (the 1986 version, at least) is a lot of fun.  Both the plots in the present and past are well-told stories, and after the initial confusion, I really enjoyed where this comic went.  I guess I’d rather be initially confused but later rewarded for taking my time with this one than reading something that’s just too simple and linear (whatever happened to “Spawn” anyway?)  The dialogue is fun and sassy, though there is mild profanity and a flipped bird. 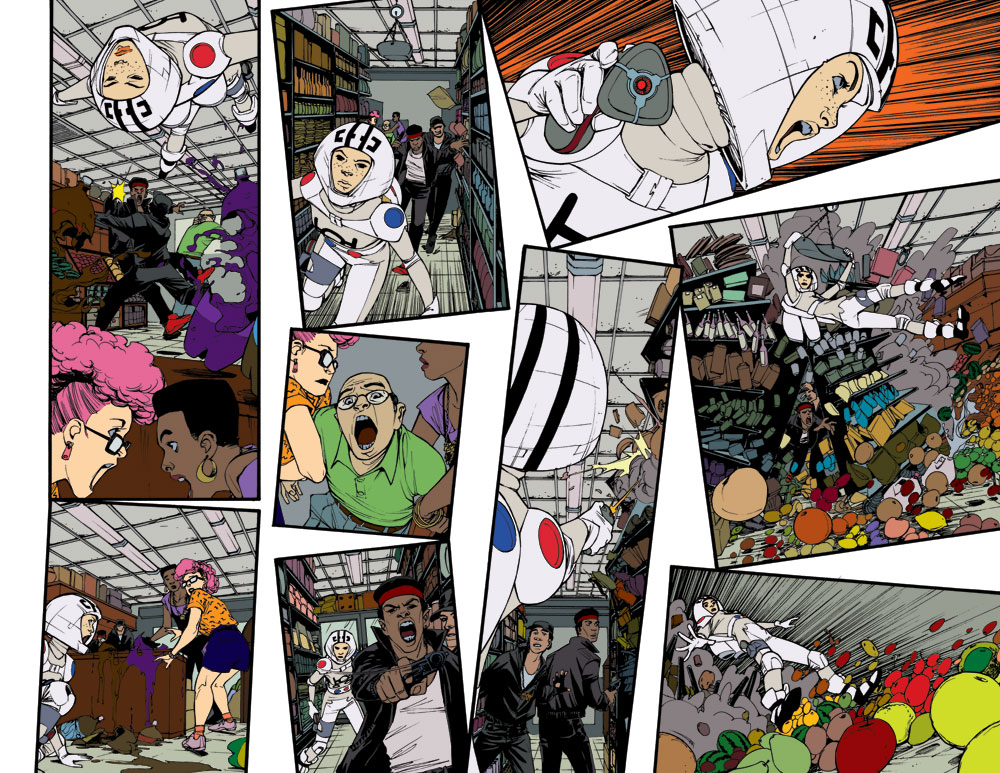 The art is the main attraction here.  Stunningly beautiful, with rich colors, Amy Reeder’s artwork here is just lovely.  Though it looks very nice in print, this is the kind 0f comic book art that may look even better digitally on an HD tablet via the Comicology app.  (I once thought I’d never go digital, but it’s a really nice way to check out new books that my local comic shop may not carry).

So, rocket girl = lots of fun.  Though they may be trying for the teenage market with this one, this is a book that pretty much everyone can read and enjoy.   rocket girl is a breath of fresh air.  I’m still not used to not capitalizing book titles, though.

Who would like this:  Watchers of Fox’s “Almost Human”, older teens, readers of Marvel’s “Runaways”.

See you next time!