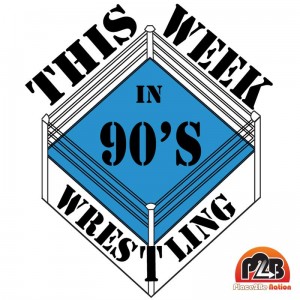 At the Sportatorium in Dallas, Jeff Jarrett and Tom Pritchard had the first in a series of excellent matches in their criminally underrated feud. The two had matches at Mid South Coliseum around this time that appeared to up the violence quotient, but the weekday afternoon timeslot on ESPN necessitated the calmer matches of the feud would be aired on television.

New Japan held a card in Yokohama that included a ***3/4 match between Shinya Hashimoto and Masa Chono. Also on the card, Vader and Bam Bam Bigelow defeated Keiji Muto and Hiroshi Hase to win the IWGP Tag Team Titles.

CMLL hosted a barnburner of a match at Arena Mexico, when Cien Caras, Mascara Ano 2000 and Sangre Chicana faced Konnan, Perro Aguayo and Rayo de Jalisco in a ****1/2 match.

UWFI and New Japan held the High Tension card at Budokan Hall in Tokyo in front of a sellout 16,500 fans. Each match pitted a UWFI wrestler against a New Japan wrestler as part of the ongoing inter-promotional feud. In the main event, one of the pre-eminent junior heavyweight feuds of the 1980s was revived when UWFI’s Nobuhiko Takada faced New Japan’s Shiro Koshinaka in a ***3/4 match. The show also marked the last UWFI appearance of Kiyoshi Tamura, as he faced Kazushi Sakuraba in a terrific match.

All Japan Pro Wrestling held a card at Budokan Hall in front of a sellout 16,300 fans. While the attendance did not reflect it, this was one of the weakest Budokan lineups of the decade. The show was headlined by Mitsuharu Misawa defending the AJPW Triple Crown in a disappointing match against Steve Williams. By this time, Dr. Death’s best days were behind him. The best match of the show was a *** tag match where Toshiaki Kawada and Akira Taue teamed to face Yoshihiro Takayama and Gary Albright.

ECW aired Living Dangerously on pay-per-view live from Asbury Park, NJ. In the main event, Al Snow and Lance Storm defeated Shane Douglas and Chris Candido, a match made interesting because Storm and Candido were the ECW Tag Team Champions at the time, but they were on opposite sides. Also on the show, Bam Bam Bigelow defeated Taz to win the ECW TV title in a match that featured a memorable spot where both wrestlers fell through the ring. Adult film star Jenna Jameson also made a cameo, declaring herself the promotion’s newest announcer and seeking interviews. The show did approximately 83,000 buys, and you can watch it on the WWE Network.

WWF Monday Night RAW aired live from Cleveland, OH, in front of a sellout 16,566 fans. The show was largely uneventful, with the highlight featuring Public Enemy doing an unfunny parody of The Brood. Still, the show drew a 6.3 rating, toppling Nitro by two full points.