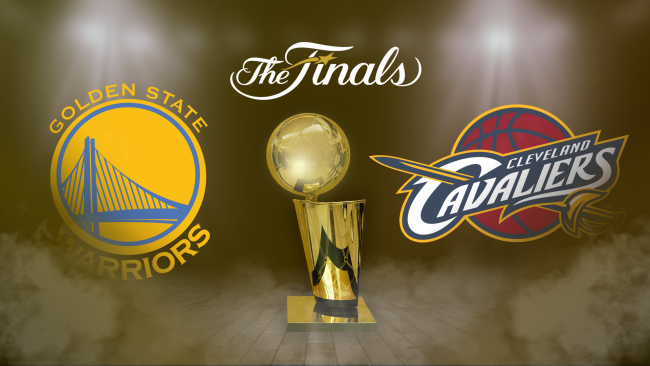 It all comes down to this… the REMATCH.  Throughout this great NBA season, the Finals felt predetermined at times. The conventional wisdom was that no one could hang with the Cavs in the weaker Eastern Conference and the Warriors were too historically good to not come out of the much more difficult West. The Oklahoma City Thunder tried to throw the biggest of monkey wrenches into these plans, but somehow fell short after having the defending champs on the ropes down 3-1. While Game 6 in OKC will haunt Kevin Durant and Russell Westbrook for a long time, the end result of the series gives the world exactly what we have wanted to see. The story lines are copious in this matchup:  Can King James, with his army at full strength, topple the mighty Warriors and bring the city of Cleveland their long awaited championship? Do Games 6 and 7 versus OKC prove that Steph Curry is finally fully healthy and ready to perform at his standard otherworldly level? Which Draymond Green will show up? Who will Kevin Love guard? Let’s break it down!

This is such an intriguing matchup. The biggest key to the series, in my humble opinion, is three point shooting. Both teams have been lights out in the playoffs. Whoever is able to continue that trend gives themselves a great chance to come out victorious. The conventional wisdom would say that the Warriors are the better shooting team overall. I agree with this. Klay Thompson and Steph Curry are probably the two best pure shooters in the league… and they play in the same back court. When they are both knocking down jumpers, as we saw against OKC, the Warriors are unstoppable. While the Splash Brothers are unbelievable, I don’t feel the question of who wins the three point battle is cut and dry. One thing that really stood out in the OKC series was the degree of difficulty on the shots Curry and, especially, Thompson were making. Those type of looks will most likely not keep going down at such a high percentage. The Cavs, on the other hand, because of LeBron’s ability to drive and kick are shooting wide open threes all the time. They have a number of capable shooters including Love, Kyrie Irving, JR Smith, and Channing Frye. If the Cavs can just play the Warriors even from three point land, the matchup seems to dictate that they have an easier path to victory. 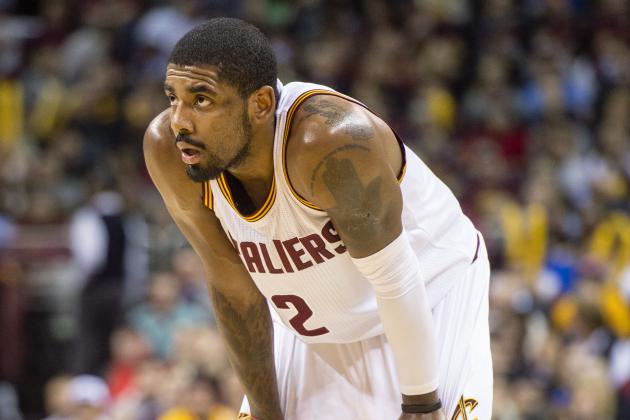 Another major factor in this series will be the addition of Irving and Love to the group that took the Warriors to six games last year. Neither guy plays much defense. Irving is the more capable defender of the two but he will have his hands full matching up with Curry for large stretches of the series. That matchup is a huge edge for the Warriors. Love’s defensive shortcomings are well known. Personally, I don’t think they will be a huge problem against the Warriors. Golden State doesn’t have the type of traditional power forward that has historically given Love fits. He will most likely spend a lot of time matched up with Draymond Green and Andre Iguodala. Both guys have a quickness advantage on Love, but neither is the type of scorer who can take over the game. I think this doesn’t play out as badly from a defensive standpoint as other experts I have heard on the topic. What Kyrie and Love lack on the defensive end, they more than make up for with offensive firepower. Love has become an excellent spot up three point shooter and is still very capable working on the block. Irving is just a pure scorer who can create his shot on anyone, anytime. His abilities allow LeBron to take some offensive possessions off. The King broke down toward the end of last year’s finals. With Irving and Love healthy, this should not be an issue. Also, the Cavs being at full strength will allow them to throw Dellavadova at Curry for stretches without gassing him. As we saw last year, he has the ability to disrupt the MVP.

For the Warriors, their big key to this series is ball movement and defense. They need to create better looks for Curry and Thompson than was the case against OKC and they need to defend the three point line and not let the Cavs shoot uncontested threes. They are certainly capable of both. This Warriors offense, when they are clicking on all cylinders, is the most explosive in the history of the NBA. It all starts with ball movement, and that ball movement starts with an engaged Draymond Green. Green had an absolutely awful series against OKC. Staggeringly, he was a net negative for the Warriors as they actually played better when he was on the bench. To beat the Cavs, they need the real Draymond. One of the more unique players in the league, Green can beat you in a myriad of ways when he is right. A master facilitator he consistently gets Curry and Thompson great looks. Defensively, he or Kawhi Leonard were the best in the league overall. One would think that Draymond will have to check LeBron for large parts of the series. If he is able to somewhat control James without help, it will go a long way toward not giving up those open threes. Green really seemed to lose focus mentally against the Thunder. He played better at the end of the series, but certainly not up to the level we would expect based on his regular season performance. It will be very telling tonight to see what Warriors offense shows up: the ball moving, fluid machine we are used to or Curry and Thompson shooting contested threes while the other three guys stand and watch that we saw against the Thunder.

For the Cavs to win, the game plan is simple: run everything through LeBron and let him create shots like only he can. In Green and Iguodala, the Warriors probably have the best chance of slowing down James of anyone in the league. Both are big, strong wings who play great on the ball D. The fact that LeBron hasn’t been able to make jump shots of late only helps Draymond and Iggy. With that said, James is the most difficult cover in sports. His combination of size, strength, athleticism, and passing ability make him a nightmare for anyone. I think the Cavs will be able to score in this series, the big question is whether they can put up any resistance against the Warriors high octane attack. Lebron and Tristan Thompson are both very good defenders. Smith, Love, and Irving are not. It will be very difficult for the Cavs to play those three guys together against the Warriors best lineups. I would expect to see a lot of Iman Shumpert with the starters as he is a plus defender who could give Klay Thompson some trouble. The Cavs really have no answer for Curry defensively and have to hope that Kyrie can come close to matching him on the offensive end. It wouldn’t surprise me to see LeBron guarding Steph down the stretch in any close games, but he can’t do that for long stretches given Steph’s quickness and constant motion.

So how does it play out? I think we are in for an epic battle. Golden State hasn’t been the juggernaut they were during the regular season and you have to think that the life and death battle with OKC took something out of them. Cleveland has essentially breezed through the playoffs and should be very fresh. I do believe that Golden State is the better team, but not by much. Regardless of who took home the MVP trophy (and it was well deserved), LeBron is the best player in this series. The city of Cleveland is hungry for this and you know LeBron is as hungry as he’s ever been. The Warriors will be a very tough out, especially at Oracle. I think the drought ends for the good people of Cleveland. The King is going to deliver the championship. Cavs in 7.