Skip to content
Nostalgia The Best of PTBN Wrestling
Cowboy 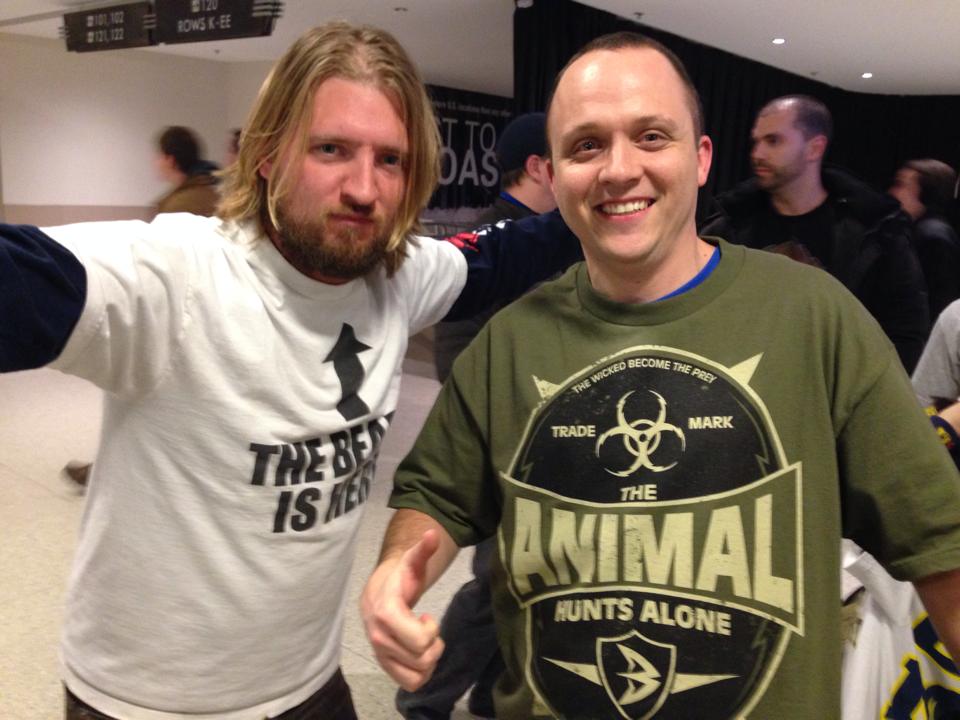 I am not a wrestling expert. Let’s get that out of the way upfront. The wrestling expert I hang out the most with calls me “Vince McMahon’s dream fan”. I’m 34 years old and have been out of the game for quite some time. Only recently, after joining the staff here at PTBN as an MMA/Boxing writer, have I made the trepidatious foray back into the world of spandex and suplexes that is professional wrestling. In order to put my views into the proper context, I think it is important that I share a little bit about my history as a wrestling fan. As a youngster, I was beyond into it. One of my earliest memories is watching WrestleMania III on television. I still remember the excitement that the classic Macho Man vs. Ricky “The Dragon” Steamboat match brought me. I remember my amazement when Hulk Hogan body slammed The Giant. I was hooked. I attended a myriad of live shows with my father at the Boston Garden, Providence Civic Center, and Worcester Centrum. The Macho Man was my favorite wrestler with Hulk Hogan a close second. I considered the Megapowers tag team to be the most unstoppable force in the universe. I continued to be a big fan through the Attitude Era. The last live show I attended was a Smackdown event at the Centrum late in 2001. I loved the Rock and Stone Cold and, lucky for me, on this night they both ended up in the ring at the close of the show singing songs together after the program went off the air. After that, I slowly but surely moved away from the WWE. I didn’t consciously stop being a wrestling fan. Life got busy, I got older, and I just sort of stopped watching. My big leap back into professional wrestling fandom occurred last weekend when I attended the Royal Rumble in Pittsburgh with my PTBN brethren. Here’s how it went down:

Knowing that I would be attending the event with a group of wrestling junkies, I made sure I brushed up on my current knowledge of what was going on in Vince’s world. I made sure to watch Raw the Monday before the Rumble. It just so happened that one of my guys from back in the day was returning from a four-year hiatus: “The Animal” Batista. The crowd cheered loudly on Raw as they announced his return and that he would be participating in Sunday’s Royal Rumble. This was great! I love Batista!! I decided then and there that I would be hitching my wagon to “The Animal” for the Rumble. Given the crowd reaction on Raw, I felt this was a safe choice. What could go wrong?

We arrived in Pittsburgh early on Saturday and expectations were high. I knew Justin and Andy very well prior to the weekend, but the rest of PTBN were strangers to me. We convened at the hotel and it was quickly apparent that this was a great group of guys. I was put in charge of non-wrestling related entertainment and I took my duties seriously. My time window was Saturday afternoon from 3:00 until about 6:30 (that is when we would be attending a Ring of Honor show, something I had never heard of). I researched the local hot spots and tried to make sure that everyone enjoyed themselves. Needless to say, mission accomplished in that area. I did my best to make a good impression on everyone because I knew that my lack of wrestling knowledge would be quite apparent very quickly. When 6:30 came, it took a Hulk Hogan like adrenaline boost for me to get out of my chair at the local watering hole we were hanging out at and attend the Ring of Honor show. 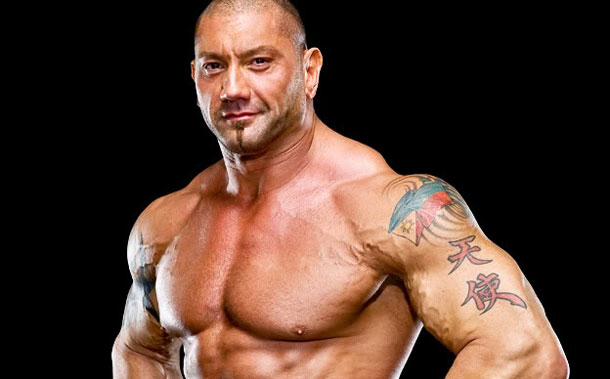 My first live wrestling event in over a decade was not what I expected. I had previously only attended shows that were held in large arenas. Ring of Honor was in a much smaller venue. You could almost call it quaint. We arrived just as the show was about to kick off and grabbed our seats about six rows from the ring. Given the size of the venue and my own internal biases, my expectations were not high. I openly questioned the decision to leave our previous place of enjoyment in order to attend the show. Once the action kicked off, I was pleasantly surprised. While the crowd was small, they were vocal. One individual in particular, who happened to be staying at our hotel, showed the incredible ability to look like he was going to fall over drunk for approximately eight hours straight. Not surprisingly, I didn’t know any of the wrestlers for most of the show. The matches were fast paced and enjoyable. The main event featured an old favorite of mine, Matt Hardy, on one of the tag teams. I was pumped. I loved the Hardy Boys! For some reason, the Ring of Honor crowd was not as happy to see Hardy as I was. They booed him, called him fat, and started a number of insulting chants directed toward Matt. I didn’t get it. Sure he looked a bit older and had certainly slowed down, but this was Matt Hardy! Anyway, Matt lost and the crowd was happy. Overall the show was good and served as a great appetizer for the Rumble.

Sunday afternoon we made a brief stop at our favorite downtown watering hole where we were quickly becoming regulars. The staff was crushed when I told them we would be leaving town the next morning. For only being there for a few hours, our group really seemed to make an impression. It was now time for the Rumble! I was pretty pumped. Once inside the arena my first order of business was to purchase t-shirts. I needed one to wear for the Rumble and my wife asked me to pick her up a Wyatt Family tee and bring it home to her. Unfortunately, the merchandise booth only had Wyatt Family hats and sheep masks. I thought long and hard about the sheep mask but decided, instead, to get her the nice Ultimate Warrior tee-shirt. It was black and had two pictures of what looked like the same guy with their face painted. It also had some weird writing on the back, but I knew I couldn’t go wrong with the Warrior. I was later informed that the shirt did not feature the Warrior, but instead a tag team called the Usos. Smooth move Cowboy. For my shirt, the choice was easy. As stated earlier, I was on the Batista train for this show. I also liked the idea that since he had just returned to the promotion, I would be purchasing the hot new shirt. I quickly scooped up an XL “The Animal Hunts Alone” shirt and threw it on. This was going to be awesome!

As we took our seats I looked around and saw a sea of Daniel Bryan shirts and beards. There was one person sitting close to us in full Goldust makeup (ouch), but other than that it was mostly Bryan. Before the show had even started the crowd was doing the “YES, YES!!” thing. Everybody absolutely adores him. I am not a huge fan of Bryan’s. The fact that he has become SO popular has turned my slight dislike into a bit of a grudge. I feel like I’m the only person who doesn’t love this guy. I don’t get the fascination. He’s a bearded short guy with the same physique as me. He jumps around and says “YES!” a lot. If you locked him in a room with Orton, Cena, Batista, or Reigns they would end his life without breaking a sweat. Don’t get me wrong, he’s a very talented wrestler and I enjoy his matches. I just don’t feel that he is WWE Championship material.

There are plenty of recaps and reviews out there of the Rumble itself so I won’t bore you. We all know what happened: Bryan loses to Wyatt. Everyone thinks Bryan is going to win the Rumble. Bryan isn’t even in the Rumble. Batista wins the Rumble and immediately gets booed out of the building. I have never been at a live event where the booing was louder. Not just for Batista, but for the title fight between Orton and Cena as well. It angered the wrestling fan in me. We didn’t boo Hogan! Over the course of the evening I had scanned the crowd and decided that I quite possibly may have been the only person wearing a Batista shirt. A bit of a miscalculation, but I needed to back my guy. That sense of responsibility coupled with the crowd’s vitriol toward all things not Daniel Bryan brought out the heel in me. When Batista threw Reigns over the top rope to win the Rumble I stood up, clapped and cheered loudly, and pointed two thumbs to the “Batista” on the back of my shirt. I hope that Bryan somehow ends up in the Main Event at WrestleMania so that Batista can finish him off, once and for all. My biggest takeaway from the event was that while the fans may want the “little engine that could” to win the race, Vince will always have a locomotive ready to knock him off the tracks.  And I like it.

Needless to say I have been put in the position of defending my stance as a Batista fan once or twice since the Rumble. I’m standing strong and will continue to support “The Animal”. He’s an old school fighter and I’m an old school fan. Overall I had a fantastic time at the Royal Rumble. I’m hooked on wrestling again as I made sure I was home in time for Monday Night Raw for the first time in years and I watched the whole show. The PTBN crew was great to hang out with and very accepting of my alternative lifestyle (non Daniel Bryan fan). I look forward to doing this again someday soon. My big takeaway from the weekend is that I love new WWE, but I also kind of hate it. Cowboy out!