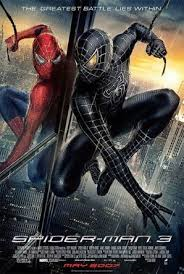 Top 10 Films for the Month of May:

May Winners: Spider-Man 3 and Shrek the Third

So as we head into the pivotal month of May for the year of 2007, we have now reached exactly one year since I launched the box office report series as the first month I looked at was the month of May 2006. Back then, there were a few films that did pretty well and the month ended up being pretty balanced in terms of successes and failures for the films that were released that month. One year later in 2007, the month of May is certainly a bit more unbalanced as it was primarily dominated by three films while the rest of the films were forced to pick up whatever scraps there were to pick up. As a result of this, there are only two films from this month that end up becoming winners of the month with the third just missing the mark which we will delve into later. The first film of the month to be a winner is the 3rd part of Sam Raimi’s Spider-Man trilogy which sees Peter Parker try to balance his duties as Spider-Man and his devotion to Mary Jane Parker while protecting the city from Sandman, Venom, and the new Green Goblin. Despite having less favorable reviews from critics due to the overabundance of villains and the possible franchise fatigue as it did finish third behind the first two films, there was still plenty of money to be made with the franchise and Spider-Man 3 did just that by finishing at the top of the month and possibly the year of 2007. The other film released this month that claims the title of winner of the month is the animated film Shrek the Third, the 3rd part of the Shrek trilogy which sees everyone’s favorite ogre try to find the rightful heir to Ever, Ever After while coming to terms with becoming a father. Much like Spider-Man 3, the reviews weren’t as positive than they were for the last two films and was also expected to experience franchise fatigue, but it would end up finishing ahead of the first Shrek though significantly behind the second one and it did make plenty of money as the market was pretty devoid of family animated films at the time. It seems pretty weird to see only two films be considered winners considering that the month of May pretty much kicks off the beginning of the summer, and coming off a pretty average spring this should’ve been a better way to kick off the summer though the next few months should get things fired up.

May Loser: Lucky You

On the surface, it seems like anything that was below the top 3 for the month should easily be considered losers for the months as no film released this month didn’t even scratch the surface in the wake of those big three films. However, going into the month there weren’t many expectations for those films and it would’ve been somewhat surprising if any one of them were able to break out and have a great run against those big 3. As a result, most of the films did end up finishing about where they expected to finish save for one which was the clear loser of the month and that was the drama Lucky You, a film where a poker player attempts to compete in the World Series of Poker while establishing a relationship with a singer. Unlike the other films released this month which had moderate to low budgets and essentially met them, this film had a pretty decent sized budget though it ended up crumbling under the weight of Spider-Man 3 and it would pretty much limp its way through the rest of the month which makes it one of the bombs of the year.

One constant that we will see throughout these months going forward and from what we have seen a few times, some of the more prominent films that are released are either sequels or prequels to other films. The success of the sequels would vary in terms of success as some could do better than their predecessors though there will be times where a sequel falls behind the predecessor. When it comes to the month of May 2007, this is a clear example as the top three films for the month are not only sequels, but they were part 3s which was unheard of at the time. All three films did very well as all three finished with over $300 million during their runs and clearly carried the month of May, and to an extent you can also include the film at #4 which was also a sequel in 28 Weeks Later which was the sequel to the horror film 28 Days Later. It was an interesting spot as the year of 2007 has been pretty up and down as it started on a major down, picked up a bit in March and flatten out a bit in April before perking up again here in May as we head into the summer.

Overachiever of May 2007: Shrek the Third

So picking the overachiever of the month was a pretty interesting choice in that it really came down to one of the two winners, either Spider-Man 3 or Shrek the Third since both made a lot of money and controlled the month for the most part. However when looking at both films very closely and their runs after they were released, I have to give the slight edge in this category to Shrek the Third. At the time of its release, there were no major family films released since Meet the Robinsons back in March and that film was pretty much at the end of its run, so this was prime opportunity for the Dreamworks film to rake in some serious cash prior to Pixar’s big release the next month. As mentioned, the reviews for the film were pretty mixed by critics though the general public seemed to enjoy it despite being somewhat the same as the previous two, but it was clear that there seemed to be just enough in the tank for this franchise and one had to wonder if there would be a potential fourth film down the line.

Underachiever of May 2007: Pirates of the Caribbean: At World’s End

On the surface much like trying to come up with a loser for the month, it appeared that the rest of the month aside from the top three should be considered for this category. There was an opportunity for one of the those films to potentially break out and serve as perfect counter-programming to those three, but none of them did though in fairness none of those other films were expected to do much to begin with so that saves them from behind considered the underachiever. In the end, the underachiever of the month ends up being a film that you would think shouldn’t be considered since it did end up making over $300 million and that’s the third installment of Pirates of the Caribbean. We turn back the clock to July of 2006 when Dead Man’s Chest completely dominated that month and earn the titles of winner and overachiever of the month, and now 10 months later At World’s End ends up underwhelming to a certain extent. While it would end up breaking the record for Memorial Day weekend that was set a year earlier and it still holds the record as of 2017, it would end up sinking as June started with some big films taking away some of its starch in the long run. In addition, the fact that it was released only 10 months after the second one made it feel like overkill  and we wouldn’t end up seeing another Pirates film for another 4 years which might be contributed to At World’s End’s lackluster run. It is really interesting to see a franchise have one film be so successful and then have another one be so pedestrian which is funny to say considering how much it did make, but again franchise fatigue was to blame and it would not be the last time a franchise would be bogged down by that factor.

May 2007 Awards Watch: Pirates of the Caribbean: At World’s End

Overall, the month of May 2007 was a pretty interesting month in that it did perk things up at the box office mainly thanks to three films, but the rest of the month was pretty putrid and prevents the month from reaching even higher heights. Just to give you an idea of how unbalanced the month was in terms of success, the 11 films released this month combined for a total of over $1 billion and the top three films of Spider-Man, Shrek, and Pirates attributed for 92% of that total which is completely insane to think about. Coming off a pretty tepid month in April where most of those films were pretty much coming to an end, the top three films of this month pretty much dominated the month and are currently sitting atop for the year in general. As mentioned, we are now one year removed from when I started the Box Office Reports and it is interesting to see how far we have come in one year, and as we now head into the summer of 2007 we will see how things play out and if they can continue to build on what the top three released this month did. As for the month of May 2007, it was a pretty successful month pretty much carried by the top three films and it is just enough for the year of 2007 to get back on track after a blah April and a crappy start of the year back in January.