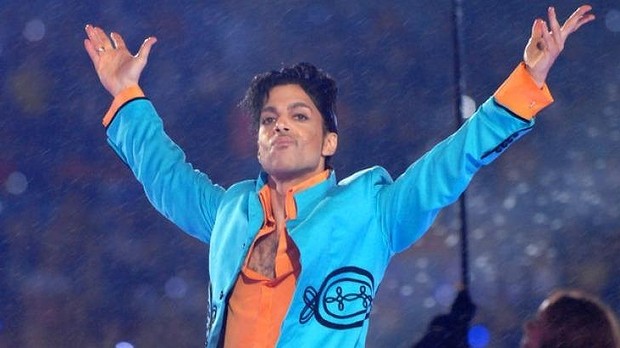 I was 16. One cold night my friend Ed and I told our parents we were sleeping over at each other’s houses. We made the pilgrimage in my mom’s 1991 Dodge Caravan through a blizzard to Chanhassen, MN. Ed was wearing a homemade cape. In the distance as we approached Paisley Park Studios, a neon purple peace sign blazed above the building through the blowing snow. The place had an energy that I had never felt before. There was such an eclectic mix of people of all ages and colors and everyone was really getting into it.

At about 2 A.M., the artist formerly known as Prince walked past us towards the symbol shaped stage. He was a larger than life figure with his wild fashion and swagger. He moved back and forth effortlessly between guitar, bass, piano and the drums. His trademark falsetto and vocal range sounded better live than recorded. Prince had a special way of interacting with an audience that really touched people. It was obvious that he fed off the energy of the crowd and gave that energy back one thousand-fold in the form of soaring guitar solos, theatrical dancing and playful personal interactions with his fans. I guess you could say a little bit of Prince’s performance rubbed off on me that night.

Two years prior in 1993, I found myself a high school freshman in a new city and school. Back then I was a bit insecure about my height, acne, braces and shyness. Some of the students started calling me “The Child Prodigy” because they said I looked about 10 years old. I am sure I wasn’t alone. I think most people go through a bit of torture in adolescence.

On a spring day, I walked home from the bus when I stopped at a garage sale. On a card table was a shoe box half full of old cassette tapes on sale for a quarter a piece. I picked out Prince’s Controversy, Purple Rain and Around the World in a Day. I knew who Prince was and the cover artwork was interesting – that was about it. But over summer vacation I nearly wore those tapes out. I didn’t really follow current music like a lot of other kids my age. I was on my own with Prince, but I was definitely hooked.

The tracks on these albums sounded like it came from another world. Some of my favorites were upbeat dance songs like Private Joy and Baby I’m a Star. I remember turning down the volume when my parents were around for the more explicit tunes like Jack U Off and Darling Nicki. But in the mid 90’s, it seemed like Prince had become something of a running joke for various reasons. I remember being afraid to tell anyone that I liked Prince or pro wrestling for fear of being labeled different. Secretly, I started to build up my collection of Prince Albums from thrift stores, discount bins and relative’s closets. Some of the albums were older than I was, but they sounded fresh to me and I was blown away every time I heard something new. Prince’s music was a mix of rock, r&b, soul, rap, new wave, electronic, jazz, folk, funk, punk, blues even a bit of country. I heard bold tales of love, sex and spirituality in his lyrics delivered in a creative and mysterious way. Not every song he wrote was a masterpiece, but he did write all of his own material. It was very original and I couldn’t wait to hear more.

My relative isolation as a Prince fan ended when I got a Packard Bell computer and a driver’s license for my 16th birthday. I started hanging out in some of the AOL message boards and got to know a few older Prince Fans, or as the artist affectionately dubbed them, “friends”. I met a lot of like-minded folks that were willing to share their knowledge and musical treasures. Against my father’s sage advice, I bought a large block of blank tapes and sent them away on a promise to get a collection of live bootlegs…for free. I swear to God my dad told me a hundred times that I could kiss those rather expensive tapes goodbye. After a month of impatiently waiting, I was beginning to agree with my old man. But the fated day did arrive and I was in heaven. The sound on the tapes was fuzzy, but the songs were longer, funkier and freer than the studio albums. Best of all, I discovered that most of these concerts had been held in the wee hours less than 20 miles from where I lived.

I started going to Paisley Park at every opportunity. Frequently I would show up and stand around in the cold for a few hours outside the studio and drive home tired, freezing and disappointed. But it was all worth it for the chance to see my hero. I remember one night in particular, during his Emancipation release, I brought a bunch of jackets from home that I let some of the “divas” borrow in line. At school I couldn’t get a date to save my life, but at Paisley Park I could talk to and dance around in the crowd with beautiful, older women from all over the world. I will never forget that.

In college, I went through a phase trying to imitate androgynous Prince in my own awkward way. I bought some shiny 1980’s women’s outfits from thrift stores with shoulder pads and tight pants. I actually used to wear this stuff to classes at the University of Minnesota as well as to places like the First Avenue night club. I remember my dad telling me, more a few times, that I should start thinking about wearing men’s clothes again. I would eventually follow his advice, but not before a lot of strange memories and a few embarrassing moments. I was even inspired to start trying to record my own music with a pen microphone and a cheap midi keyboard. 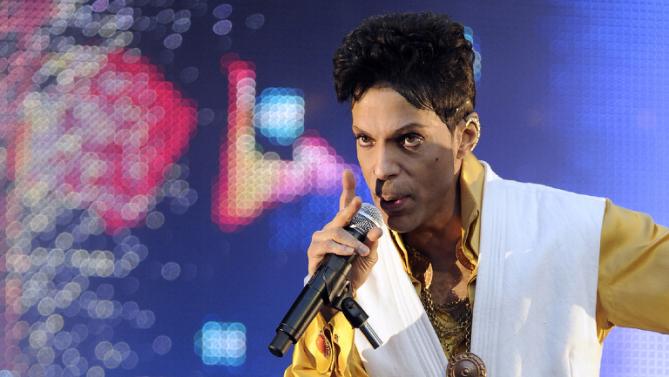 I kept buying Prince’s albums, but as I got older and settled down, my attention shifted to other things. A couple of weeks ago, when I heard that Prince had an emergency landing because of a medical issue, I was shocked. After recently losing my favorite uncle and childhood best friend, as well as David Bowie I was hoping for the best. A few days passed, and I heard some rumors of a last minute Paisley Park dance party. These days I am usually in bed by 10, and a boomerang trip out to Chanhassen in the dead of night seemed like rather a drag. I badgered my exhausted wife to come with me to the point of spurring an argument, but I felt I needed to go. A half hour later we were on our way. I turned up the stereo on one of Prince’s more recent projects, Third Eye Girl, while my wife sat quietly in the passenger seat.

My wife and I were ecstatic that our trip wasn’t in vain. Paisley Park was as magical as ever. The crowd danced to the hits of Prince and we took a seat on the stage with a few other fans. The DJ stopped the music and Prince emerged from seemingly nowhere. He stood just a few feet away looking as cool as always with his iconic good looks. He wore gloves with his symbol stitched on them. He was smiling. His calm, deep voice expressed that it had been a rough few days, and that he wanted to thank everyone for their support. He led us into the sound stage and showed off his brand spanking new purple guitar and Yamaha piano. He played chopsticks before taking a bow and saying goodnight. He left us with the recording from what would be his last concert in Atlanta. A few days later he was gone.

I never knew Prince personally, but he definitely changed my life. As fans, we got a peek inside the wonder of an open mind and the beauty of a kind heart. Wherever I travel, people seem to know and respect Prince. His talent influenced generations of musicians. He attacked the largest and smallest stages with the same energy and ferocity. With Prince there were laughs, tears and good times, and never any dull moments. He will be missed always.

You Heard About Pluto? – The Newlywed Game