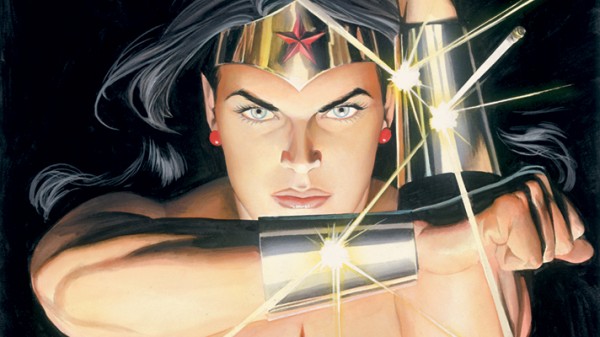 Regardless of your feelings on Man of Steel, this is huge news simply because Wonder Woman has never been on the big screen before. That fact is a travesty in itself, but there’s a bigger one looming over this movie now.

One of the biggest issues superhero movies run into is bloat. Too many big characters and not enough story makes for a really bad movie. See Spider-Man 3 for a really clear example of this. It was also one of many problems with movies like Green Lantern and both of the Joel Schumacher Batman films. I even thought Batman Returns had a little too much going on with two villains, but not to the extent that the aforementioned films had.

Man of Steel’s running time was 2 hours 23 minutes, and that was just to establish Clark Kent/Superman. Now we’re throwing Batman AND Wonder Woman into the mix along with who knows how many other big names (ahem, Lex Luthor). Sure, you can leave both Superman’s and Batman’s origin stories alone. Plenty of folks saw Batman Begins and Man of Steel, so they got it. But Wonder Woman is going to be new to a whole generation of fans.

The older, comic book-initiated will know all they need to know about her. But what about that young girl who’s never read a comic in her life? Is Wonder Woman, arguably the biggest and most iconic female superhero ever, actually going to play second fiddle to Superman and Batman in her film debut? No Wonder people think Warner Bros. and DC don’t have much love for their female fanbase or characters.

Now, it’s pure speculation on my part to say that Wonder Woman won’t get the full turn she deserves. For all I know, her appearance might not be much past a cameo that’s leading into a bigger role later. Or it could be that she’s the major co-star and that Batman/Ben Affleck was used as a selling point. Who can say but the filmmakers themselves?

On the surface, I’m not a fan of cramming so much story into so small a space. Assuming, of course, that it is a small space and not a three or four-hour epic. Then Zack Snyder might just find himself with a Kill Bill situation and his movie cut in two.

Probably the biggest issue fans and critics alike will take with this move is that Wonder Woman is too big of a name/character to not get her own solo movie first. Batman has had countless films and Superman has had his fair share, too. Wonder Woman’s count is a whopping…zero. That’s right, none. The biggest female superhero of them all and the most she’s ever had was a hit TV show…in the 1970s.

Most of us Wonder Woman fans are trying to forget that whole David E. Kelley-produced travesty that thankfully never made it to the airwaves. And the CW’s long-in-development prequel story, Amazon, just doesn’t looks like it’s going to materialize (probably dodged a bullet on that one). The closest thing we’ve had to a great Wonder Woman film was the sorely underrated and underpraised Wonder Woman animated film from 2009 that starred the voice talents of Keri Russell as Diana/Wonder Woman, Nathan Fillion as Steve Trevor and Alfred Molina as Ares. You want a roadmap for how to make a great live action Wonder Woman film? There it is!

Another big question is which version of the character will inform this one the most? Are we going for the TV show version or something closer to what Brian Azzarello is doing in the New 52? Or maybe the George Perez run from the 80s or her Golden Age incarnation?

Personally, I think Wonder Woman should totally embrace the Greek Gods side of her mythology (see what I did there?). There’s no reason not to do it. If you’re going to incorporate her into the story, go all-in. The last thing the writers and producers of this film need to do is half-ass the effort.  That’ll really set the DC cinematic universe back for a long time. It might even bring it to a screeching halt.

In fairness, big ensemble films have worked in the past without a lot of or any prior setup. X-Men (and the far-superior X2) was handled very well by Bryan Singer and made the jump to the big screen by both embracing the weird and forging its own path. Zack Snyder’s own Watchmen, though overly slavish to its source material, was a feast for the eyes and most of the cast were perfect for their roles (Jackie Earl Haley…that is all). Joss Whedon managed to make Hulk, a character who had failed to achieve true box office success on his own, into the breakout star of The Avengers along with getting some attention for the often-underutilized Hawkeye (who’s current solo comic is one of the best things in existence).

Unintended consequences are what will ultimately work against this move. Amy Adams was great as Lois Lane in Man of Steel, but her part needed to be bigger. It could still be bigger in the sequel, but the amount of room to work with in terms of character development seems to be shrinking fast. Doing that would only be to the movie’s detriment. Sure, there are going to be those little girls I mentioned before who want to see a major female superhero on the big screen, but there’s also going to be those little girls who are inspired more by the ones who do heroic things without powers. Lois Lane is the embodiment of that and she deserves more screen time…as much as Wonder Woman deserves her own solo film.