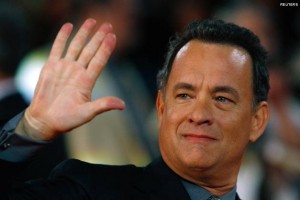 On this week’s all new spoiler free (unless you haven’t seen Sixth Sense) episode of Richer & The Mailman, Josh & Jeff celebrate their freedom from Breaking Bad, discuss the problem with Facebook spoilers, scintillating Cinemax flicks and their misrepresentation of the current state of pubic hair, women drivers, Danica Patrick, NASCAR and The Olympics.

They then go on to list their top five favorite TV shows (with some surprising answers), figure out the justification for the existence of the movie Last Vegas – ditto for Tom Hanks – what is newsworthy, actor commitments, Kristen Stewart’s Oscar chances, the lack of chicken in chicken nuggets, tricking Muslims into consuming bacon and the power of Facebook to connect…and annoy.

So sit back and see what Jeff & Josh are delivering this week in an all new episode of Richer & The Mailman…now spoiler free!