One of the big hooks for WrestleMania X was the fact that there would be two WWF Title matches inside MSG. And on top of it, both matches would feature surprise special guest referees, which certainly added additional excitement and mystery to the bouts. Mr. Perfect would return to the company to call the first bout between Yokozuna and Lex Luger and he ended up getting involved and costing Luger the match. And at the end of the night, as Yoko was set to face Bret Hart, the referee was fittingly revealed to be Roddy Piper, one of the men most responsible for the popularity of WrestleMania, which started in that very building nine years earlier. Piper called things down the middle and was in perfect position as Yoko toppled off the ropes from exhaustion and the Hitman covered for the win. 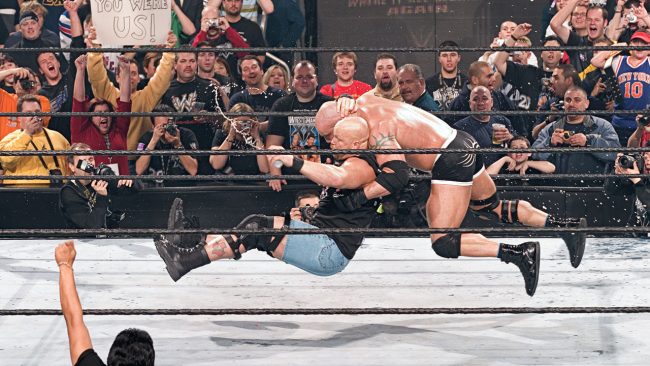 It isn’t often when a referee overshadows and out-pops the wrestlers in the ring but at WrestleMania XX inside MSG, it happened. As word leaked out that both Brock Lesnar and Goldberg were leaving the company after the show, the crowd took things into their own hands, shitting all over both men while just rooting on Steve Austin, the special troubleshooting referee. And at the end of the match, the MSG faithful got what they wanted when Austin wiped out both Lesnar and Goldberg with stunners. And of course, Austin left the company as a regular performer that night as well.

Amazingly enough, one of the most anticipated matches in 2011 was Jerry Lawler’s chance for revenge on Michael Cole, who had ben tormenting and trolling him for weeks. With Jim Ross stepping into the booth and Jack Swagger backing up Cole, tensions were sure to be high so Steve Austin was brought in as the special enforcer referee to keep things in line. And he did more than that as he actively participated in much of the match, doing whatever he could to help punish Cole and keep Swagger at bay. Unfortunately it wasn’t enough to save Lawler,  as Austin’s biased officiating led to the Anonymous GM granting the win to Cole via disqualification, or the quality of the match, which was a long, drawn out train wreck.

Mankind spent the five months leading up to WrestleMania squarely in the WWF Title picture and while he wasn’t involved in competing for the strap in the Main Event, it was fitting that he was able to play a role in the match thanks to his ties to The Rock, Mr. McMahon and Steve Austin. He earned the honor by defeating Big Show earlier in the night but a post match attack sent him to the hospital. He did return just in time to count that final pinfall that ended Rock’s reign and sent Stone Cold back to the top of the mountain.

Steve Austin makes his third and final appearance here for his most high profile officiating role, which came in 2007. Austin was brought in to keep the peace in the heavily publicized Battle of the Billionaires, a bout which would see either Vince McMahon or Donald Trump lose their world famous coif. Austin would get involved as always and took a special enjoyment as he held his arch nemesis McMahon in place while Trump and Bobby Lashley shaved him bald. 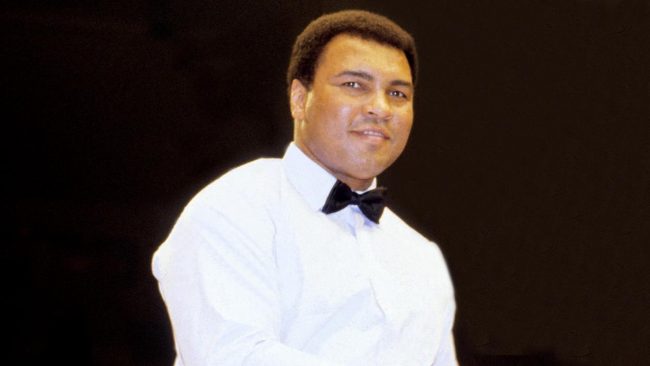 Loading up on star power was a high priority for the first WrestleMania and layering those in attendance into the matches was on the agenda as well. The event was a showcase for the Rock ‘N’ Wrestling connection and the company clearly wanted to show off its stature in the entertainment industry with as many stars as they could gather. That included inking the most popular and well know athlete in the world, Muhammad Ali, to be the special enforcer referee for the main event. Ali got involved multiple times, including unleashing a flurry of fists at the heel team. It was a chaotic atmosphere in MSG and The Greatest was more than happy to jump into the mix. 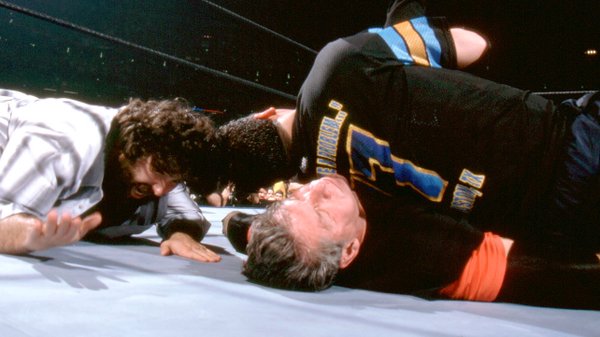 As all of the McMahon Family drama was coming to a head in Houston, it was decided that longtime Vince McMahon foe, and the man he fired as commissioner late in 2000, Mick Foley would serve as the special guest referee. Foley tried to stay impartial but eventually the match came apart and Vince wiped Foley out with a chair, leading to Mick coming back with a vengeance and aiding Shane in defeating his dad in the name of his mother Linda’s honor.

In a match built around pure hate with the sole goal of making your opponent give up, the WWF decided to bring in a submission specialist to officiate the bout: Ken Shamrock. Shamrock’s MMA legend was at its peak in 1997 and the World’s Most Dangerous Man had the legit tough guy persona and reputation and submission style background to be one of the most believable enforcer referees in wrestling history. Shamrock did a fantastic job of standing out while blending in and calling the match right down the middle. It would prove as a great transition role for him as he made his way into active competition two months later. 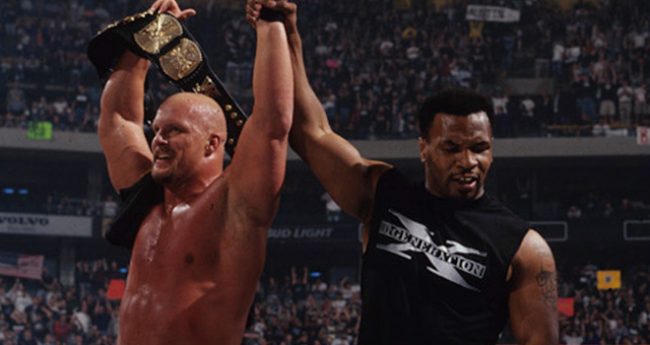 After their initial confrontation in January, special troubleshooting referee Mike Tyson seemed to set his sights on ensuring Steve Austin wouldn’t leave WrestleMania with his coveted WWF Title. Tyson would join DX and needle Austin in the weeks leading up to the show, but when the big night came, Tyson showed his true colors by turning on Shawn Michaels and counting the pinfall for Austin. After the bout, he celebrated with Austin before decking Michaels with a quick flurry of knockout punches. Tyson would be the star that stirred the Attitude Era drink for the WWF, launching them into their most profitable period of existence to date. 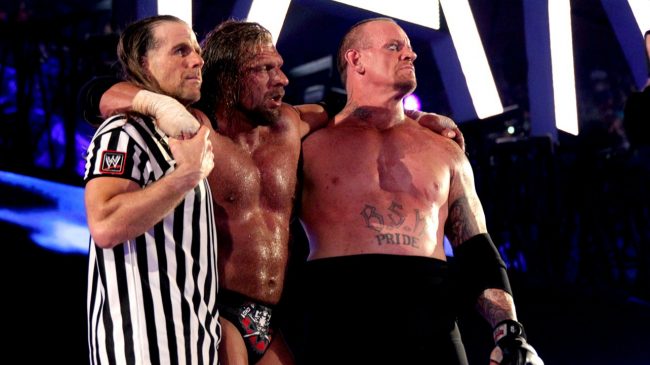 After barely missing out on ending the streak in 2011, Triple H demanded one last crack at defeating the Undertaker at WrestleMania a year later. And this time it would occur inside Hell in a Cell. Dubbed “The End of an Era”, a man with close ties to both men was brought in to call the match: Shawn Michaels. And the big question that lingered over the entire match was whether or not Michaels would assist Hunter in doing what he couldn’t in the previous years: end the streak. And, indeed, after quite a bit of heavy handed pathos, Michaels did snap and try to cost Taker but the attempt failed and in the end Undertaker prevailed to remain unbeaten at Mania. The match ended with all three men arm in arm atop the ramp, wondering if it was officially the end of the road for both Undertaker and Triple H. It wasn’t.