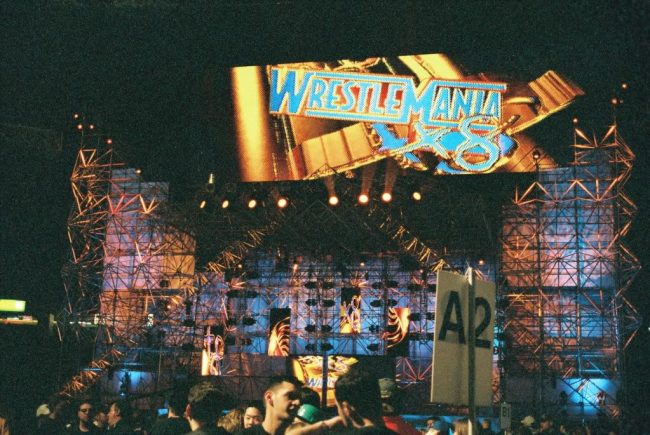 Buoyed by an intense scaffolding and topped by a wide video screen, WrestleMania X8 featured a grand, yet bare bones looking set that nestled nicely into the back of the massive SkyDome. It lent itself well to the grittiness of the era, the waning days of Attitude mixed with a dose of nostalgia. 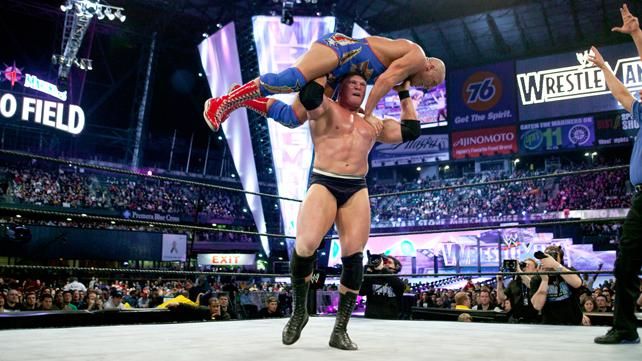 The WrestleMania XIX was beautiful in a simple way. The design had a blueish hue that cast a perfect background to the expansive SafeCo field. With a long walkway separating the entrance from the ring, there was plenty of time to enjoy the backdrop to what ended up being one of the greatest WrestleManias of all time.

In the modern WrestleMania era, the best sets are those that closely mirror the location of the event. In 2008, WrestleMania emanated from Orlando and one glance at the Citrus Bowl setup let you know exactly where you were. The entrance was adorned in palm trees and a grand canopy sat billowed over the ring to shield it from potential rain. The orange hue that baked the arena gave that sunny Florida feeling to night’s events as well.

The set of WrestleMania XX was one of the best when it came to capturing the essence of the city hosting the event, especially considering the show was in an arena and not a stadium. The entrance way was adorned by a makeshift New York City skyline and featured a sleek video screen on the floor. One of the best parts of the set was how it was utilized as part of the entrance for some wrestlers, including having the building set ablaze when Kane made his way to the ring. 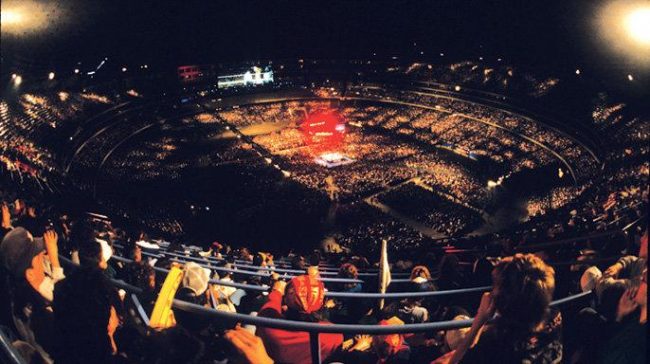 The original SkyDome WrestleMania featured a simpler setup than the next one, but what made WrestleMania VI stand out was its unique usage of motorized ring carts to transport the wrestlers to and from the ring. Add in the giant video screen across the top of the Dome that acted as a backdrop to some of the show’s most memorable moments and the dark blue banner and motif and this is one of the most distinctive looking WrestleManias of the early years. 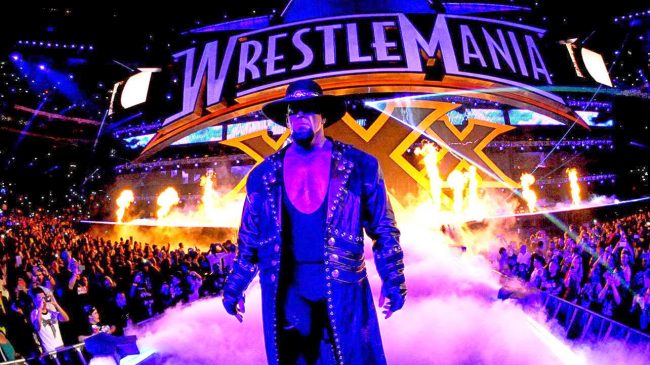 As WrestleMania made its Big Easy debut in 2014, WWE unveiled an impressive set that paid tribute to both the huge anniversary installment as well as the local culture. Three giant Xs hung over the entrance, designed with a festive, party atmosphere motif. The purple shading to everything fit perfectly with the feel of the Superdome as well.

Santa Clara’s brand new Levi’s Stadium played host to WrestleMania 31 and WWE went big with their set. Which was fitting given that the show was right the middle of the Silicon Valley. Playing off the technology theme, a play button was front and center in the imagery and was the focal point of the monstrous entry way. Also, to frame the San Francisco 49er color scheme, the hue this year was a deep red that bled throughout the stadium. 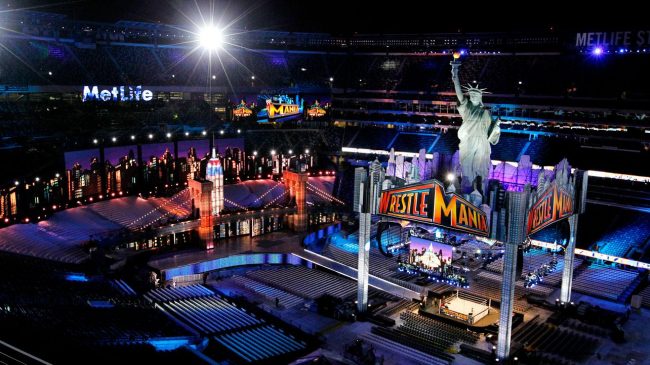 As WWE returned with WrestleMania to the New York City area for the first time in nine years they decided to truly pay tribute to the Big Apple with one of the most breathtaking and grandiose sets they have ever designed.  The entrance ramp emerged from under a model George Washington bridge, staged underneath a mammoth video board and New York City skyline. And above the ring was a giant canopy topped by a replica Statue of Liberty. The show itself may have failed to live up to expectations but the set is easily one of the most impressive in WWE history. 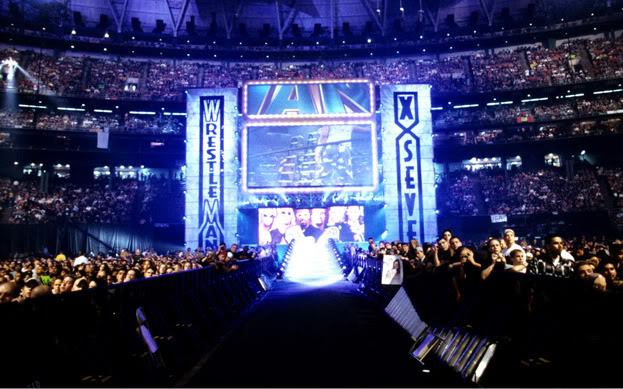 The absolute peak of the Attitude Era brought us into the humungous Astrodome for one of the biggest shows in WWF history. And while the stadium spoke for itself, the set was kept scaled down and simple. Because that was all that was needed on this night. It was still impressive, but there was no need for excess or frills: Just a basic entrance ramp, a giant video wall and two columns with the show’s title buttressing it all.

It isn’t often that WrestleMania IX will win Best of anything by such a wide margin, but there is one area where it stands out above its peers: atmosphere and set design. The fact that the WWF decided to go this outside the box in Caesar’s Palace was impressive, especially with how much they bought in with the creativity. The entire arena was rebuilt as the ancient Roman coliseum, with gold and purple dressing everywhere. All the crew and announce team members were decked out in togas and no stone was left unturned in adding unique touches throughout the entire show. It certainly makes an otherwise poor show worth watching.