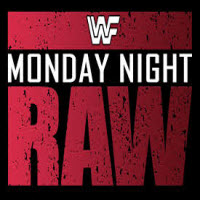 Host Steve Wille invites regulars Glenn Butler, Jason Greenhouse and A SPECIAL MYSTERY GUEST (OK, it’s Jordan Duncan) to sit down, have a caffeinated beverage and do live commentary over the 8/9/1993 episode of Monday Night Raw. And after a year-long break, the crew dives back into WCW Nitro, picking up where the Place to Be Podcast left off – the 11/13/1995 episode.

The boys barely make it through an episode featuring the Lex Luger and Yokozuna contract signing and the debut of the Heavenly Bodies. They try to solve the mystery of Beau Beverly’s disappearance and completely sweat through their Mr. Hughes cosplay getup. They watch a stacked card on Nitro, with Dean Malenko, Eddie Guerrero and Chris…wait, is that the Midnight Rider? And was that the oddest Hulk Hogan promo of all-time?

Make sure to check out the Bobby Who tribute video!