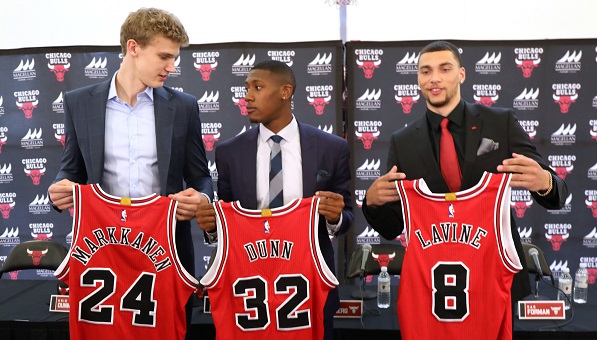 After a whirlwind of an offseason, Adam Murray and Andrew Riche, Place To Be Nation’s NBA-Team, are back and ready to roll to preview the upcoming NBA regular season in multiple installments as the season inches closer. In part one, they sink all the way to the bottom of the league and why hope might already be lost for five teams. Why will the Atlanta Hawks miss the playoffs for the first time since 2007? This is Brooklyn’s last season without their own lottery pick, but why is it still a lost season? Riche and Adam also discuss the grease fire that is the Chicago Bulls, the ascendant (?) Orlando Magic, the tanktastic Phoenix Suns, and much more. So suit up and take it out with the NBA-Team!