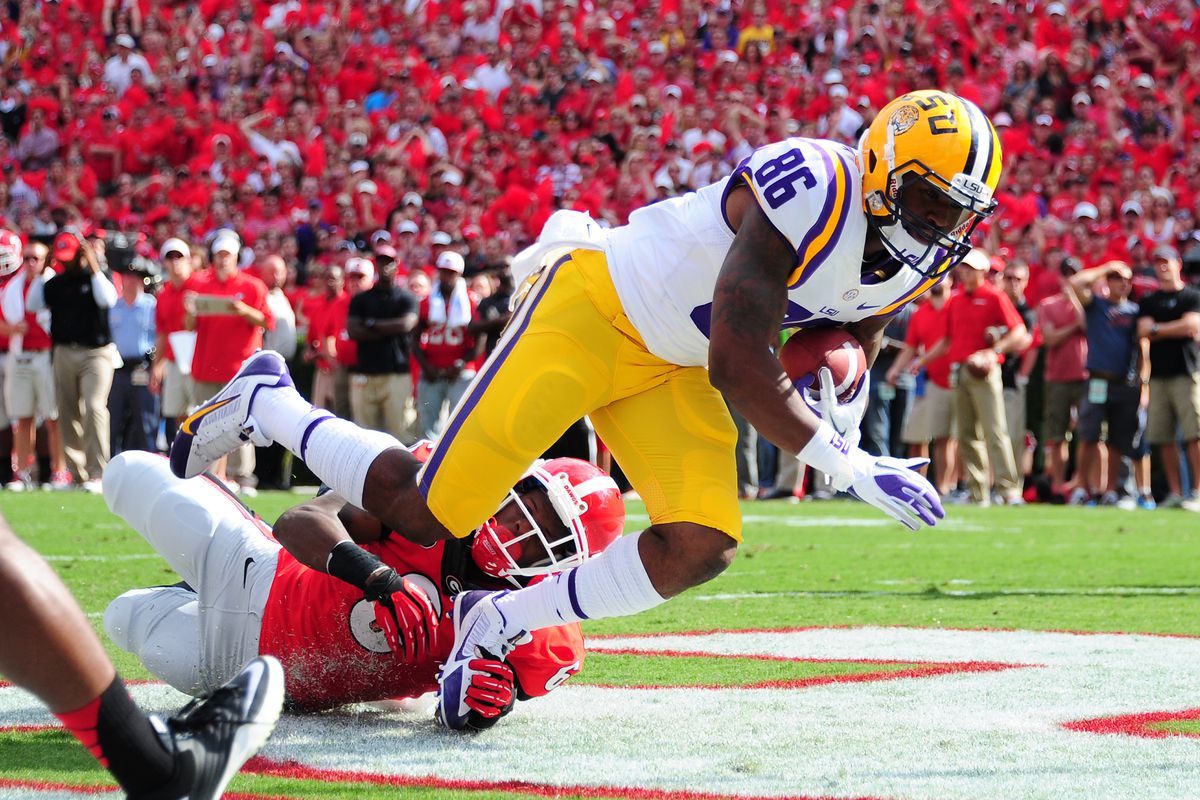 Welcome back College Football fans! A crazy Saturday has passed…with all the Top 10 teams trailing at some point in their games, and a few actually lost! Next week is the first CFP rankings, so this coming Saturday is a big deal. But before looking forward, let’s look back with Scott Criscuolo & Logan Crosland!

Michigan Gets Big Win in Big House: Entering this game Saturday there was one thing on the line, that being the winner would still be in the playoff hunt and the loser would likely be out. Michigan and Coach Harbaugh came in trying to prove that they can win the big game, while Wisconsin was trying to overcome early season loss to BYU. The big and important game feel didn’t get to Michigan this time. This game was never particularly close as Michigan used defense and their running game to dominate Wisconsin. While Michigan has some tough games
left this season, if they continue to play well they could very well end up in the playoff. Wisconsin on the other hand will be on the outside looking in once again.

LSU Buries Georgia in Death Valley: LSU was fresh off a loss to Florida, so they had everything to lose coming into this week against Georgia. If they lose they not only fall two games behind Alabama but they most likely would be out of the playoff barring some help. Georgia on the other hand was entering a game where they were in for their first real test. Like the game I discussed above though, this game wasn’t particularly close. LSU was able to use home field advantage, great defense, and powerful running game to put Georgia away early. This puts LSU right back in the thick of the playoff race, while it leaves Georgia in a position where they will need to navigate a very difficult rest of their schedule. If they aren’t careful with their next two games against Florida and Kentucky, this season could go from triumphant to tragic quickly.

Florida Escapes in Nashville: Sometimes coming off of a big win can lead to an emotional letdown. This was a fear of experts and Florida fans shared on Saturday after Florida was able to defeat LSU the previous weekend. It seemed early in the game that Florida was going to succumb to this cliche and lose following such a huge win. Florida was able to ward off the early storm and escape with a very emotional and important win. Escaping with this victory will prove as an important momentum swing heading into their game with Georgia in two weeks.

Auburn=Dumpster Fire: In a season that began with so much promise is slowly but surely falling apart for the Auburn Tigers. This team was supposed to be Alabama’s closest contender in the SEC West. After defeats to LSU and Mississippi State, there was still optimism that they could turn this thing around and at least compete to be near the top of the division. But after the terrible showing they had against Tennessee on Saturday, it looks like all hope is likely lost. Despite scoring 27 points, Auburn’s offense continues to be a problem as they aren’t staying on field long enough to give the defense rest. This results in the defense tiring to the point where they allow a lot of late points, which in turn leads to them losing leads or falling even further behind to the point where a comeback isn’t still in play. If not for the huge contract given to Gus Malzhan this past offseason, his head would definitely being on the chopping block but things need to change at Auburn quick or people will get even more unhappy than they are already are.

Playoff Contenders Fall: The way Saturday went it seemed that if you were ranked you were bound to struggle in your game, if not actually lose to the unranked opponent you were facing. Playoff contenders, like Penn State, Miami, and West Virginia, weren’t so lucky when it came to the upset bug. Penn State struggled offensively against a stout Michigan State defense, losing 21-17. Miami coming off win in a rivalry game against Florida State, followed it with a absolutely terrible performance in 16-13 loss against Virginia. West Virginia, the most likely of these three to be in the playoff entering Saturday, were stifled by an incredibly game Iowa State team. While the playoffs are likely out of the question for Penn State and Miami, West Virginia still has an opportunity if they can defeat conference foes Texas and Oklahoma. This is definitely a possibility but will be incredibly difficult to pull off.

We Knew It Would Happen: After Notre Dame’s big win two weeks ago in Blacksburg against Virginia Tech, they were clearly on the Playoff radar. With only USC left on their schedule that’s ranked (for now) it seemed they could coast a bit. NOPE! Lowly Pittsburgh came into South Bend and drove ND nuts. Their allegedly pitiful defense held Ian Book and the Irish offense to just six points in the first half. After Maurice Ffrench’s kickoff return to open the second half gave Pitt a 14-6 lead, the Panthers attempted to play keep away. It worked for MOST of the second half, but Book’s 35 yard TD to Miles Boykin with 5:43 left ends the upset bid with a 19-14 win to move ND to 7-0. The Irish have a much needed bye before a prime time tilt on 10/27 at home against Navy.

The score is deceiving: Ohio State’s 30-14 win at home over Minnesota Saturday looks nice on paper as Dwayne Haskins had three TD’s through the air, but really the Gophers were indeed very game and gave the OSU offense fits early on. The passing game was fine, but the Buckeye running game was erratic, gaining only 92 yards on the ground. In fact, Minnesota’s three turnovers is what really helped OSU more than their own offense. Ohio State’s next three weeks should be easy: at Purdue, bye, home to Nebraska.

Speaking of the Cornhuskers: 35 years ago Nebraska had the most prolific offense in NCAA history, the Heisman winner in Mike Rozier, Dave Rimington, Turner Gill, Irving Fryar and one of the greatest coaches ever in Tom Osborne. Since then they’ve won a couple of National Titles & some great All-Americans. We are in 2018, and Nebraska is…0-6. For the first time ever after a 34-31 loss to Northwestern. In 1983 Nebraska would have beat the Wildcats by 50 points. What happened? Well leaving the Big 12 for the Big 10 was stupid to begin with, and it’s gotten worse since. Scott Frost has walked into the hottest dumpster fire in college sports. Maybe they beat Minnesota this week? Maybe??

Chaos in the Pac-12: Washington had been in the driver’s seat of the Pac-12 all season, but NO LONGER! Oregon wasn’t going to blow ANOTHER overtime game like they did against Stanford, and beat the Huskies 30-27 to get into Pac-12 race. CJ Verdell had 111 yards and two TD as Oregon moves into a second place tie in the division, a half game behind Washington. The Huskies have Colorado at home, while Oregon has a tough one with Washington State. USC is still on top in the South Division, but will any of these teams be in the CFP? Time will tell.

Academies Update: Air Force dropped to 2-4 with a 21-17 loss to San Diego State. Meanwhile Army throttled San Jose State 62-3 to move to 4-2 on the year. This week Air Force is at UNLV, Navy is home to Houston and Army is home to Miami-Ohio.

To repeat, with the first CFP rankings up this coming Tuesday, this weekend is a big weekend of games. Here’s the slate