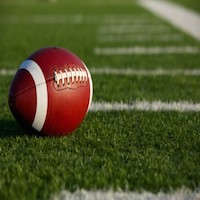 With the 2016 college football season beginning next week, Place to Be Nation has you covered with a Top 25 primer, examining the teams that everyone will be talking about throughout the next few months.

Previews for Teams 1-5 by Greg Phillips

Overall outlook: As has been the case in each of the last two seasons, the Tide will have a new starter behind center this season. How that quarterback develops (and how quickly) will likely be the key to Saban’s chances of landing another national title, as there will also be new starters at running back, the interior defensive line, and inside linebacker.

Overall outlook: All eyes will be on a late October matchup at Florida State. If the Tigers can survive that encounter, they’ll have a great shot at getting a shot at redemption in January.

Overall outlook: The Sooners have one of the nation’s toughest out-of-conference schedules, facing Houston and No. 5 Ohio State within the first month of the season. However, their talent should still be enough to win the Big 12.

Overall outlook: Other than the season opener against Ole Miss and a midseason road trip to Miami, it appears unlikely the Seminoles will face any dangers — outside of some potential trap games — until Clemson in late October. That game should decide the ACC.

Overall outlook: A road trip to Norman to take on Oklahoma will be the only real test in the early going for a team with a lot of question marks on offense. Will the Buckeyes be able to replace Ezekiel Elliott? We probably won’t find out until the end of the season, when they travel to East Lansing and then close the season at home against Michigan.

Previews for Teams 6-10 by Scott Criscuolo

Overall outlook: After getting off to a hot start in 2015, the running game abandoned LSU in three straight losses, including Alabama. Fournette is ready for a breakout, Heisman-type season. The schedule is favorable, with only a trip to the Swamp as the toughest road game. November 5 is the night: Alabama in Death Valley.

Overall outlook: Stanford is still one of the most dangerous offensive teams in the country, even with a new QB at the helm. McCaffrey is one of a few Heisman favorites. Stanford gets USC early in the year on Sept. 17, but at the Coliseum.

Overall outlook: Michigan is relevant in the Top 10 for the first time since 2012. Harbaugh brings them the swagger which got him to a Super Bowl. A Big Ten Title isn’t out of the realm of possibility. The road block? They have Michigan State, Iowa and Ohio State all on the road.

Overall outlook: Things were looking good for the Irish heading into 2016, but the arrests of five players on Aug. 19 really threw a wrench into things. They could still win 10 games, but a playoff spot might be out of reach.

Overall outlook: The Vols are one of the few teams this season where experience is the key, starting 16 juniors and seniors. They do get Alabama at home and avoid LSU. UT could be the dark horse for the SEC Title game.

Previews for Teams 11-15 by Logan Crosland

Overall outlook: Even though the Spartans have to break in a new starting quarterback in Tyler O’Connor, their defense should be terrific. This could be one of the best Dantonio has ever had and with every one of their tough Big Ten games being at home, MSU has a legit shot to win the Big Ten East.

Overall outlook: The Rebels’ success this season lies completely on the arm of QB Kelly. The defense will be great as always, but if Kelly plays to his potential, this could be a very special season in Oxford. (As much as it really hurts me inside to say that. Thanks for sticking me with them, guys.)

Overall outlook: Herman made an immediate impact in Houston, leading the Cougars to a Peach Bowl win over powerhouse program Florida State. He and QB Greg Ward, Jr. are going to be a big part of building on that success.

Overall outlook: Returning only one starter on offense from last year’s squad will be hard to overcome, but I trust Gary Patterson to retool TCU successfully and compete for a Big 12 Title.

Overall outlook: This team returns the bulk of its starters from last year’s team that was one stop away from making it into the College Football Playoff. That may have been due to a soft schedule last year, but the Hawkeyes will be in the mix again this year in a major way.

Previews for Teams 16-20 by Nick King

Overall outlook: Yes, there’s currently an ongoing quarterback competition in Athens. But make no mistake, by season’s end, freshman Eason will be the team’s starter. How soon he is able to develop and fully take the reins of the offense will determine how far Georgia can go this season. If Eason has a season similar to the one Josh Rosen had at UCLA last year, an SEC East title isn’t out of the question. A more likely scenario is that Eason struggles early and improves as the season goes along, setting Georgia up to truly contend under head coach Kirby Smart in 2017.

Overall outlook: It’s entirely possible that the Trojans could be the most talented team in the Pac 12 this season. However, with a schedule that includes nine conference games and showdowns with both Alabama and traditional rival Notre Dame, it’s hard to imagine the Trojans finishing with any fewer than three losses. Keep an eye on the quarterback situation, as redshirt freshman Sam Darnold has impressed in practice thus far. He’ll start the season as the backup to the more experienced Max Browne, but if Browne falters, look for Darnold to take over down the stretch.

Overall outlook: The Huskies seem to be the trendy sleeper pick for many in the Pac 12, and with good reason. Washington returns 17 starters from a team that finished No. 1 in the conference in total defense, points per game, and yards per play. If the offense continues to make strides as it did toward the end of 2015, the Huskies will be right there with Stanford in the thick of the Pac 12 North race.

Overall outlook: All the preseason attention in the Big 12 has been focused largely on Oklahoma’s chances of returning to the college football playoff, the scandal at Baylor, or Charlie Strong’s increasingly hot seat at Texas. However, don’t sleep on the Cowboys in 2016. OSU returns 16 starters and 38 players from the two-deep roster from a team that won 10 games a year ago. Add in transfer Barry J. Sanders (you may have heard of his father) at running back, and Mike Gundy’s offense could have legitimate balance for the first time in years. The Sooners may still be the odds-on favorite, but look for The Bedlam Series to carry a lot of weight come season’s end.

Overall outlook: North Carolina was the surprise of the ACC in 2015, falling just short of contending for a spot in the college football playoff. Naturally, expectations are higher in 2016, but it’s likely that this year’s team could wind up with a worse overall record despite being a better team. The schedule is considerably tougher this season, with trips to Florida State and Miami looming large in October. There’s also the opener in Atlanta against SEC foe Georgia, which should be the toughest test the Tar Heels have faced outside of Clemson in the last two seasons. However, Trubisky provides an accurate arm at quarterback that should enable the Heels to stretch the field on offense. Combine that with what should be an improved defense in coordinator Gene Chizik’s second season, and UNC should find itself back in the ACC title game again this season.

Previews for Teams 21-25 by Logan Crosland

Overall outlook: To call Baylor’s offseason catastrophic would be an understatement with the scandal and subsequent firing of Art Briles. The bright side for interim coach Grobe is that he inherits a dearth of talent on offense with the ability to carry this team. The more the Bears score, the better off they will be.

Overall outlook: Being this low in the preseason rankings is uncharted territory for the Ducks, and while they may not have quite the talent of previous years, the 2016 version is a definite Pac 12 contender. If coach Helfrich can get his defense to improve over last year, the high-powered Ducks offense will be dominant as usual.

Overall outlook: This is a team that picked up some major momentum with a bowl win last season over Texas A&M, behind a record-breaking performance from QB Jackson. The Cardinals and Jackson will look to build on that performance and contend for an ACC title this year.

Overall outlook: Rosen is no longer a rookie and after years of being almost good enough to contend for a Pac 12 title, coach Mora finally has a team that just might be good enough to do just that. A favorable schedule may help them, but this team is also very talented and will be able to compete at a high level all season.

Overall outlook: You can always count on the Gators to have a stellar defense, and this year is no different. The offense under new QB Del Rio will look to improve on years previous, where the offense held the Gators back from being truly great.