The Sentinel of Liberty. The Living Legend. Winghead. Methuselah. (Thanks, Hawkeye.) Or affectionately, just “Cap.” He wasn’t Marvel’s first superhero, but he is unquestionably its most enduring. I’ve long felt that an examination of the Star Spangled Avenger (really, we could do this all day) was in order, and with the April 4 release of Captain America: The Winter Solider, there’s no time like the present. Problem is, Cap is such an intangible quality for me that it’s difficult to put my affection for the character into words or find just the right angle to express what it is that others might be missing when it comes to the character. I’ll let you in on a little secret: Captain America is my sentimental favorite comic book character. I say “sentimental” because he was my first. I would go on to find other heroes that were conceptually stronger, more resonant or relatable, but you always hold a special place in your heart for your first. While Captain America’s well-received appearances in a recent slate of Marvel Studios films has done much to renew interest and raise the character’s profile, I still feel like popular opinion regards him as the weakest link amongst the “Big Three” (four if you count the Hulk) Avengers heavies. Though Cap and I have had our ups and downs over the years, this is a perception I cannot abide.

I will admit to some culpability in not “owning” my love for Cap as much as I probably should. I mean, look at him. A holdover from a bygone era who conducts his business in a flag costume. Based on appearances alone, he’d be more at home on the side of road, spinning signs as the mascot for a fast food burger chain. It is deeply unfashionable to call oneself a Captain America fan without irony, let alone, to claim him as your favorite character in all of superhero comics. It induces eyerolls not unlike unabashed Superman fandom. The guy gets no respect, and why would he? 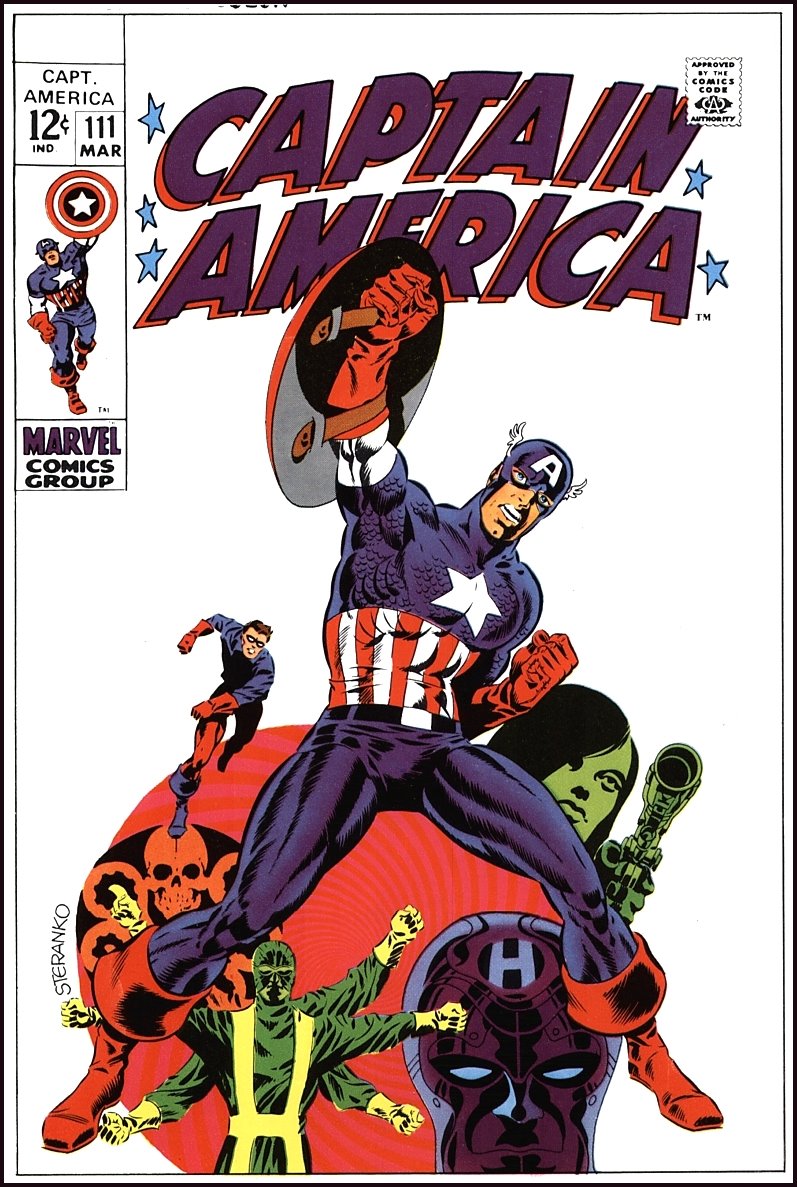 The thing is, it’s not that I’ve made a conscious effort to conceal my appreciation for Cap. I guess it sort of felt like he didn’t need the help. I’ve definitely spent more time defending the aforementioned Superman. It’s always troubled me how many comic fans outright hate Superman, and that compels me to show them how objectively wrong they are and to make them feel bad because of it. (Basically, my position can be boiled down to: Superman doesn’t have to be your favorite or even anywhere close, but if you don’t at least value his contribution as a character, then you’re probably an asshole and we can’t be friends.) But Cap, he’s just kind of always been there. A little too cornball for most, but slightly edging out Superman by virtue of the fact that he’s a Marvel creation and, on the whole, they seem to enjoy the benefit of coming across as inherently cooler. As a fan, it’s been easy to take Cap for granted. I can understand how one’s sentiments towards him might fall somewhere on a spectrum between loathing and indifference.

Now, as with every comic book character, I was first made aware of Captain America’s existence through a combination of Impel trading cards and a random assortment of dog-eared issues in the waiting room of the doctors’ office. This goes back far enough that I can’t honestly recall a time when comics and superheroes WEREN’T a part of my life, and Cap was definitely front and center in that first exposure. As I actually learned a bit more about these colorful characters (again, due to those trading cards) I just found something curiously appealing about this guy who basically had no superpowers and used as his only weapon, of all things, a shield. I imagined this “limitation” forced his creators to get pretty creative in terms of his fighting prowess, and I reckon that was something I responded to from the outset. Besides which, his very first appearance showcases him knocking the shit out of Adolf Hitler — an arresting image by any measure. I needed to get my hands on some official, bonafide Captain America comics of my very own. 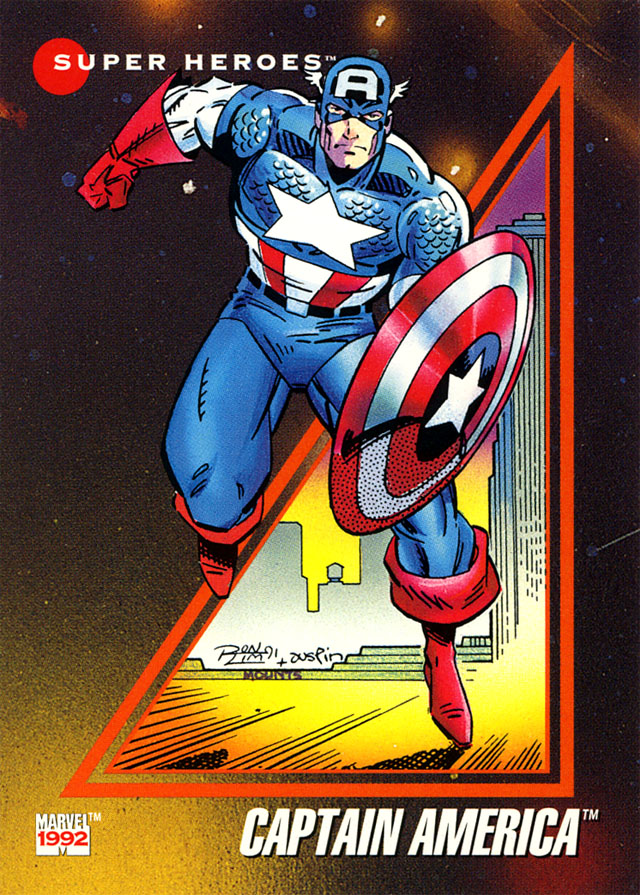 So, inherently, I have no shame in loving Cap. As for my introduction to the character, ah, not so much. I chose… poorly. For you see, the first Captain America story I regularly followed

Talk about putting all your cards on the table. In my defense, I was like nine years old. But it’s true, I was captivated by the 1992 bi-weekly summer “classic” Man and Wolf. No bait-and-switch to be found here: sure enough, Captain America turns into a werewolf for six issues. Beyond that, is there anything else you really need to know?

I suppose, more than ever, it begs the question, “How can you, in good conscience, enjoy this crap??” Look. It was the ’90s. Just imagine we were all heavily medicated, with the speculator bubble being the Opiate of the Masses. We have to reflect on these things and laugh.

But dammit, Captain America deserves more credit! As a (sometimes) intelligent, grown-ass man, there has got to be more to the character that strikes a chord for me than mere nostalgia. As I delve deep into his history — as well as my own — I think I’ve figured out why. You’ll get there too, as we embark on a brief tour of Captain America throughout the ages.

Next time:  I wasn’t alive for it. My grandparents were barely alive for it. But through the wonders of technology, we witness the birth of a legend! PLUS: having survived the Third Reich, Cap faces his gravest threat of all in the Baby Boom Generation (sliding timescales be damned). RUN! But what does it all amount to? We’ll see what we can do to put the pieces together.