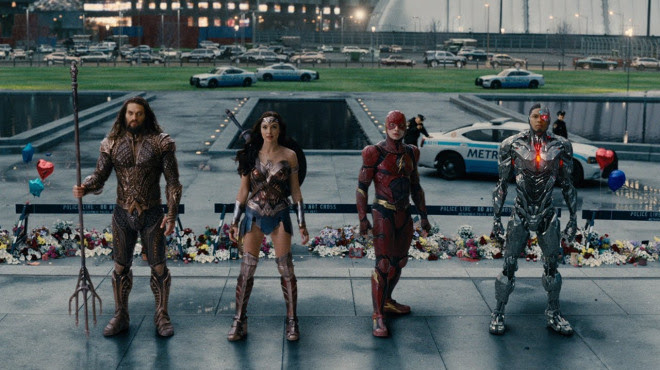 Well with all this death around us let’s talk about the one thing we all know and love, television. The Daytime Emmy nominations came out while I was away and here’s what we got.

CBS leads all noms with a whopping 57 nods, Amazon following closely behind with 55, Apple TV scored 17, as they should because they are a computer company. Let me just clear something up – Amazon started as a digital library where you could read books. Does anyone remember that? You had to buy the kindle, which screen was black and white, and download books to read on a train or beach or park or whatever. Remember the big knock on the was the glare the screen had? It had too much glare so they made the little 5×7 kindle screen without glare and more like a real book? Now look at what it has become! A mall, a tv studio, a library, a streaming service, a supermarket – I mean Amazon has become everything! Ridiculous. Anyway.

The View topped the talk shows with 8 nods, then Kelly Clarkson with 7, then Talk and finally Ellen with 5 who honestly I thought died a year ago.

Interesting fact, CBS wants to air the awards show virtually, whatever that means, June 26. So that’s another interesting car wreck we get to watch in this God forsaken year.

Big news – Jon Stewart is finally doing something with his life. Jon, whom I love and hate for leaving us right when Trump appeared in our lives, is directing a movie called Irresistible. Starring guess who – Steve Carell. Since his contract says he must be in every Hollywood film ever made, this makes sense. The movie was scheduled for theatrical release but powers at be want it released sooner, to make more money. So the film will be available May 29 for $20 on all platforms, then is planned to be released into theaters on June 26.  Hey why not. Stewart never did things the easy way.

Here’s some good news about the law – there isn’t any. Lori Loughlin after years of saying she was innocent and did nothing wrong, now says she is guilty and did something wrong. Hmmm. Fooled us? I guess so. Ha ha, funny Lori – we thought you were serious when you argued with everyone and said you were innocent for a year. Boy you really got us. Anyway, The felony charge carries a 20 year jail sentence, but miraculously Lori is getting just 2 months in jail!! Wow! Which is funnier? You decide.

With the enormous success of Michael Jordan’s doc, The Last Dance, cuz Jordan is literally the best who ever played the game, ESPN has set a new doc for a new legend. Tom “Pretty Boy” Brady will be getting his own spotlight on ESPN, with a 9 part doc, not a 10, like Jordan, so already MJ has him beat. Quick tip for ESPN – NOBODY reveres Brady like we revered Jordan. So, expect a flop. Thanks.

Michael Bay, the world’s most hated yet most successful director has chosen a premiere project for his brand new contract with Sony. “Armored” which is a novel by Mark Greaney, will be Mr. Bay’s newest massacre. About an old, aged out, security contractor who runs convoys of UN delegates through cocaine country. Nice. What can be redundant about that? Thanks Michael for being more shallow than my bath water. Can’t wait to see this debacle with a million explosions and zero dialogue.

Here comes the best news I have heard all year. Peter Dinklage and Jason Momoa are teaming up for a movie called “Good Bad and Undead”. Love both these guys, and even better, they are staying in the fantasy realm! Peter will play a Van Helsing, the last in a long line of vampire killers, and Momoa will play a vampire that helps him. Just the plot of this makes me smile and my skin crawl. If I could only survive long along in 2020 to see it!!

Well after years of girl talk, it is official. Zack Snyder, the director shamed into retirement from the DC world, is releasing his official director’s cut of Justice League. Why? I have absolutely no idea. This film is not beloved, so I imagine the studio is releasing it so say, “yea you think this was bad – you wanna see something worse?” I mean, I cringe to have to watch this a second time, but to see what Zack did or how they handcuffed him, if they did at all, might be worth a fast forward through. In no way do I wish to hear the dialogue again. But for Gal’s legs, I could look at them again. Will I think it’ll be a revelation and everyone will stand on their couches cheering for the almighty Zack? Hardly. Pretty sure it will suck just the same, only in a different way.

Here’s a new one – Ruby Rose quits Batwoman. First of all, I never even heard of there being a Batwoman, I always thought it was Batgirl. Regardless, Ruby Rose was a hit portraying the lead character, and once the show was picked up for another season, Ruby quits. Why? Naturally no one knows for sure – rumor is, it was too hard. Too hard. I don’t want quality work, with good pay, if I have to stay up past 10. I don’t know what else Ruby has going on in her life, but I know if you want a job, you have to work for it. If you want fame and fortune it doesn’t come during banking hours. This saddens me about the next generation. They get a chance of a lifetime and quit.

Now let’s talk about a real star. Tom Hanks, our dearly beloved, is getting screwed over by this COVID-19 crap. His baby project, which he has wrote and directed “Greyhound” is being thrown to a streaming service. I think we all love Tom’s other movie that he wrote/directed, “That Thing You Do”, that was pure genius, and I’d love to get to see this one in a theater as well. “Greyhound” is a WWII naval drama starring Hanks as George Krause, a career officer finally given command of a Navy destroyer called Greyhound. It takes place during the Battle of the Atlantic as Krause fights his self-doubts and personal demons to prove he belongs. This film was set for a June19 release date, but instead it was shopped around to streaming devices and was finally bought by Apple TV for $70 million. A sad state of affairs for such a fine and proven talent like Hanks, who truly has earned his day in the sun with a global theatrical release. Let’s hope some day it makes it there.

Thanks for reading – as usual – follow me or ask me questions any time, all the time @pauliek2003