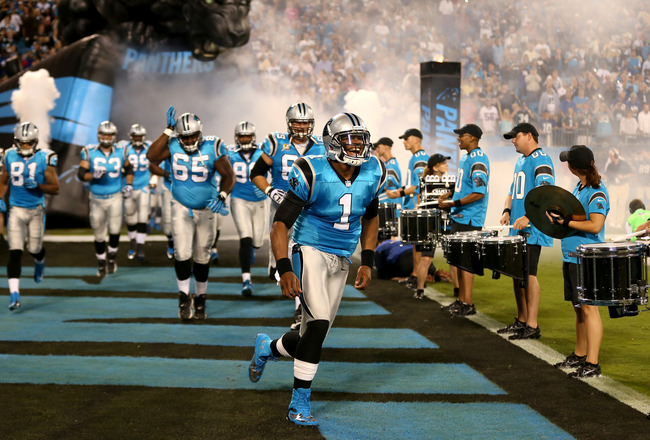 Number one overall draft pick Cam Newton was a revelation in 2011, silencing doubters, leading countless fantasy teams to championships, and navigating his real team to a four-win improvement. Of course, that was only a 6-10 record, but hopes were going into 2012 that Newton could take another step forward and get the team back into playoff contention. Unfortunately, while the team’s defense took a step forward, Newton struggled and the Panthers finished a disappointing 7-9. Carolina will certainly be looking for continued development from him in the upcoming season.

An improving defensive unit will have a few new faces this year. Longtime starting corner Chris Gamble retired after missing twelve games with a shoulder injury last year, and linebacker James Anderson was released for cap reasons. The secondary will get a boost from the additions of Drayton Florence and Michael Mitchell, and they’ll be joined in the starting lineup by rookie first round pick Star Lotulelei, who slipped in the draft due to a heart condition but could end up being a steal if he stays on the field.

Not much will change on offense, although Jonathan Stewart will miss at least six games after being placed on the physically-unable-to-perform list. The team is hoping that after another full season of Newton getting comfortable with the scheme and building chemistry with his receivers, he’ll have developed enough to get the offense back on track.

It’s an odd schedule for Carolina this year. They have an early bye in week four, and face just two playoff teams in the first half of the season, so they have a good shot at a strong start. But the slate gets brutal in the second half, as Carolina follows their first two division tilts with games against San Francisco and New England. If they manage to stay in the race that long, they face four division rivals in the last five weeks, and the results could have major playoff implications for the teams involved.

When in doubt, go with the quarterback, but Newton will certainly be under heavy scrutiny this season. As mentioned above, he took something of a step backward last year as the team’s high hopes were buried during a 1-6 start. The Panthers are certainly hoping to see some sign this year that Newton was not just a rookie sensation, and that he can come up with some new answers as opposing defenses catch up to Carolina’s college-style offense. His continuing development may have effects on the front office as well; the team hired David Gettleman as GM in January, and he may look to a coaching change if the franchise QB continues to struggle.

The Carolina Panthers were probably not as bad as that ugly start to last season would indicate. They had the scoring differential of a .500 team, and certainly improved as the year went along, particularly on defense. The team’s best hope for improvement this year is a big step forward from Cam Newton, and I’m not cynical enough to say that he’s not capable of one. But the team has the misfortune of drawing the toughest schedule in the league, and this doesn’t feel like the year they return to the playoffs.

There are reasons for optimism in Carolina, with a talented young quarterback on the roster, and young talent on the other side of the ball as well. But the roster is still plagued by the mistakes of former GM Marty Hurney; age is presumably going to catch up to longtime Panther Steve Smith eventually, and looks to already be catching up with the team’s well-compensated pair of running backs. The future has promise, but it will likely take more than a year to turn around the direction of the team. 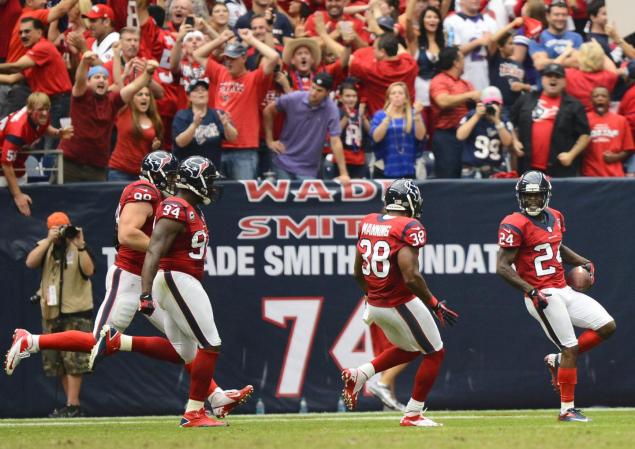 The Houston Texans finished the 2012 regular season 12-4, led by defensive player of the year J.J. Watt. But they ranked just third in the conference, and suffered a tough loss in the divisional round for the second straight year. Can 2013 finally be the year that Houston fulfills the potential many assume is always just around the corner? Matt Schaub needs to prove his doubters wrong and finally deliver a deep playoff run because their window is closer to closing than it is to being on the way up.

The defense loses three starters from last year, but adds future Hall of Fame safety Ed Reed. That’s not a bad trade-off on paper, but it’s not yet clear what Reed has left in the tank, as he was only recently removed from the physically unable to perform list. If DeAndre Hopkins can quickly pick up the offense and develop a chemistry with Schaub and avoid lingering concussion problems, the Texans will have a second wideout to finally take some pressure off of Andre Johnson.

On the other side of the ball, the Texans lost their third-leading receiver, who is likely to be replaced by late first round pick Hopkins. The team also took a bit of a hit on defense, but will be returning a majority of the squad that finished top 10 in points allowed last season. Although, once stud linebacker Brian Cushing went down to injury, the team saw an increase in points allowed and clearly wasn’t quite the same as they hit the postseason. Cushing is back, though, and the defense should be strong once again. The roster turnover could hurt, but with stars on both offense and defense, the change is likely to be minimal.

Houston has the benefit of competing a relatively weak division. Outside of Indianapolis, the Texans won’t have much of a challenge to their AFC South crown. In week five, the Texans head out to the Bay Area for a battle of title contenders. If Houston wants to prove they can go toe-to-toe with the big boys, this is a chance for them to slug the defending NFC Champs in the mouth. In week 13, the Texans welcome the Patriots to Texas and will be looking for revenge after the Pats knocked them out of the playoffs last season. This will be another chance for Houston to prove themselves. Two weeks later, the Texans will have a chance to put away the division if the Colts are still lingering around the top. The two teams always play each other closely, so this should be an interesting game. Finally, the next week, Denver heads to Houston for a possible AFC Championship Game preview.

Since breaking out in 2010, Foster has been regarded as one of the best running backs in football. His numbers and overall production have sustained however last year his touches crested to a league leading 351, besting his career high and was an increase of 73 over 2011. Head Coach Gary Kubiak needs to find a way to control Foster’s early touches to ensure he doesn’t wear down when the season matters most. Kubiak did a good job of controlling his attempts down the stretch last year, but with a viable backup in Ben Tate and a strong zone blocking scheme that leads to successful running games, there is no reason Foster’s touches shouldn’t be closer to 300 than 350. He can still be just as effective and productive, but also allows for fresh legs at the end of the year. If Houston wants to finally get to the Super Bowl, Kubiak needs to find ways to make sure the team peaks come playoff time and not in the first half of the season.

As mentioned earlier, Houston plays in a soft division, which should ensure them at least four wins, and most likely five. In 2013, they have a group of soft games that will also help them pad the left side of the ledger as they draw San Diego, Arizona and Oakland. If Houston can split their toughest games, they will be in good shape to win another division title. However, expectations have risen with the Texans fanbase and they are past the point of hoping for a playoff berth. If Houston can’t get over the hump and legitimately contend for a Super Bowl, there is no way this season can be considered a success.

The AFC is down this season, but Houston remains amongst the cream of the crop. For years, Houston couldn’t break through the .500 barrier or reach the playoffs. The last two seasons, they realized those goals. Now the expectations have grown: the Texans must at least reach the AFC Championship Game, if not the Super Bowl. That means they will have to get through New England or Denver, which would be the franchise effectively planting their flag in the AFC landscape. The potential is there but until Schaub can prove he can win a big game, they will always be looking up at their AFC big brothers.