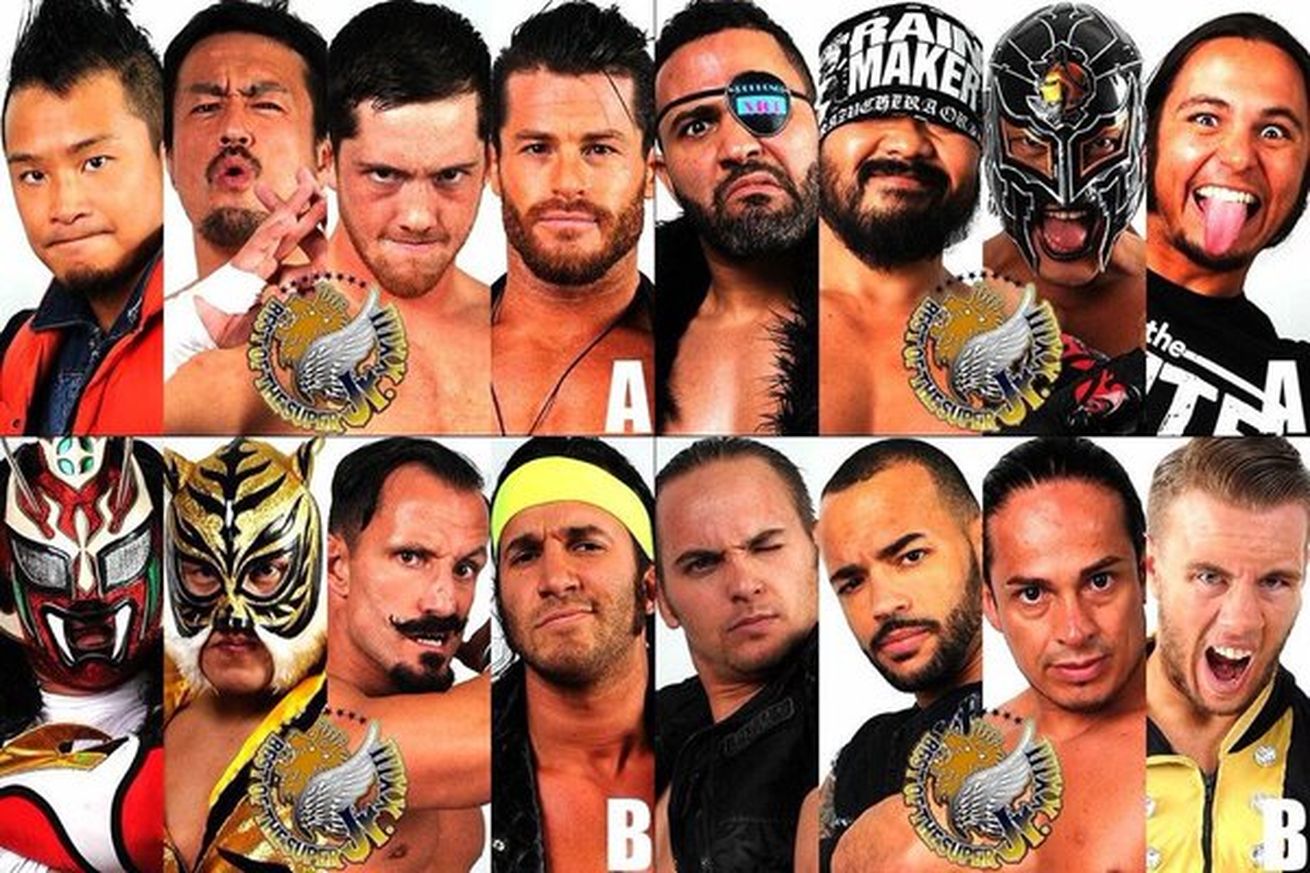 Rematches in wrestling have historically been tricky and filled with disappointments. One of the biggest strengths of the New Japan revival since 2012 is that the core players throughout the card haven’t changed all that much, but the rematches have had excellent results. Sometimes these rematches can be to the detriment of the viewer (i.e. Ishii vs. Makabe), but for the most part, New Japan has done a great job with these rematches in making the match ups seem fresh and an entire story arc being played out. Okada vs. Tanahashi had numerous matches to receive praise. Nakamura vs. Okada worked out as did Nakamura vs. Kota Ibushi. Even if Okada vs. AJ Styles and AJ Styles vs. Tanahashi didn’t produce any MOTYC, the numerous matches they had against each other were very good at worst. This is the principle reason why most fans were salivating at the release of the BOSJ cards and seeing Kyle O’Reilly vs. Kushida as the main event on the first night of the tour. These two had a spectacular match to culminate last year’s BOSJ. Since that time, both have only matured and impressed. O’Reilly has had a consistently strong 2016 so far. He has been mixed in the stacked ROH tag division but shined when provided the opportunity in those tag showcase matches. In singles action, I was impressed with how even he was able to portray himself against IWGP champion Naito and the level of palpable hate he reached in the blowoff match with Adam Cole at Supercard of Honor. Kushida has a legitimate claim to being a top five wrestler in the world. We always knew he was a very good wrestler back to his Time Splitter days, but him winning the IWGP Junior title has only propelled him to become the current ace of the division. He has flourished in that role and had great matches with Bushi, Will Ospreay and a wonderfully crafted passing of the torch affair vs. Jushin Liger. These two matched up on ROH’s War of the Worlds tour in Tornoto but that match wont air on tv for quite some time. Given the time on that match, it felt like a dress rehearsal in a way to the big stage here tonight.

The opening here was fantastic. Some beautiful table setting and crisp, intricate wrestling. Neither man was able to gain the decisive advantage but each went for quick submissions and tried to gain an upper hand. There was a really sense of struggle in these early moments. O’Reilly is able to obtain the advantage at around five minutes in and goes to work on Kushida’s leg. This worries me as if there is one weakness in Kushida the past couple of years, it is that his leg selling can be spotty at points. Kushida is worked over for a few minutes here but is able to deliver a beautiful arm lock slam from the top rope. That provides him the opening he needs to really go after Kyle’s arm. This also sets up the Hoverboard Lock wonderfully. After a little bit of back and forth, Kyle goes back to the leg on the outside. I really liked this spot because it had shown that enough time had passed for Kushida to recover from the earlier damage, but Kyle still wanted to make the leg work a point of emphasis. A wonderful spot results from there with Kushida being set in the chair and Kyle going for a running knee strike. In midair, Kushida is able to lock on an arm submission. The call backs to the earlier strategies of both competitors is really refreshing.

Back inside, we have progressed to the final act of this contest. Kyle is able to hit a guillotine sleeper and a back suplex for some nearfalls. Kushida’s rope running and climbing has either been cut off or minimized which does a good job showing the damage Kyle has been able to convey throughout the match. Even a teasing of Kyle placing Kushida on the top rope resulted in Kushida climbing too slowly to hit a top rope move. The result from the top of Kushida reversing the back suplex attempt was strong in continuing the storyline as it didn’t require any launching of the legs from Kushida. Kyle does a vicious sequence of kicks and looks for an armbar submission. He is able to fight for it and gains the submission victory to the surprise of the Korakuen Hall patrons..

The finish was a little odd psychology wise as the point of emphasis was always the leg for Kyle, but one could hypothesize that it makes sense in that Kyle had his arm worked over but in the end, it only took one deadly submission on the arm of Kushida for him to gain the victory. Besides that finish though, I was ecstatic with the restraint shown here. There were a multitude of times where Kushida would start climbing or being to run through rope running sequences where I would get nervous that the leg work would be blown off, Kyle was able to cut these attempts off every time. This was a huge win for Kyle and really propels these two to be a feud that build over the years into a wonderful career long rivalry. ****1/2

David Finlay showed some great aggression attacking the shoulder area of Rocky Romero in the first BOSJ tournament match of 2016. This was a really good match to set the table for the rest of the tournament and my anticipation that it will be top to bottom one of the strongest tournaments in BOSJ history. These are two guys that were in a match I wasn’t exactly anticipating, and they were able to throw out a ***1/4 affair that had a different tone from the rest of the matches on Night 1.

Gedo vs. Bushi continued the fabulous Chaos vs. LIJ feud. Bushi has revitalized himself and turned from someone that I couldn’t possibly care less about into one of my favorite performers in all of Japan. The mist was always looming here and they did a great job of showing Gedo stunting it and picking up the victory with his Gedo Clutch. Okada on commentary went wild at his mentor pulling off this feat and this was a great upset. Bushi is still someone who I expect to play very heavily into the end game of this tournament. Also, Gedo’s big punch at the end of this match has been dubbed the Rainmaker Haymaker by Alan4L and that is a wonderful name for the move. Bushi does get to blow his mist into Gedo’s face at the match culmination.

Taguchi vs. Sydal is getting some praise in the immediate aftermath on twitter, but it was a match I wasn’t able to get behind. Taguchi is really a conflicting figure in that he has a comedy vibe, but in instances like this match where he has both a leg injury and legitimate blood loss, he is unable to turn the switch into an ass-kicking performer. This made the match suffer overall. I do look forward to Sydal’s matches throughout the tournament.

Overall, this was a strong day 1 and while I do think A block overall is stronger with talent, this tournament should have at least one very good match with each show. I had been fairly low on New Japan as a promotion overall in 2016, but this tournament combined with LIJ rise to the top of the card have rekindled my interest in New Japan for the moment.