Trapped out of time on a world that defies reason, Booster Gold struggles to escape the fate that has held him and so many forgotten heroes captive!

Picked because: It’s the final week of DC’s Futures End tie-in event and this just might be the most important issue of them all. Booster Gold showed up at the end of Justice League International Annual #1 nearly two years ago and then seemed to fade from existence when he witnessed the first kiss between Superman and Wonder Woman. He came back to stop something, but we still don’t know what it was. He seemed shocked and confused by the kiss, so it definitely wasn’t that. Could it be Brother Eye or maybe the Earth 2 war? In any case, the preview pages of this suggest that Booster isn’t just traveling in time, but within the DC Multiverse. If that’s the case, then this is likely a completely different Booster Gold from the one showing up in Justice League 3000 in a few months. This version is a (former?) ARGUS agent and way more focused and driven than his “goofy” counterpart. Of course, Booster wouldn’t be Booster without that trademark wit, so there’s still plenty of that here, too. Jurgens is Booster’s original creator so there’s nobody that knows him better or writes him quite this way.

There’s a new, much darker Superman prowling the streets of Metropolis! But who exactly is he?

Picked because: If you’ve been reading Futures End, you know the secret of Superman’s mask by now. What we still don’t know is how it came to be this way. Dan Jurgens, with his second title in this week’s New Hotness, is going to fill us in on the details. This will likely be an important puzzle piece in the larger Futures End context and definitely a must-buy for those who’ve been reading the main title. For those that haven’t, it’s still going to be an interesting look at how Superman changed in the hypothetical DC Comics world of Five Years Later. If you picked up Action Comics Futures End #1 earlier this month, you know some things have certainly changed a great deal for Superman and all of those connected to him. 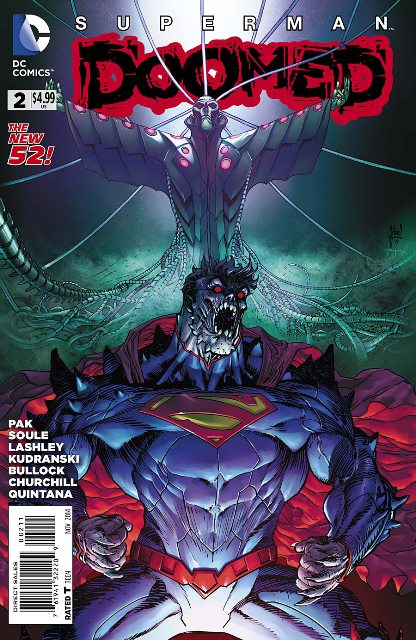 A Man of Steel who has lost himself in the monster must once again go up against the first threat he ever faced as Superman in the form of a villain who now has the power to warp reality with a thought. But this time if he defeats Brainiac, Earth will be lost. Batman, Wonder Woman, Steel, Supergirl are joined by Starfire, Guy Gardner and Green Lantern Simon Bazz and even Swamp Thing to make a fateful decision about their friend.

Picked because: Doomed has been kind of hit-and-miss as a story, but this New 52 introduction of Doomsday has made the character into something far more lethal than he ever was before (and that’s saying something). Greg Pak and Charles Soule had to contend with some plot points from Scott Lobdell, which didn’t make telling their narrative any easier, but they’ve found ways to both work around and incorporate those elements in ways that didn’t divert the proceedings too much. This is the final chapter of the story and the big confrontation between Brainiac and Super(Doom)man. Hopefully it’s also how Lois is finally purged of the Brainiac infection, too. Since she’s not infected with it in books that take place after this story (see Geoff Johns’ Superman arc), it’s reasonable to assume this is where that gets taken care of as well as possibly erasing her knowledge of Clark’s secret identity. If nothing else, the battle scene is hopefully worth the price of admission, which is noticeably higher than the standard issue price. The issue itself is about twice the size of a normal issue and it is the end of a major story, so that’s about par for the course. Pak and Soule have proven to be a very good team and will hopefully work together again in the future, though it likely won’t be on Superman or any DC property as Soule just signed an exclusive contract with Marvel Comics, effective next March. 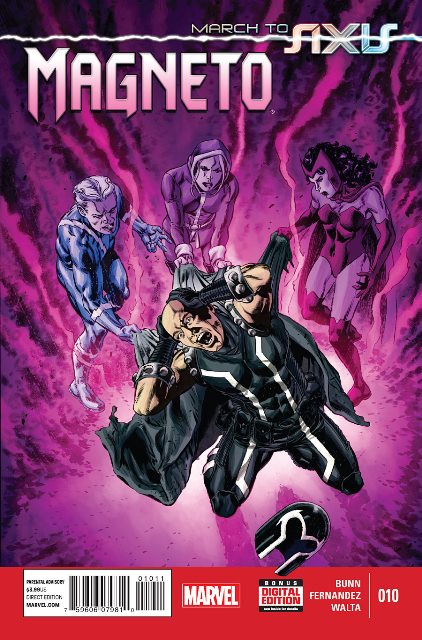 Picked because: Last issue didn’t look so good for Magneto, but his part to play in AXIS is fairly large so we know he’s getting out of this one. But, aside from his mission to help all mutants, he’s still out for himself, too. Namely, he’s after a variation of the Mutant Growth Hormone that might restore his mutant abilities to their full potential and make him the “Master of Magnetism” once again. Bunn’s handling of Magento has been spot-on from the start and despite this being the lead up to yet another Marvel event title, it’s no-less entertaining. Javier Fernandez is killing it on art duties with a gritty style that is befitting a title that’s all about dispensing some good old-fashioned vigilante justice with a twist of supervillain goodness. Most Marvel titles out this week, including this one, might seem to be a little deep into their stories to jump in, but this is one book that always makes it worth your while. Don’t sleep on Magneto any longer. This is one of Marvel’s absolute best books! 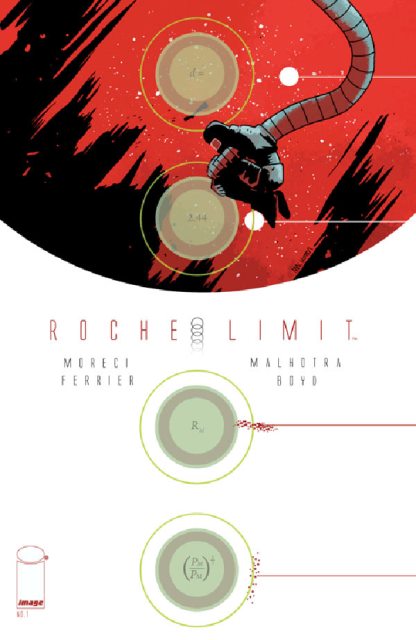 “OUR DESTINY IS THE STARS, AND I WILL LEAD US THERE.” Twenty years after this promise, billionaire Langford Skaargard’s dream of cosmic exploration is no more. Roche Limit, a colony situated on the cusp of a mysterious energy anomaly, is a melting pot of crime and terrible secrets. When Bekkah Hudson goes missing, the search to find her will plunge her sister and a cadre of the colony’s underworld figures into an odyssey that reveals a grim future for mankind. Blending 2001: A Space Odyssey with Blade Runner, ROCHE LIMIT is the first part of a bold sci-fi/noir trilogy.

Picked because: Social commentary in comics isn’t a new thing, but it sounds like Roche Limit is definitely about to hit a little close to home on a few subjects. One part Blade Runner and one part 2001: A Space Odyssey, this is the new sci-fi noir on the block and one of the minds behind Hoax Hunters and Hack/Slash is looking to make it stick. The premise might sound familiar, but when you see the art style and the ideas in practice, it might just make the hairs on the back of your neck stand up. This will be one to watch as it kicks off a new trilogy that fans of the aforementioned classics and those who’ve been keeping up with Image’s latest slate of new comics shouldn’t miss out on.