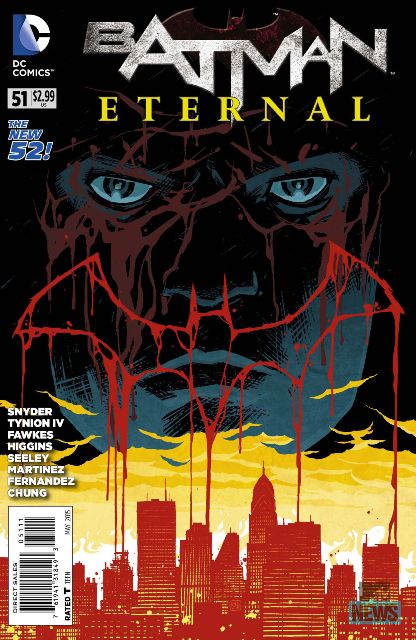 This month in BATMAN ETERNAL: The epic Bat-story over a year in the making comes to a stunning end! Gotham City is in flames! Villains are running wild in the streets! Bat-tech has been corrupted! And the mastermind behind it all has put a knife in Batman’s ribs! How will the Dark Knight put an end to this nightmare…and how will it shape the face of Gotham City to come?

Picked because: Last week we supposedly had a big reveal with Cluemaster being at the center of the vast conspiracy that left Jim Gordon a convicted murderer and Gotham City ravaged from all angles. But is that the end of the mystery? In this week’s preview pages, Batman isn’t convinced Cluemaster was able to pull this kind of job off and maybe we readers shouldn’t believe it, either. Could the true mastermind be someone else entirely? We’re going to find out in this issue! The plan will be laid out and we’ll finally know just how all of this came about. The end is only a week away and it’s been on crazy, fun and thrilling ride. 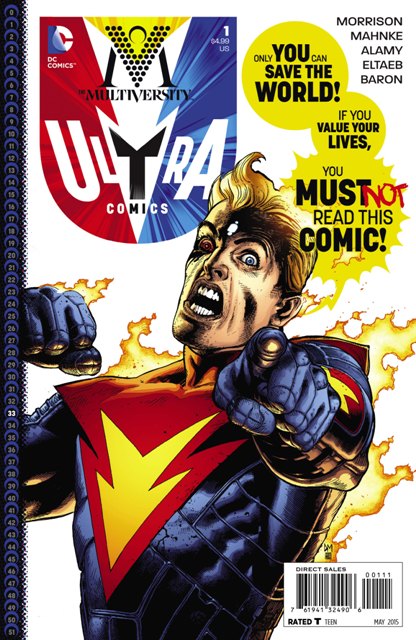 The penultimate chapter of the greatest adventure in DC’s history is here!

The acclaimed FINAL CRISIS team of Grant Morrison and Doug Mahnke reunite for a story so big it could only take place in the real world – that’s right, Earth-33 is back!

With the Multiverse under attack, a team of scientists create one final savior to take on the otherworldly threat…and its name is Ultra Comics! Literally held in your hands, one being will attempt to halt the annihilation of creation – and you, the reader, will have a front-row seat as you become an integral part of the resistance!

It’s another exciting, experimental story told by two of today’s top creators! You won’t want to miss this exciting issue which acts as chapter eight of THE MULTIVERSITY storyline.

Picked because: This month is all about wrapping up big stories for DC ahead of Convergence taking over its entire superhero continuity line for two months and none of those endings will be as big as The Multiversity. Grant Morrison has crafted what will go down as his defining work as he redefines the DC Multiverse (multiple Earths housing different versions of familiar and not-so familiar characters). This time, he’s headed to Earth-33 (aka Earth-Prime, aka the “Real World”) and he’s bringing his Final Crisis cohort Doug Mahnke along for the ride. Which means you can expect mind-bending storytelling and some fantastic art. There’s one issue left after this when Multiversity finally counts to 2 in April, but there hasn’t been a bad issue in the bunch. And each has been surprisingly accessible no matter what your background with DC might be. This will probably be the craziest issue in the entire series. 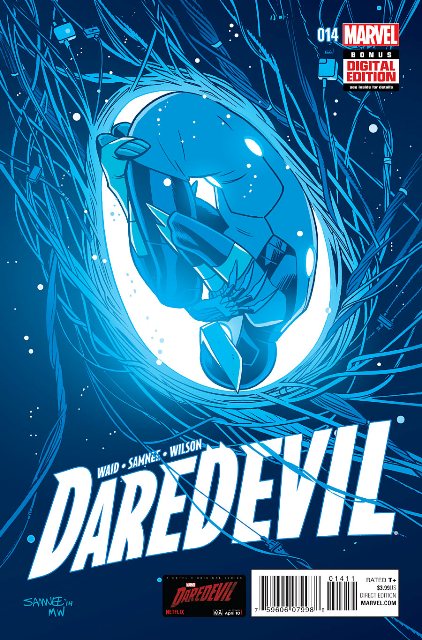 Picked because: Mark Waid and Chris Samnee have pulled no punches in shaking the Daredevil status quo to its core. And the title has been better for it. With this final story arc of their historic run they’re doing it again by having Matt Murdock embrace sides to himself we haven’t seen explored…possibly ever. And all the while we’re treated to some of the best art Marvel Comics has to offer. Samnee is as much responsible for Daredevil’s current level of fun storytelling as Waid, maybe even more so. The characters all feel very modern, yet the book maintains a kind of classic Marvel aesthetic that recalls some of the best pop art imagery of the 1960s. Things are coming to a head with this story and it may seem odd to jump in now, but passing up a story this good with a cover that’s sure to go down as one of Samnee’s best seems stranger. You might even go back and try out the rest if you haven’t started yet. There are worse ways to spend your money. 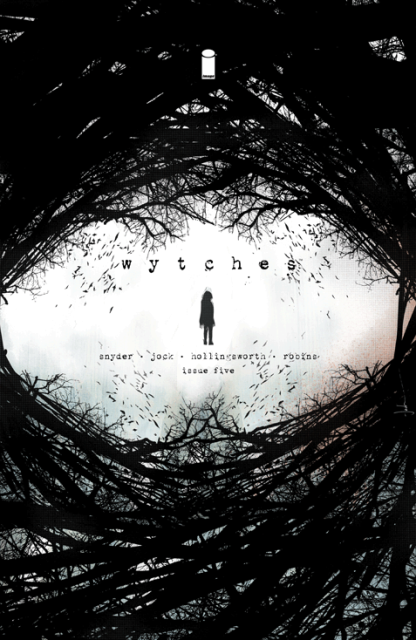 In the first half of the opening arc’s two-part finale, Charlie descends into the wytches’ burrow itself to save his daughter from an unspeakable death. But what horrors await him deep beneath the earth? And what secrets…?

Picked because: We’re finally going to see the wytches in their lair and their true power shown. After all the things that have happened so far, it’s likely going to chill readers to the bone. Snyder and Jock have created a new world that will certainly have those of you living in more wooded surroundings looking over your shoulder at night. How anyone will come out of this with their sanity intact is the biggest mystery. The twists and turns aren’t just for the labyrinth that is the deep woods. This is, hands down, the most unsettling and terrifying book Image is publishing today.