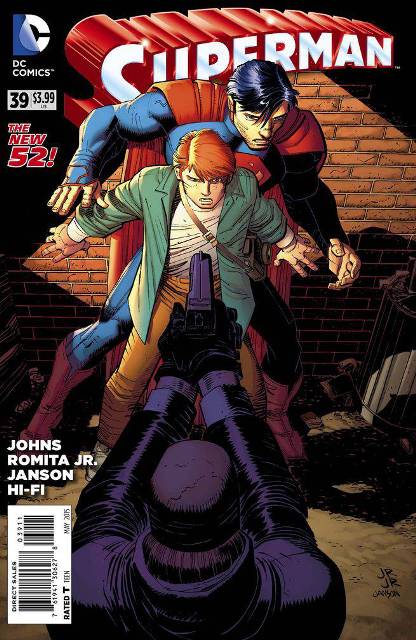 This emotional story reveals a rarely seen side of The Man of Steel as an ordinary person, as the super-star team of Geoff Johns, John Romita, Jr. and Klaus Janson continue their epic run on the series!

Picked because: As quickly as it began, it ended. Geoff Johns is leaving Superman at the end of this issue. The first and only story arc for the Chief Creative Officer of DC Comics on its flagship character will end on an action-light, but emotionally-heavy note. Jimmy Olsen had a huge bit of info dropped on him last issue and now he and Clark are going to have to figure out their new dynamic. The point of this issue, though, is to show the deeper humanity of Superman and how he will deal with having no powers for a little while. His new ability drained him completely and it’s going to take a day or so to recover fully. In that time, he’s as human as anyone else. Where will this leave the Man of Steel in the end? We’ll find out together as a new writer will be taking over at issue #41. Prior to that, regular artist John Romita Jr will be handling both writing and art duties for issue #40. This team, though, has brought the main Superman title back to a place much more familiar and yet totally different from anything it’s ever been before. Johns will be missed, but he’s left things in better condition than he found them and that can’t be a bad thing. 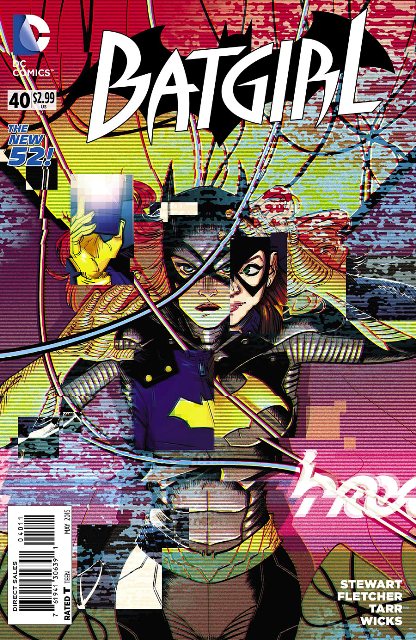 A decision Barbara made during her darkest days in Gotham City returns to haunt her! What was it? And how does it tie into the evil impostor Batgirl? Find out here!

Picked because: We got a crazy revelation at the end of the last issue! Babs may or may not be who she thinks she is after all. It looks like there really wasn’t a Batgirl imposter running around Burnside, but rather Barbara’s new subconscious. This all ties back to Gail Simone’s run and how Babs was able to have her spine repaired after being paralyzed by The Joker years ago. And it makes total sense in terms of her technological skills and might also explain why certain things haven’t clicked properly in her mind of late. The larger tapestry suddenly became clear and looking back as the first issue of this story it all started to fit like a nice, well-thought puzzle. Now we come to the climax and Barbara confronting…herself! This is going to be a fun one to see. We’re also getting a separate “Endgame” tie-in one-shot that looks like fun, too, so make sure you check out both. 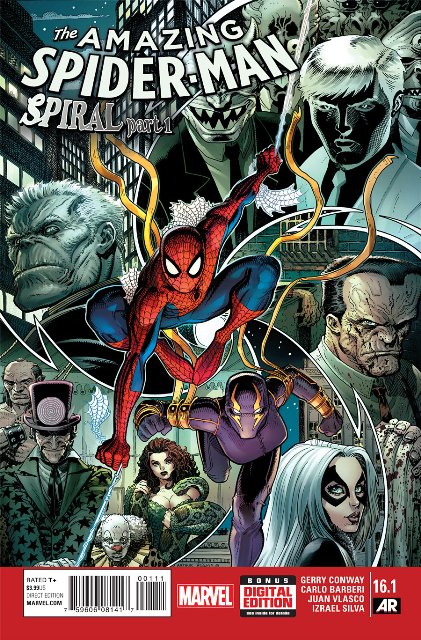 The underworld is in a constant flux and has been since the Kingpin got taken out at SHADOWLAND. That war is heating up and Spidey’s going to do something about it.

But he’s not the only one– Police Captain Yuri Watanabe is trying to curtail the madness both in her day job as a police officer and as the vigilante THE WRAITH!

Do she and Spidey play by the same rules?

Picked because: Spider-Verse is over and it’s time to get back to basics for Spider-Man. Who better than long-time fan-favorite writer Gerry Conway to step in and give us an “in-between” arc that has Spider-Man doing what he does best: taking down street crime with some classic web-slinging and witty banter. What’s not to love? Oh, and don’t forget some dynamite art from Carlo Barberi and Juan Vlasco. If the Dan Slott run hasn’t been the Spidey flavored comic you want, try this one on for size. It’s hard to miss with Conway Spidey. 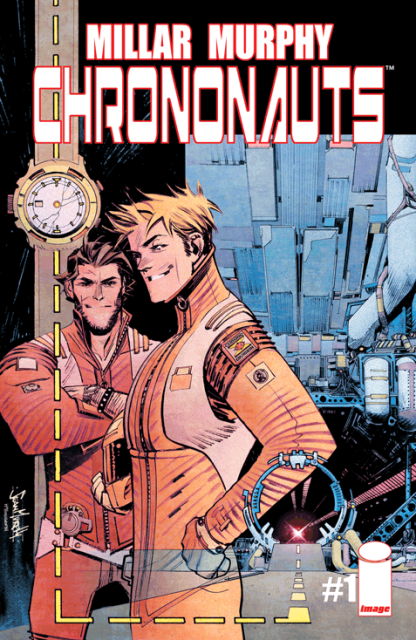 From MARK MILLAR (Kick-Ass) and SEAN GORDON MURPHY (Punk Rock Jesus) comes a bromance for the ages! Corbin Quinn and Danny Reilly are two buddies who love to have fun. They’re also scientific geniuses. When their research leads them to a time-traveling adventure, will they use their knowledge for the good of all mankind? Or use the space-time continuum for their own ends? This is the story of man’s first, televised steps through the time-stream and everything going wrong in the process.

Picked because: What part of this doesn’t sound like fun?!? A Millar story with Murphy art? A sci-fi buddy comedy? This is the book you can’t afford to miss this week!