Art and cover by Patrick Gleason

The team of Batman and Robin are together again! But what is the new dynamic for this crimefighting duo now that Damian has super powers of his own?

Picked because: Damian is back and he’s got a whole new set of abilities. The extent of his powers aren’t fully known yet, but Robin is suddenly able to take a lot more of a punch than ever before and bullets just bounce right off. What could this mean for Batman? It’s not the first time Batman has worked directly with a super powered partner (there is a title called Batman/Superman, after all), but his relationship with Damian will surely have to change now. We’ve heard a major status quo change for Batman is coming after Convergence ends but what that means is anybody’s guess. This story arc will be the last before Convergence begins and all New 52 titles go on a two-month hiatus. The biggest question is if Damian’s powers are permanent or, more likely, temporary. In any case, it’s going to be an interesting few months. 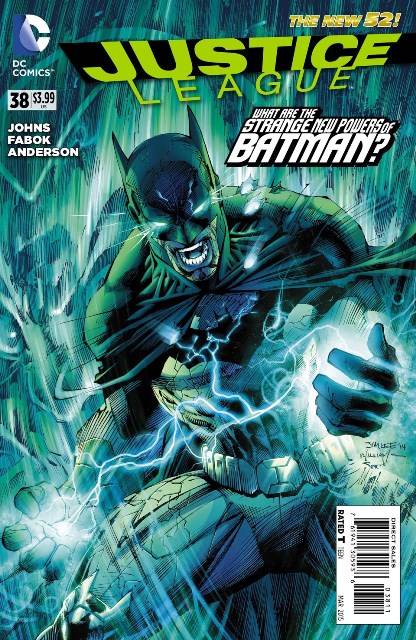 Picked because: Lex Luthor’s little lab experiment is incredibly out of control now. Amazo was always an interesting and fun villain for the League, but in virus format it’s become even more deadly. As it takes away the powers of meta humans, it gives normal people abilities before mutating them and ultimately killing them. The real mystery remains, though: who knew about it other than Luthor and who wanted to release it? The virus is airborne and lives indefinitely outside the human body so this might be the toughest challenge this version of the League has ever faced. Only Superman and Wonder Woman remain unaffected now. Johns and Fabok are setting the stage for the Darkseid War once Convergence ends and this team has been as tremendous as Johns and Ivan Reis proved during their time on the title. And Johns writes Wonder Woman better than just about anyone, currently (though you shouldn’t buy into the disparaging remarks of some critics over the current Wonder Woman solo title). Justice League is truly THE DC flagship title it always should have been now and proves to be a fun title every month. 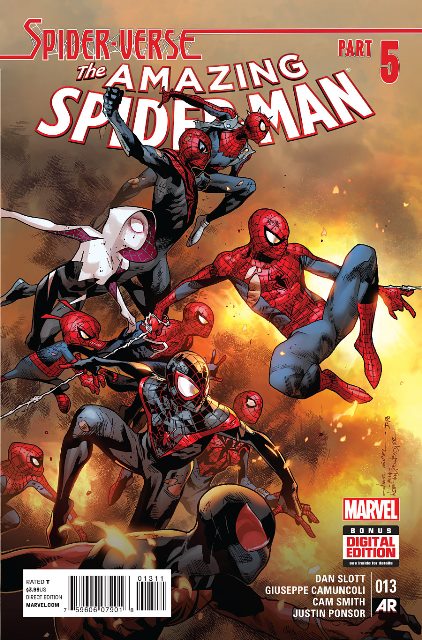 Picked because: The ending of last issue didn’t exactly “break the internet,” but it’s not like it was really meant to. Hype can be as fun as it is presumptuous. However, this fight will be the biggest in Spider-Man’s history and it’s likely even more universes are coming to an end here. We could also be seeing the beginnings of a few new Spider-Man titles. Spider-Gwen is coming up really soon, but I’m betting there are more coming up. This may be a major status quo change for the character in the 616, too. This is the beginning of the end for Spider-Verse and it’s been on hell of a ride. Let’s hop Slott can stick the landing, too. 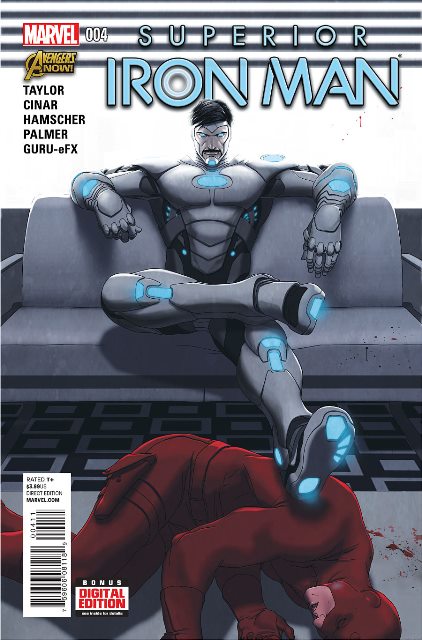 DAREDEVIL ON THE ROCKS!

Picked because: Tom Taylor has made quite an impression with his Marvel debut. Superior Iron Man is proving to be just about as much fun as Superior Spider-Man before it. Tony Stark just works so much better as a complete jerk. And this conflict with Daredevil is absolutely entertaining to read. Last issue had as many deeply emotional beats as it did fun and action. How far will Tony go before it’s too far? The best part of this series so far is that it’s been able to be its own thing without also feeling completely disconnected from the larger Marvel Universe. If you enjoyed Superior Spider-Man, Daredevil or any of the strictly solo Marvel titles of the last few years, this is one you need to check out, too. 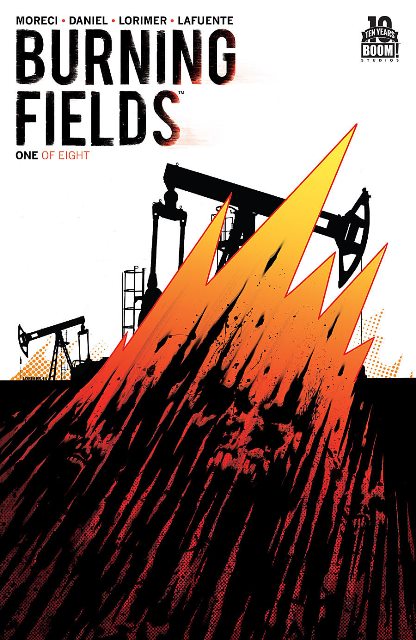 Art and cover by Colin Lorimer

Dana Atkinson, a dishonorably discharged army investigator, is pulled back to the Middle East when a group of American oil technicians disappear under bizarre circumstances. With the help of an Iraqi investigator, what Dana discovers is unimaginable: a series of unusual incidents at the drill site lead her and her unlikely ally to discover a mythic evil that has been released, one that threatens both the lives of the entire region and the fragile peace that exists.

Picked because: The creative team behind the sleeper hits Roche Limit and Curse, comes back to BOOM! for another round of fun. This time, it’s a decidedly more sci-fi/action feel with something that’s very much a cross between Zero Dark Thirty and John Carpenter’s The Thing. This team has proven to be one of the most creative working for the publisher, so anybody who’s a fan of either of the genres mentioned above should pick it up this week. BOOM! has been on a role lately and could soon catch up to Image as another creator-owned title haven. It looks like 2015 may be the year the publisher finally makes that move.