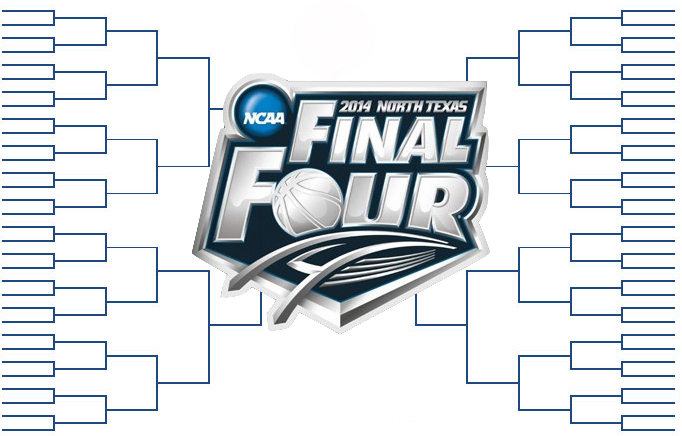 A Gator stomp could be on the horizon, Kansas are impeded by the loss of Embiid,  Virginia keeps grinding, and Sparty and the Cyclones are coming in hot.

Here at Disney World is where the #1 overall seed in the NCAA Tournament lies in wait. The Florida Gators, currently on a 26-game winning streak after winning the SEC Tournament, will get a walk in the park on state soil against some poor team (Either Mount St. Mary’s or Albany from the First Four). On the other side in the battle of teams on the edge, Pittsburgh, after some inspirational play from Talib Zanna in the ACC Tournament, plays a Colorado team that has a good offense and a solid cast, but has never been the same since star guard Spencer Dinwiddie went down to a knee injury. Both teams rebound well, but I will take Pitt simply because of more wear and tear. I don’t see Pitt beating Florida anyway.

PLAYER TO WATCH: Josh Scott. The Colorado center really stepped up his game after Dinwiddie went down and took the brunt of the rebounding responsibility. His battle with Zanna in the first round will be pivotal.

The next stop is the city that Ron Burgundy once said is Spanish for “whale’s vagina,” even though it really isn’t. The home favorite clearly is UCLA, who just beat Arizona in a terrific Pac 12 Tournament final to cap off an uneven but really good season. Kyle Anderson, nicknamed Slo Mo for his deliberate pace, is in firm control of first year coach Steve Alford’s offense. They play a Tulsa team coached by past Tournament legend Danny Manning. Nothing else to note about the Golden Hurricanes, who were below average and needed some awful play from Louisiana Tech to win the Conference USA Tournament. The 5 seed is Virginia Commonwealth, who is still pretty good years after their Final Four run. They play a Stephen F. Austin team from the Southland that had top 50 rankings both in points per game and points allowed. They got some attention for a 31-2 record in which they have not lost a game since before Thanksgiving. I say the end comes at the hands of VCU, but the Bruins’ potent offense thrashes the Rams in the second round.

PLAYER TO WATCH: Briante Weber. This VCU guard is averaging 3.53 steals per game. That is by far the most in the country, and he is the main cog to Shaka Smart’s havoc style of defensive pressure. If they play UCLA, he will be assigned to guard Kyle Anderson and Zach LaVine.

We may be in New York, but the battle of Ohio is going to take place when Ohio State takes on the Dayton Flyers, who haven’t been to the tournament since 2009. That year, they upset West Virginia to move on the second round. It may happen again, because the match up looks close on paper and Ohio State is a really bad offense when Aaron Craft is running the show. Thankfully for Craft, he is a premier defender without fouling and they will need him to shut down a decent Dayton offense. I see the Buckeyes scratching out of this one. Next up, Syracuse stays in state to take on Western Michigan, a MAC team with a potent inside-outside game thanks to Shayne Whittington and David Brown. Two guys won’t cut the Orange down, though, so Cuse will get a rematch with Ohio State, who cost them a Final Four trip two seasons ago. I say the Orange exacts revenge and squeezes out Ohio State’s already-wretched offense.

PLAYER TO WATCH: Tyler Ennis. During the undefeated run by Syracuse going into February, Ennis is the freshman everyone was talking about. His turnover ratio has dipped since the losses piled on for Cuse, but Ennis is still a terrific guard who never gets out of control. Aaron Craft will do all he can to rattle this cool customer.

In the Midwest is where the 2-seeded Kansas Jayhawks start their journey, but they will have to man up this weekend without their man-child of a center in Joel Embiid. He is out with back problems and probably won’t be back until the following weekend. The question now is will Kansas make it that far without him? The first round game against Eastern Kentucky should not be a problem. EKU is a great three-point shooting team out of Ohio Valley, but they were close to last in the country in rebounding. Not good against Kansas’ size and athleticism. One of the toughest ones to pick is New Mexico as a 7 seed against Stanford as a 10 seed. This is Johnny Dawkins’ first trip to the dance as Cardinal head coach, and his team is solid. The Lobos were underrated severely after winning the Mountain West Tournament, but maybe that was punishment for laying an egg as a 3 seed against Harvard last year. I will take New Mexico to face Kansas, which is a rematch to their last encounter in New Mexico. Kansas won that game, and I think they will win this one, too.

PLAYER TO WATCH: Andrew Wiggins. Um, duh. With Embiid out, the pressure is officially on for the Canadian freshman and potential #1 draft pick to show his stuff on a national stage. He has really broken out over the last couple of weeks, so stepping it up right now would be a huge boost for Kansas. Another player I really like is Stanford’s do-it-all big man Dwight Powell, also a Canadian.

In ACC country, we find the last #1 seed and the team that won the ACC regular season and ACC Tournament, the Virginia Cavaliers. Even the great Ralph Sampson never won the conference tourney, so you know this team can get it done, and they do it with suffocating defense, statistically the best in the nation. They will have their way with local school Coastal Carolina. You might recognize their head coach Cliff Ellis, who also coached Clemson and Auburn to tournaments in the past. The next battle will be Memphis, a team with a lot of talent but little consistency, taking on George Washington, who got good quickly thanks to Indiana transfer Maurice Creek. Teams with five players that average double-digit scoring is really dangerous, and G.W. has that. I will cautiously take the better Memphis team in the 8-9 match-up, but the Tigers are not disciplined enough to hang with Virginia.

PLAYER TO WATCH: Justin Anderson. You might have to actually watch him because he is not exactly a stat stuffer. A lot is made about Virginia’s Joe Harris and Malcolm Brogdon because they are the scoring leaders, but Anderson is a super sub who has long arms and puts a ton of energy on the defensive end. He made star players miserable trying to get shots off. He is a force on that end of the court even though he doesn’t start.

The home of the Gonzaga Zags will play host to a couple of match-ups, and this one has an all-time coach in Tom Izzo and his Michigan State Spartans. MSU managed a lot of injuries in the regular season and dropped games in doing so, but they were at full strength in the Big Ten Tournament and dominated in the way that people thought they could at the start of the season when they were #1 overall. Delaware out of the Colonial has Devon (Saddler) and Davon (Usher), who both average 19 PPG. They have a great offense, but Sparty is just too good here. There is always a 12 seed over a 5 seed every year, and this one might be ripe for that as Cincinnati faces an experienced and deep Harvard team coached by Tommy Amaker. Sean Kilpatrick had an All-American type of season and Justin Jackson really broke out as his sidekick at Cincy, but the Crimson might (ahem) outsmart them. Both teams have elite defenses, so expect a rock fight. I think Harvard wins, then just like last year, they go down in Round 2.

PLAYER TO WATCH: Branden Dawson. After breaking his hand in the middle of the season, the Michigan State small forward came back with a vengeance. Dawson is a poor man’s Michael Kidd-Gilchrist, a jack of all trades. He and Adreian Payne were really impressive in the Big Ten Tournament, and I expect the glue guy to really contribute whether it is Harvard or Cincinnati.

Uh oh, Justin Rozzero alert! Our fearless leader at Place To Be Nation lost his voice and probably his sanity cheering on his Providence Friars, who won the New Big East Tournament over heavily favored Creighton to get the automatic bid. Now star guard Bryce Cotton, a 21 PPG scorer, takes on another alpha dog point guard in Marcus Paige and the North Carolina Tar Heels. The one thing Providence lacks is size, and UNC has plenty of it to go with good rebounding numbers. Providence might be a poor field goal percentage team, but North Carolina is an abysmal 62 percent from the free throw line as a team. If the game is tight, the Heels might blow it at the stripe. Meanwhile, the other hot conference tournament champ along with Michigan State are the Iowa State Cyclones. I cannot lie, I love this team. Fred Hoiberg runs an NBA offense with college kids and always keeps them in comfort zones to score quickly and efficiently. They are the best team in the country in assists and run one of the quickest tempos. They play a scrappy NC Central team that has to slow down ISU to stand a chance. We will be in for a track meet if Iowa State plays UNC, and that is what I expect. Too bad North Carolina is horrid from the three-point line, a spot where the Cyclones thrive.

PLAYER TO WATCH: Melvin Ejim. The Big XII Player of the Year (and also Canadian) really blossomed in his senior season from a role player to a bona fide stud at small forward. His 48-point, 18-rebound dunkfest on TCU was a coming out party for Ejim, who can attack the rim with ease along with a good outside stroke. His potential duels are with either UNC’s James Michael McAdoo and Providence’s LaDontae Henton.

I have Syracuse coming out of the Buffalo sub-regional in the South, and we can add to other Big East members to the arena, one former and one still. UConn is now in the American Conference and they relied heavily on senior point guard Shabazz Napier, who had an All-American season. He may not be Kemba Walker, but he is damn good and was the last person to sink Florida this season. Kevin Ollie’s Huskies take on Saint Joseph’s, who floated on the bubble before turning it on in the A-10 Tournament. Many want to see the old school Pennsylvania rivalry of Saint Joe’s versus the 2 seed Villanova Wildcats, who won the New Big East regular season title. Nova’s advanced metrics are great on offense and defense and they make a lot of three-pointers to go with their deep roster. They will play Milwaukee, a team that shocked a really good Wisconsin-Green Bay team that seemed dead set on winning the Horizon League before Jordan Aaron put the Panthers on his back. They will get throttled quickly, then I envision a rekindling of Big East rivals in UConn vs. Villanova. I say Napier pulls off some magic and take down the 2 seed. Remember also that the last time Villanova was a 2 seed, it did not end well, losing in the second round in 2010 to Saint Mary’s. History may repeat itself.

PLAYER TO WATCH: Halil Kanacevic. Straight outta Staten Island, the Hawks’ burly power forward was a double-double machine in the A-10 Tournament, averaging close to 15 rebounds last week and patrolling the paint. He will be challenged by a great shot blocking team in UConn and mainly Amida Bromah.