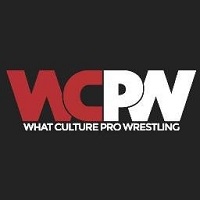 Really nothing much to this one except What Culture bringing in Cody on his indy tour for a “dream match” on paper vs. Angle. They did face off in NEW in August in which Cody was victorious.

Sometimes matches end up looking like a catastrophe waiting to happen and end up overdelivering by the immense effort of the two competitors in the ring.  This was not one of those matches. You may consider this opening to be played out which seems to pair well with WCPW attempting to be a professional wrestling promotion.

I want to start by mentioning the crowd. Typically, crowds don’t bother me for example when WWE crowds decide to go off and do their own thing. You do you. WCPW is a cut above in this regard as THIS MATCH  between broken down Kurt Angle and ousted WWE midcarder Cody Rhodes, starts with “This is awesome” chants. It isn’t even like it is Kurt Angle versus some indie stud or some other broken down grappler that at least has value for uniqueness. Then the crowd baited these poor grapplers who just wanted to put on a wrestling clinic into doing cartwheels. Offensive.

The wrestling eventually kicked in and I would define it as “fine”. That might be generous. They tried to connect “Hey, look, we are at a fun indie” to around the ring brawling stuff to limb work to a hot finishing stretch and each part was sub-par. Angle works the leg which doesn’t mean much after Cody drops it completely for half the bout. Credit where credit is due, the work on the ankle is not horrendous from Angle, stomping on it and twisting it up in the ropes. Lord knows I couldn’t watch a match based around that type of limb work but it filled time well enough. The punch exchange these two have forced me to question whether it was some meta psychology attempt with the punches looking so worked that the viewer may believe it is a shoot because nothing can truly look that weak. Cody throws a jab and Kurt in his old age is incapable of reacting even to show it registering.

I wish I had more to say. Outside of those two elements there wasn’t much to praise or bury. In some ways, probably most ways, that sums up Cody Rhodes.

There’s a universe where this is a decent midcard match on the next WWE PPV, or an above-average midcard match on SmackDown. Perhaps that’s selling it short; there’s enough meat to the match to justify its place as an indie main event, with Cody’s injured ankle providing an obvious target for Angle despite Cody’s determination to work through it to deliver his signature spots. (Following, of course, the bewildering segment in which Cody, Angle, and the referee all steal Tye Dillinger’s spots.) Cody’s determination to suck up the pain is enough justification for all of Angle’s moves that don’t target the ankle, since he has to wear him down the normal way before he can really crank in on the ankle, if you’re the sort of viewer who needs specific justifications for that kind of thing.

There’s a particular dynamic among former WWE performers that I find tedious — the complaint that WWE wouldn’t “let me be me,” as so often put by a gaggle of folks who left the company. Kurt Angle was in on this trend in some of his promos earlier in the modern era, when he led the way for RVD and Jeff Hardy to form a high-profile trifecta of people who left WWE for TNA specifically so that they could stay on drugs. (By all indications Angle and Hardy are clean now, and AFAIK RVD was never on the hard stuff anyway, so those moves worked out surprisingly well.) For another generation of release-seekers the complaint has gotten a little more meta, with the most recent examples being Damien Mizdow going to TNA and grousing about his gimmick while retaining his 2012 color scheme and theme music, and Cody Rhodes making it generally well-known that he didn’t want to play a third-rate Frank Gorshin any more. Fair enough, but the idea that no-gimmicks-needed generic wrestle-boy Cody Rhodes was ever going to make a quantum leap toward the top of the card is dubious at best…indeed, it seems only the excitement of an international indie goodwill tour following his departure is what got that job done.

Sometimes in wrestling there is a clear utility in being able to take in a live experience, chant along with entrance music, and shower your favorites from years gone by with adulation. This is a fairly static moment in wrestling; where nothing you’re witnessing will provide the same satisfaction when viewed later, or when watched by someone who wasn’t “there”.

This pretty much sums up the Kurt Angle indie tour, but here there’s a very thinly-added layer of story with Cody Rhodes and Angle taking their “feud” to multiple promotions. And interestingly enough, it’s Jim Cornette on commentary trying to get this over with the viewer. He sounds genuine, a throwback to his old days on commentary, but something about this whole ordeal rings very hollow and forced.

The majority of this encounter is pomp and circumstance. Within a 26 minute segment there is under 10 minutes of actual grappling. There’s the aforementioned chanting, both guys gleaming with pride. The crowd eats Cody up so he indulges them. After the bell rings there are peer pressure-induced cartwheels from everyone, including the referee. Everyone is “in” on what they’re witnessing; there aren’t any real expectations or drama. And this is perfectly fine! It’s fun and the paying customer is satisfied.

This is why it made no sense to do an injury angle in a short exhibition match.The story is ham-fisted when it doesn’t need to be. Cody, not even a minute into the match, hurts his ankle doing a simple leap frog. It’s wrestling 101, especially with Kurt Angle and his feared ankle lock. The crowd knows this; we’re painting-by-numbers here. But for some reason the drama has to be forced and it sucks the life out of the crowd and match. Cody does a couple moves but has to roll outside because of the ankle. The ref checks on him. Now a ringside doctor is talking to him. No one is buying this, because they get wrestling, and their intoxication from getting to chant and cheer is muffled immediately. Maybe this outside medical consultation fits if they’re building to some 20 minute main event, but here it just makes Cody look like a pussy.

Angle focuses on the ankle, something he would have done anyway without the theater. Cody, to his credit, does a springboard disaster kick on just the good leg. We move into all the signature spots. It’s both guys’ greatest hits even if its a very vanilla encounter, only escalated from their prior match with Kurt this time kicking out of the Cross Rhodes. Kurt dots the “I” to finish the story, grape-vining Cody’s leg into a submission. This was a perfectly acceptable indie main event, which will be largely forgotten by the time the next show rolls into town.

This match was like watching an amped up house show. The British crowd was raucous and that fed into the NXT-lite environment of this encounter. It definitely enhanced how enjoyable the opening cartwheel jokes between Cody, Angle and the referee were. This is a part of Cody’s first real venture outside of WWE and he held his own against the older, limited version of Angle in the ring. More importantly, he was able to match him in stature. He showed a presence in his entrance that felt like a star and the bomber jacket is a very good addition to his general look and persona. He felt like a peer to Angle, instead of this being a mismatch of names.

Still, at the end of the day this was just a house show match with all those connotations, positive and negative.  This was the kind of lightweight popcorn that is fun to be at, but in no way significant feeling. The work itself wouldn’t be that far removed from a SmackDown main event prior to the current brand split. Star ratings were not the point or goal here. This was about what looks to be the creation of an enjoyable afternoon or evening in the crowd. Sometimes it’s enough to just look fun. I don’t know if I’d ever want to seriously follow this on television or religiously hunt it down on the internet, but this looks like it would have been a BLAST to attend live.

Cody without Brandi Rhodes is here to fulfill his wish list. Kurt Angle is here for a pay day? To cement his legacy? Because he likes the UK? To be perfectly honest I’m not sure what Angle is doing here. I guess it really comes down to the fact that he cannot allow himself to give up on anything even if it is slowly killing himself more and more. Angle is stiff at times and you can see flashes of the Olympic gold medalist here, but for the most part I just see a red, white, & blue Frankenstein. The crowd doesn’t care as they they got what they wanted from this match when they had the chance to chant “this is awesome” before they first lock up. When your forte was being a wrestling machine that never stops it really puts a damper on your match quality when father time has stopped you cold in your boots. That is current day Kurt Angle in a nutshell.

Given WCPW is born of the What Culture website, Angle vs. Rhodes feels like an appropriately clickbaity main event to their biggest show thus far.

Bless co-commentator Jim Cornette for trying to contextualize the fun, if silly, opening minutes in which Rhodes lifted Tye Dillinger’s gimmick, but I can imagine his relief that it soon settled into something beyond a comedy house show match. I was hit full in the face by the irony of the crowd chanting “Are you watching Vince Mcmahon?” as they failed to do so themselves, but that’s not Cody or Kurt’s fault. They had a solid encounter which was focused around Rhodes’ tweaking of his ankle early on and Angle going after the injury, and once that had filled enough time, finisher kick-outs made for a hot finish. It was a thoroughly competent affair from two pros and that’s all I have to say about the match itself.

It’s evident that even with money WCPW have spent there are still some productions issues that need ironing out. There are also questions about the promotion’s place in the British scene. It’s hard to blame them for wanting to shortcut their way to success, but the sense of resentment surrounding their vault to prominence can’t be denied.  Sustained success will depend on the development of their own talent and a distinctiveness of style that as of right now is absent. Then again, they drew a crowd of over two thousand to an indie show in Manchester, so what do I know?