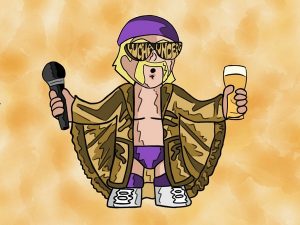 This week Timothy has on the original and first two time guest to the show Parv (@jerryvonk), from Where the Big Boys Play, Titans of Wrestling, and Letters from Kayfabe. They talk about Parv’s role as de facto voice of the PWO podcast feed & his role on the board. How Parv got into wrestling & how his fandom differs from Timothy’s. Does Parv break down film or music with a similarly ridged BIGLAVian rubric? When they talk about music including Parv’s Top 100 Music Artists articles currently on PTBN Timothy is supported by his guest co-host Quentin Moody (@qt_moody) host of Sorpresa Es Lucha and Psychology Is Dead.

It’s not all fun & games as Timothy does ask Parv about his sometimes confrontation & abrasive attitude on the internet. Closing out the show is a big announcement for the future of the PWO podcast feed, so stick around to the end to hear it.