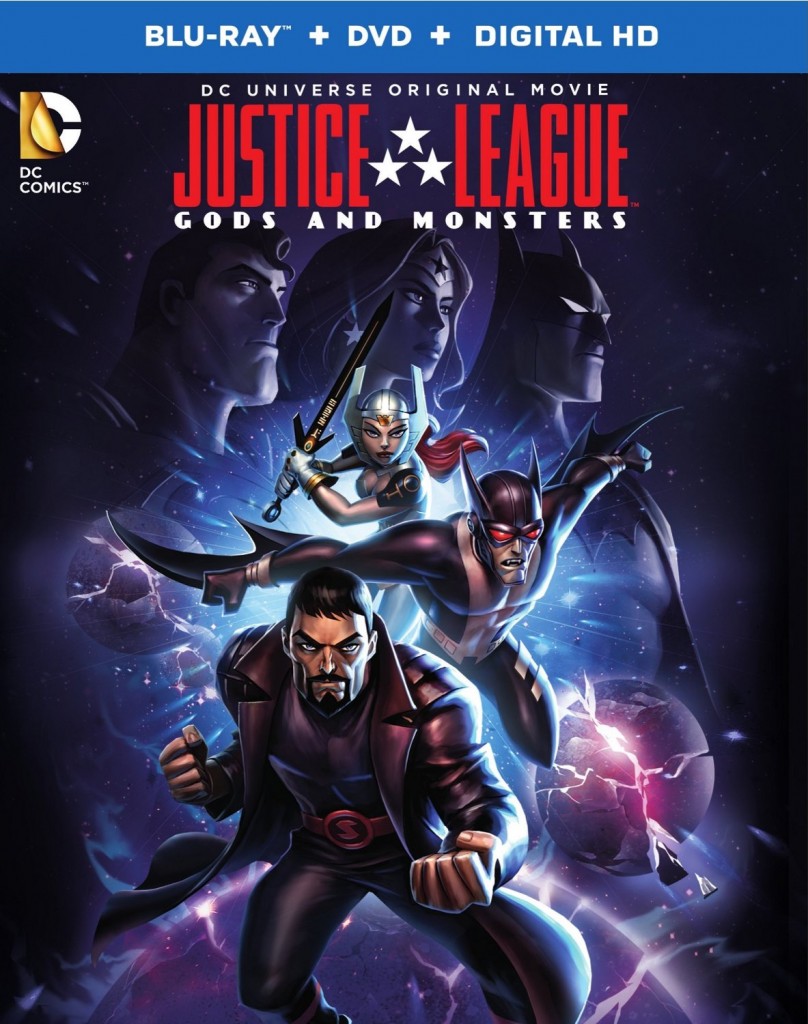 When reimagining popular superheroes, many creators can get a lot of push-back from fans and even other creators in the field. This can be especially true when going the “darker” route of making them edgier and/or more lethal than they’re known to be. Enter super-producer Bruce Timm, the one-time (and future?) god of the DC Animated Universe.

With Justice League: Gods and Monsters, Timm does something that other creators have attempted, with varying degrees of success, and manages to create something truly remarkable: dark, brutal versions of Superman, Batman and Wonder Woman that just about any DC Comics fan should love! (check out the shorts that lead up to the movie below)

The movie’s center piece really is Superman, who is now the illegitimate son of Zod. Timm and director Sam Liu go back to a more classic version of how Kryptonians are “born” for this take and thus avoids falling into the trap of attempting a rape scene; but Zod’s attitude about adding his own “genetic material” to the mix for what should have been baby Kal-El is more than a bit on the creeper side. The rest happens as you’d expect with Krypton exploding and its last son landing on Earth…but near the U.S./Mexico border instead of Kansas and with Superman being raised by poor immigrants. This gives him an attitude throughout the film that’s equal parts tragic, sympathetic and, at times, overly brutal.

This world’s Batman is actually Kirk Langstrom (Man-Bat in most other versions of the DC Universe), who while trying to cure his cancer turned himself into a vampire-like creature who has varying degrees of super abilities and genius, but is also bound by his need for blood. He’s still himself, but much more brooding after the accident. Not that he was much of a conversationalist before, though. Despite being best friends with the most popular guy at the party, Dr. Will Magnus (creator of The Metal Men). At times his character seems to lack depth, but those are the only times the movie’s pacing seems a little off. Don’t worry, though, the payoff at the end is well-worth it.

Bekka, this world’s Wonder Woman, is actually a New God from New Genesis. She spends most of the first third of the movie being the resident badass who seems to take a lot of joy in fighting. But once her character is fleshed out more in the second and third acts she becomes as tragic as Batman and Superman, maybe even more so than either of them. She also makes a great leap forward in dealing with what happened to her years earlier.

The main plot of the movie involves the JL members being framed for murdering several prominent scientists by odd beings who are able to mimic the individual heroes’ abilities. Timm and Liu also do a great job of showing how divided the world is over the Justice League. Some love them, some hate them but nearly all live in fear of them in some way or another, even the President of the U.S., Amanda Waller! It stands to reason that someone would try to find a way to break them, if necessary. Enter Lex Luthor, who is written similarly to how you’d expect, but the twist in his character in the film’s third act makes him far more interesting. And Jack Kirby fans should get a kick out of the wink/nod to another character, too.

As for action, this movie has it in great supply. Which is amazing considering how much character development gets packed into its 76-minute run time. The final battle between Superman and the combined might of the three previously mentioned mimics is really something spectacular, but so is every other fight in the final act of the movie. If there’s one thing Liu and Timm make sure to do after lots of buildup, it’s deliver. And Justice League: Gods and Monsters delivers on every level!

The emotional weight of the heroes is what really makes this movie work so well. The villain, once revealed, doesn’t have all that original of a plan or even one that makes a lot of sense, but the personal connection and reasoning behind it give it enough punch to make it feel real. While not as emotionally resonant as Wonder Woman or Batman: Under the Red Hood, Justice League: Gods and Monsters still deserves to be mentioned in the same sentence as either of those fine examples of WB Animation. One of the best works from Timm or Liu in some time. Hopefully there’s a sequel in the works (or maybe a new TV series!). This one deserves that treatment and it’d be cool to see new versions of some other characters, too. (Green Lantern, The Flash, Aquaman, Cyborg)