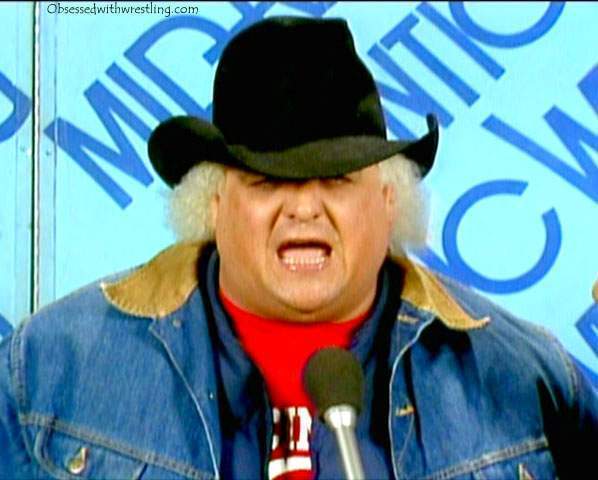 There are legends and then there is Dusty Rhodes.

The History of Wrestling boys are back as Graham Cawthon, Brad Stutts, and Dan McGinn talk about the influence and legacy of the late ‘American Dream’ Dusty Rhodes.

The guys scrap their planned show and instead share their personal memories of Dusty and his charisma, detail his years as a performer and booker, and discuss his greatest triumphs and failures.

The talk focuses on Jim Crockett Promotions (from the creation of Starrcade, the Great American Bash and Wargames to Dusty’s impact on the careers of Ric Flair, the Four Horsemen, Big Bubba, Magnum TA, and Nikita Koloff) his run in the WWF against the Big Bossman, Macho King Randy Savage and Ted Dibiase, and his later roles in WCW, TNA, and NXT.

Follow Graham, Brad and Dan on Twitter at @thehistoryofwwe, @stuttsy, and @DMacP2B and use the hashtag #HoWPodcast if you wish to send them comments or questions. You can also follow our mascot (Dan’s dog) on Twitter at @KingBasil1110. For more, visit http://www.thehistoryofwwe.com.