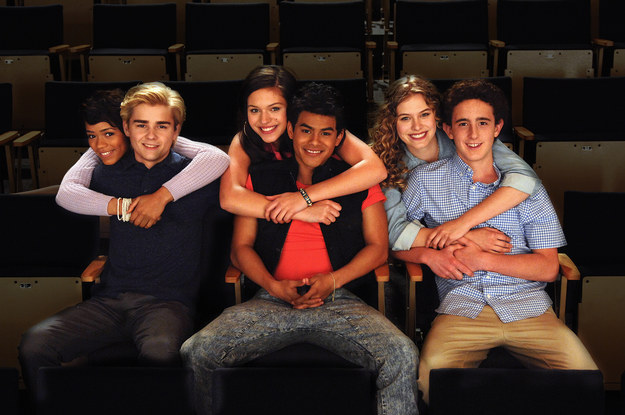 Children of the 80s and 90s are rejoicing in the street today. TBS executives are running around the CNN Center scheduling extra syndicated episodes of the show queued up for pre-work watching by the masses. Mario Lopez is taking a break from doing awesome things to quietly fist pump…or shake his head. That is because the Lifetime Network is currently beginning production on the Unauthorized Saved by the Bell Story, coming to you via LED TV in the near future. Lifetime tells us that all new interviews were conducted to create source material for this epic, but there are also assumptions that many of the stories will come from Dustin Diamond’s tell-all Behind the Bell, which in part detailed the wild sex and occasional drug use that the cast would delve into during the show’s run. And that chapter was just about Rod Belding.

SBTB was wildly popular in its day and remained so thanks to the magic of syndication, but it seemed that the body was barely cold before NBC became hell bent on resurrecting the franchise in some way. First we had The College Years, followed shortly thereafter by The New Class, which still featured Diamond and Dennis Haskins, clinging to both fame and hair, well for the latter anyway. Years later, we have had various reunions in one way or another thanks to Jimmy Fallon and Extra, and of course an E! True Hollywood Story, but for the first time the epic tale will be dramatized for our enjoyment and will mainly feature up and coming teen stars, perhaps in an homage to the subject matter. Buzzfeed has the details on the cast if you want to scope pictures and bios. No word on who will play Mr. Belding, Mr. Tuttle, Zach’s mom (show me…Lacey Chabert! DING!) and of course Miss Bliss, if they decide to acknowledge that long buried era of the show. I find it hard to believe Haskins won’t be involved on some level, although he may better suited to fill the role of Leon Karose than himself at this point.

Regardless, the internet was a buzz, as it should be, as Lifetime specializes in exactly this type of thing and they have rolled out plans for a pretty loaded slate upcoming, revealing plans for flicks on Whitney Houston and Aaliyah as well. So, let us kick our feet up and enjoy the ride of relevance that Saved by the Bell will have over the coming months because with Lifetime behind the wheel we at least know it won’t be nearly as awkward as this reunion attempt:

For more Saved by the Bell greatness, check out Jen, Justin & Chrissy’s tribute to the show in the latest We Miss the 90s