Mild-mannered reporters by day, Greg Phillips and Nick Duke share an intense love of comic books that has made them the Hard-Traveling Fanboys. And if there’s anything that fanboys love, it’s debating what book is better than another book or which character is “cooler.” Enter Countdown, a monthly column where Greg and Nick will give a top five list and debate the merits therein.

Greg: Welcome, once again, to another rousing edition of Countdown! Well … this one isn’t quite so rousing. My cohort is sitting out this week, allowing me to take the lead on this special Mothers Day edition. The problem is that comics don’t exactly have a long and glorious history of good mothers. Most of them are either dead or horrible people. In fact, one could argue comic book writers have treated their (characters’) mothers wrong.

Nevertheless, I’m going to present five comic book moms who have managed to embody the characteristics that make up good parents. That’s right, as a counterpart to our top dads countdown last year, here is a list of my favorite comic book moms. 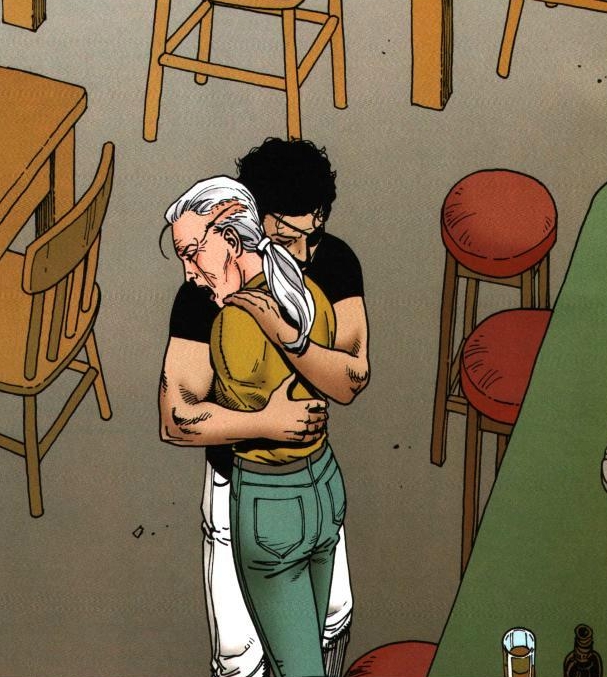 OK, granted, she missed most of Jesse Custer’s life, but given the field’s slim pickings, the Preacher matriarch fits the bill of a good mother. Just look at what she went through to protect and/or defend her family — she got shot, lost her arm to an alligator and ended up in a coma for years. When she finally awoke, she had no memory of her husband or her beloved son.

All that tragedy only made the eventual reunion between Christina and Jesse that much more emotional. It stands as a memorable issue in a stretch of incredible issues by Garth Ennis and Steve Dillon. Once she and Jesse got to know each other, it was apparent where Jesse got much of his toughness — and compassion. 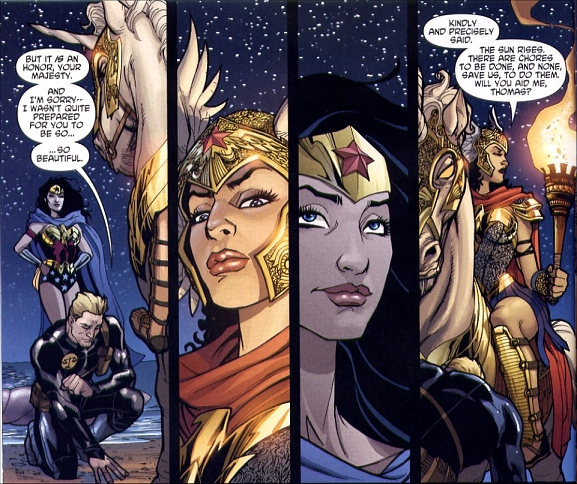 OK, sure, Hippolyta and her daughter, Wonder Woman, haven’t always gotten along. But through the years, few comic book mothers have demonstrated as much love or dedication to their offspring as the Amazon Queen. Whether it was putting the entirety of Themyscira in danger during George Perez’s classic Wonder Woman run or arranging for her daughter’s replacement in order to save her life during John Byrne’s run, Hippolyta has never wavered from her top priority — the safety of her daughter.

By filling in as Wonder Woman for a time, she also showed the strength, wisdom and fortitude that made Diana the hero she became. Plus, she kicks a whole lot of butt along the way. Heck, she even joined the Justice Society AND the Justice League. Not many heroes can say that. 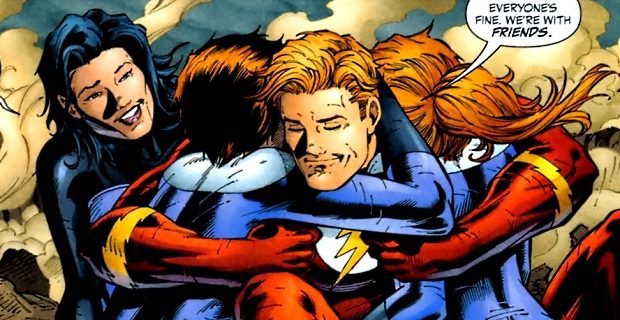 Would you travel to literally another dimension for your kids? Linda Park West would. And did. Admittedly, this is a homer pick, as I’ve long professed my love for Linda, her husband Wally West, and their kids. But this woman is the definition of a fighter. She survived the emotional trauma of not only losing her kids, but then seeing them brought back to life. Then she had to deal with them developing strange and unusual powers, and the whole “them being brats” thing. She was one of the most loyal, relateable romantic interests in all of comics, but the love she had for Wally was matched by the love she showed for her kids. 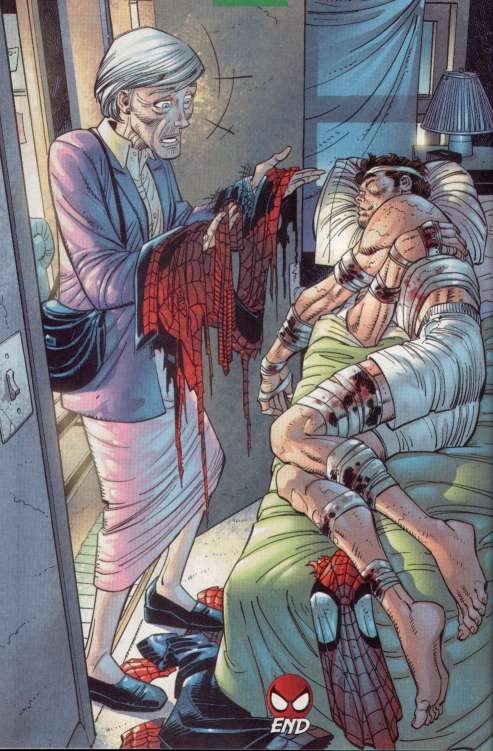 What’s that? Why, yes, I understand that May Parker is known as “Aunt May” for a reason. However, biology has nothing to do with truly being a mom, and no figure in Peter Parker’s life comes close to that description except May. She raised Spider-Man, her morals molding him into the man who arguably defines superheroes on the Marvel Universe.

It’s May who has been there through the tragedies, and it’s May who will be there when the next one hits. She provided support to Peter in the worst of times and inspiration in the best of times. Their bond was so strong that Pete literally gave up his marriage to save her life, though the believability of that is … questionable. Nonetheless, Aunt May is a shining example of what it means to really be a parent. Granted, a parent that is perpetually drawn to look like she’s 117, but a parent nonetheless. 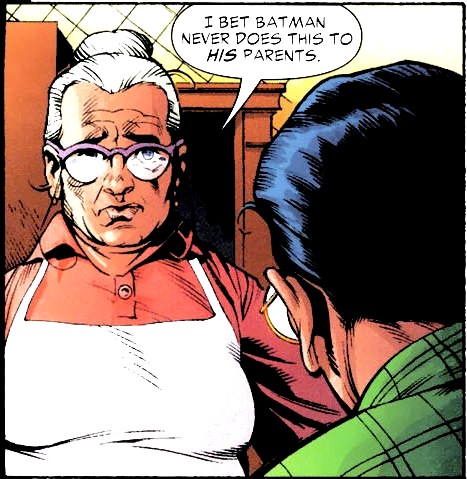 This was the easiest pick of any Countdown we’ve done. Everything I wrote earlier about Aunt May, well, you can repeat it verbatim for Martha Kent, and add every positive descriptor imaginable. Again, being a mom doesn’t mean being a biological mother. It means protecting, caring, guiding and, above all, loving your children.

Many people love Clark Kent, but nobody loves him more than Martha. Think about it like this — Superman is universally regarded as the moral standard for superheroes, and this woman raised him. Her ethics and her love inform Kal-El’s view of the entire world around him. Far from the arrogant god looking down on us (as he’s often referred to in pop culture), he is perhaps the most human of us all. And that owes directly to his upbringing on a small farm in Kansas.

While Jonathan Kent provided the work ethic and discipline, Martha was always there to provide the perspective that Clark needed to understand the good and the bad side of humanity. She’s gone through many different looks over the years, but one thing remains constant in every iteration — her heart.

Anyway, I hope you’ve enjoyed my all-too-brief Countdown of my favorite comic book moms. Who are your picks? Let us know through Twitter (@gphillips8652 and @nickduke87), email (GregP@placetobenation.com and NickD@placetobenation.com) or through the Place to Be Nation Comics Facebook page.