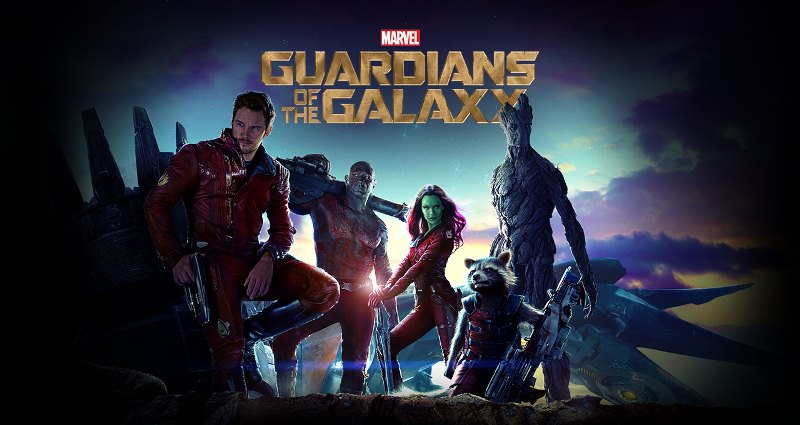 Just three years ago, the idea of a Guardians of the Galaxy movie breaking box office records would have seemed like a bit of a stretch.

The world had just gotten an awful Green Lantern film that might have suggested audiences had little interest in cosmic superhero films and preferred things a bit more grounded, ala Iron Man and/or Captain America. Sure, you had Thor, but that film also benefited from a fantasy-esque feel which opened it up to fans of things like Lord of the Rings.

Then, along came writer/director James Gunn who had this crazy vision for the ragtag group of misfit heroes and history was made. This is an adventure story that owes as much to Star Wars as it does to Indiana Jones (can you tell he loves some George Lucas stories?).

Peter Quill, aka Star-Lord, is introduced as a young boy in the late 1980’s who watches his mother die of cancer just before being seemingly abducted by aliens. This being the Marvel Cinematic Universe, you already know aliens exist, so it’s not a stretch. But why him? A mystery for another day, though his mother does refer to the boy’s absent father as “an angel.”

Twenty something years later and Peter (played wonderfully by Chris Pratt from Parks and Rec) is a grown up treasure hunter/smuggler very much in the vein of Han Solo and Indiana Jones. He runs afoul of Ronan The Accuser when they go after the same artifact on a seemingly dead planet. And once Peter attempts to sell his hard-won trinket he finds out that a whole lot of folks have it in for him as a result.

There are lots of characters introduced in a short amount of time, but Rocket Raccoon (voiced by Bradley Cooper) and Groot (voiced by Vin Diesel) have a habit of stealing every scene in which they appear. And even though Groot only ever says one phrase (I am Groot), he still manages to edge his way into the hearts of the audience. Rocket, on the other hand, drops some great one-liners along with some well-timed comedy as well as becoming the next great action hero to watch. But don’t let that fool you into thinking he doesn’t have depth. There’s a scene in a bar where Rocket’s past comes to light and he’s shown to have some fairly serious trauma lingering within. And another scene with he and Groot near the end of the film is likely to pull some tears out.

Zoe Saldana shows off some really great action skills as Gamora, but her character is a bit underwritten for the level of importance she’s assigned early on. As an adopted daughter of Thanos (aka, most evil entity in the whole Marvel Universe and played by Josh Brolin in two scenes) she’s after the same stolen artifact as pretty much everybody else in this movie. Once it’s revealed what this artifact actually does, things make a lot more sense and the stakes become much clearer.

The main villain of the story is a former Kree (see also famous alien race of Marvel Comics) named Ronan the Accuser (played by Lee Pace from Halt and Catch Fire) who hates the Nova Corps (space cops/protectors) for supposedly decimating his home during a war some years ago. He works for Thanos in a sense and uses Gamora and her adopted sister, Nebula (played by Karen Gillan from Doctor Who), as protectors/assassins/retrievers. Of course, Gamora and Nebula had their worlds decimated by Thanos, too, and aren’t his real daughters. Gamora wants revenge and sees an out when she meets Peter Quill who is on the run from the Nova Corps, Ronan and his alien abductor/former employer/space pirate leader Yondu (played by scene-stealer Michael Rooker).

Speaking of people wronged by Thanos, Drax the Destroyer (played masterfully by Dave Bautista of World Wrestling Entertainment fame) whose family was murdered by Ronan. His obsession with revenge drives him to make a lot of bad choices, but it’s Bautista’s performance that makes him a standout. He gives Drax more depth than the character ever truly needed and yet still manages some incredible dead-pan comedy moments, too. His no-selling of Pratt’s jokes/sarcasm (Drax’s species are totally literalists and can’t understand metaphors) are so perfect you’d think he’s been doing it forever. And his chemistry with a CGI raccoon and a CGI walking tree has to be seen to be believed.

While the movie is a mile-a-second thrill ride, it’s got a few hang-ups. Ronan’s motivations make sense, but his character is somewhat thin in terms of his performance. Chalk that up to how the Kree are as a species, maybe, but for someone supposedly so angry, he lazes his way through quite a few scenes. And, as mentioned before, Gamora is supposed to be the most dangerous person in the galaxy, but she seems to get relegated to a supporting role once the rest of the cast is introduced. Though she still gets one of the best fight scenes in the entire movie. The ending might also have a little deus ex machina element to it for the non-comic book fans in the room, but the initiated will know exactly what’s coming.

There are a lot of moving parts and literally dozens of characters who are introduced in this one, so paying attention is a necessity. Luckily, that’s not too hard since this movie is overflowing with fun moments, a great soundtrack and excellent dialog. The post-credits scene is a little inside joke for Marvel fans, so don’t feel like it’s absolutely necessary to sit through, but it’s still a nice nod and a funny moment.

This might not connect directly to the rest of the MCU just yet, but it’s definitely coming later on and it’s going to be great to see this team interact with The Avengers. Guardians of the Galaxy is a real winner and exactly what fans should hope to get out of a summertime blockbuster.