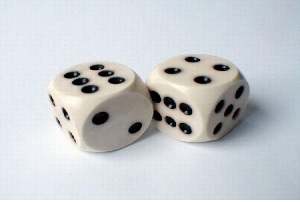 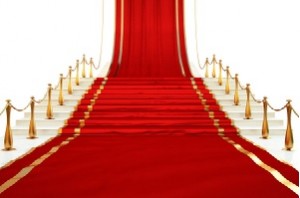 Day 7 kicks us off with two items that involve playing the odds and a little bit of luck mixed in.

Dice much like the deck of cards previously in the tournament has a long, regal history as a form of entertainment.  Dating back before recorded history, Dice has taken on a variety of forms from entertainment to life or death situations.  There is a variety of interesting games that can be played with multiple dice.

Awards Shows have become an event in American culture.  All four main award shows (Grammys, Academy Awards, Tonys, Emmys) bring together the main medians of entertainment.  Usually featuring snippets of the best aspects from the nominations, watching the four award shows would be a great crash course on the prevailing opinion in regards to entertainment for a given year.

Which item would you rather test your luck with? 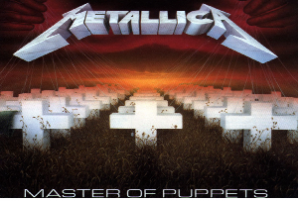 Both of our next choices feature tones of destruction and chaos just in different medians.

Grand Theft Auto had an inauspicious debut when it debuted in an 2D environment in 1997.  The first two entries in the series received decent praise, but the series really came into its own with Grand Theft Auto 3’s release in 2001.  Featuring an expansive 3D environment that allowed the gamer to control the destination, GTA changed the rules in regards to open world video games.  The most anticipated game of 2013 is the upcoming release is Grand Theft Auto V which we can assure you will have before you depart for the island.

Metallica fully claimed their crown of metal with Master of Puppets, their third album released in 1986.  Mixing in some more thematic imagery to go along with their relentless pace and guitar solos, Puppets became and endearing album to fans and is still the standard for metal albums 25 years later.

Chances are on a island by yourself, you may be on edge.  The question is which vice you would rather have with you.

Dark Side of the Moon vs. The Sopranos 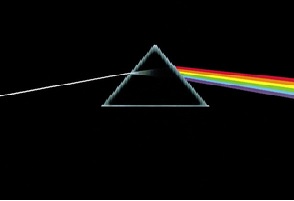 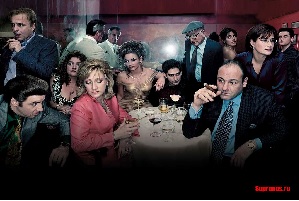 Not going to lie that when Justin Rozzero and myself developed this concept, this was the type of match up I had in mind. A crucial match up of two giants in music and television.

Dark Side of the Moon was released on March 1, 1973.  It represented the transitional point in Pink Floyd’s career.  Fusing together all of their experimental sounds and thoughts into one cohesive, enchanting album was one of the greatest accomplishments in recorded history.  The album was only #1 for one week but stayed on the Billboard charts an amazing 741 consecutive weeks showing the lasting power that the album carries.  Numerous interpretations and study have been conducted on the album proving its timelessness.

The Sopranos made HBO the destination point for quality television.  Oz preceded it, but the Sopranos molded and changed the rules on how high quality television could look like,  Tony Soprano remains one of the most complicated characters in television history and his family both in work and at home brought a complete world to the viewer.  The ending also was so ambiguous that it still creates heated discussion five years removed from it.

The choice is yours Nation.  I can’t believe one of these entries will be knocked out in the first round. 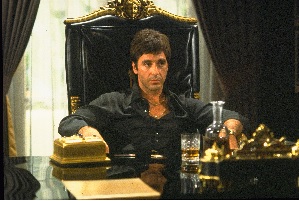 Our Final match up of day seven is between two polar opposite entities.

Tony Montana is a bad dude.  As iconic and grounded in reality entries like The Godfather showed mafia life, Scarface took a more outrageous tone and created one of the most memorable characters in cinematic history as well as iconic images ingrained in the viewers head.  Released in 1983, Scarface is another entity with an extended reach that still shows up today with people wearing Scarface T-Shirts at the mall.

“I’ll Be There For You.”  In sharp contrast to it’s opponent, Friends was a television show that depicted, well friendship.  Debuting in 1994, Friends solidified the Must See TV Block along with the back half of Seinfeld’s run and then anchored that block for NBC after Seinfeld departed the airwaves.  Friends was a “feel good” show that could carry some emotional beats such as Phoebe’s pregnancy or the Ross/Rachel/Joey love triangle.  Friends has a a rightful place on most DVD shelf to this day for a large demographic.

The ultimate match of good vs. evil wraps up Day Seven of the Desert Island Tournament.