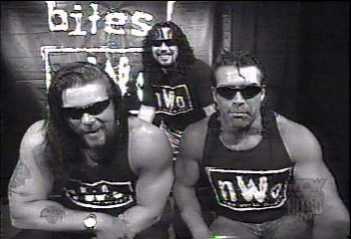 Kris & David are joined by Michael Rogalewski to discuss the week that was September 29-October 5, 1996 which features WWF in turmoil in New York City, comings and goings in Japan, Konnan vs. Antonio Pena at a tipping point, ECW getting red hot, and the early days of the nWo aren’t as great as we remember. This is a damn good show!!!

Podcasts Through The Looking Glass

Through the Looking Glass #11

Scott Criscuolo
Entertainment It was a Thing on TV Podcasts TV