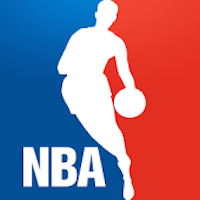 Welcome Nation, to the fourth installment of Ballers Don’t Lie, Holiday Hangover Edition. This time, our hardwood heroes dissect the brilliance of the Cavaliers and the Warriors, explore the badness in Brooklyn, and check in with some halfway-home hardware picks.

1. Are we headed for Cleveland/Golden State, Part III in the Finals; how sure are you?

3. Not quite to the halfway point of the season yet, but who are your picks for league MVP, LVP, Surprise Team, Disappointing team, Coach of the Year? Why?

1. Seems like it will be GSW and CLE in the finals. Cleveland is a definite — to me anyway — while I still say the Warriors are too deep for the Rockets. The Spurs can be a challenge for them.

2. Brooklyn is probably the worst team in the league. I can’t see the Nets topping 15 wins. At least they seem to play hard.

3. MVP is James Harden. Without him, the Rockets are probably below .500 and he’s adapted as well as possible at his new position.

LVP is Rajon Rondo. He has been a disaster and seems to be on the verge of playing himself out of the league.

Surprise Team is the Jazz. They’ve really played well as a whole and can win a first-round matchup in a stacked Western Conference.

Most Disappointing team is the Mavericks. Who thought they would be the worst team in the West? Time to rebuild.

Coach of the Year is Mike D’Antoni. Installing Harden at the point has been a revelation and that team is a legit title contender.

The Warriors are more likely to be taken out as they have games where the 3-pointers don’t fall, and if they remotely have to play a little defense, things get dicey.

Gregg Popovich might be able to work some magic for the Spurs down the line as Steve Kerr just rolls the balls out and watches four of the top players in the NBA go to work.

Brooklyn will need at least another 10 years to recover from the trade known as the Boston Massacre.

James Harden and Mike D’Antoni have formed a dream marriage between coach and player.

The LVP is Derrick Rose, a point guard who doesn’t pass or play defense and can’t finish anymore. Another Knick disaster.

Houston at [31-11] is the huge surprise and Portland has been the biggest disappointment as Terry Stotts may be the first coach axed.

1. We are headed for another Cavs-Warriors Finals. The Warriors are going to have a bit harder time getting there, but I still see them advancing to the Finals with challenges from Houston and San Antonio.

2. Brooklyn is a really bad basketball team right now. As D’Amato mentioned, they got destroyed by the Garnett and Pierce trade and basically mortgaged the next decade so that they could advance to the second round of the playoffs once. A truly horrible trade, which isn’t a surprise given their GM was Billy King.

3. MVP is LeBron James. Cavs [28-10] are on fire this year and playing at an even better pace than their last two Finals Teams.

For the LVP, I’m going to go with Monta Ellis. He was once a great scorer but now that he can’t score, he’s basically useless.  He can’t add anything to [the Pacers] and is hurting [them].

Surprise team for me has to be Houston. D’Antoni has been the Coach of the Year as well. Harden went from one of the worst players to watch in the league to one of the most exciting now that he is at point guard.

I figured D’Antoni was all but done as a coach following disasters in New York and Los Angeles. It’s great to see that he is back as a top coach.

Most disappointing team is the Trail Blazers. I expected Portland to be a No. 4 or 5 seed and it looks like they might not even make the playoffs. They have talent but Terry Stotts has lost the team.

1. I think Cavs/GSW III is a foregone conclusion (barring injuries of course). I love Houston but I don’t think anyone can play that style against the Warriors and have a chance in a seven-game series. San Antonio has the style but not the horses. They have no answer for Curry.

2. The Nets are a disaster. Completely agree with JAD… the mad Russian set that franchise back a decade.

3. I’m surprised I’m the only one saying this, but I think Russell Westbrook has to be the MVP right now. If he averages a triple-double [per game], I think it’s a lock. I love Harden, but D’Antoni’s system is definitely juicing up his stats. With that said, it did win Nash two MVPs, so who knows.

LVP for me is Ricky Rubio. That team [Minnesota] is loaded with young talent and has been very disappointing. He’s the one driving the car and his [stats] are down across the board.

Surprise team has to be Houston for the reasons you guys stated.

Disappointing team for me is the Knicks. They made a couple of big-money, win-now moves in signing Noah and trading for Rose and it hasn’t worked out at all.