I confess in advance that I am slightly cheating on this “clandestine” edition of Backloggery Beatdown. I had completed the “story” element of Lego City sometime ago, but I’m feeling inspired after having seen The Lego Movie. 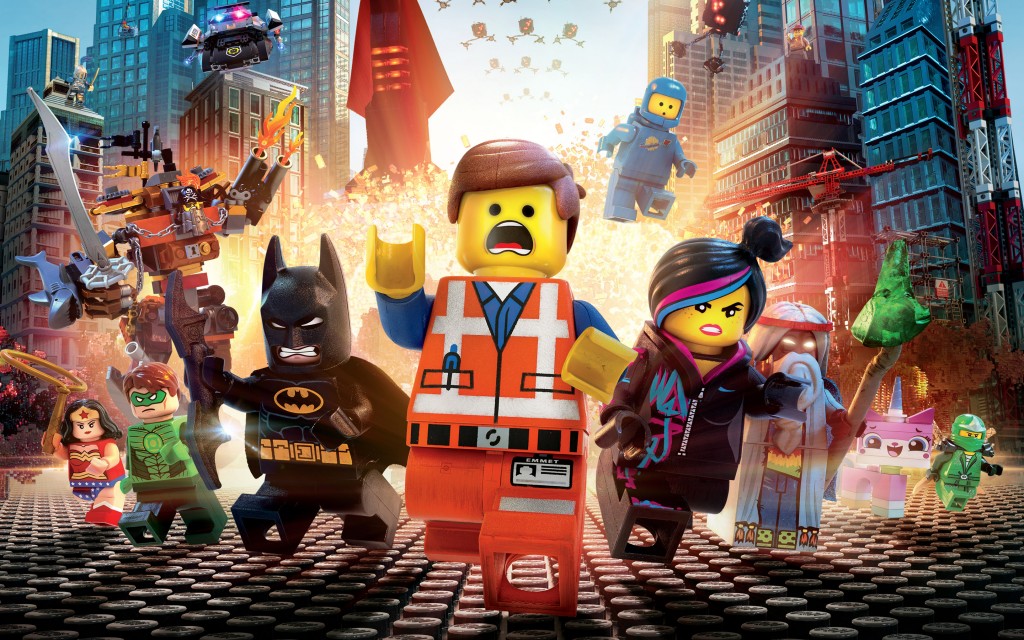 The Lego Movie inspires imaginations in ways similar to, but perhaps not as comprehensively as Toy Story. After all, the latter conjures juxtapositions of the old through Woody with the new through Buzz, and innocuous playtime through Andy with unhinged  imagination through Sid. Anyone born before it was conceivable to give a child a $400 device such as an iPad for a toy can’t help but to experience the joy of watching Mr. and Mrs. Potato Head embrace the ridiculousness of removable facial features that can be stored in their butts or a slinky-dachshund or that Playskool phone found in every children’s nursery or Sunday School class or the T-Rex that was more wuss than king. We get that. We got that. I mean, the greatness of the Tory Story franchise is universal truth.

There are few other forms of media that could capture the enchantment that is Toy Story. I can still remember how it inspired Nickelodeon’s  KaBLaM! and its stuper team, Action League Now! I especially enjoyed Small Soldiers, a darker take on toys “coming to life.” That movie is how I imagined my toy Predators would raid my G.I. Joe’s headquarters while I was gone to school, except that all of my toys would be in one piece when I returned.

Yes, all the way through middle school, I fantasized about what my toys would be up to while I was away. Especially my Transformers.

So it was frikin great to see The Lego Movie. Similar to how Toy Story evokes memories of fondness through the visual theatrics of children’s toys, The Lego Movie fulfills the grandiose fantasies of anyone who has ever played with Legos.

So that pretty much includes everyone.

Seriously, am I the only person who grew up looking—no, to this very day looks at Lego catalogs and says, “Man, if I had owned a dedicated room somewhere, and a crazy stash of cash (because Lego sets are hella expensive), I would buy all of that and create a Lego Universe”? Maybe I’m just a big kid, but still, it was quite a revelation to witness The Lego Movie demonstrate through the introduction of Wyldstyle, the capabilities of a “master builder.” If you have seen the movie, then you might cringe when I say that I’m TOTALLY Team Lord Business, because I’m the guy who always follows the instructions step-by-step. I refuse to digress from any of the “intended” designs. Back in the day, many playsets would feature “alternative builds” on the back of the boxes for extended play. I’d do those, but I was not gifted with the imagination, talent, or patience to mix and match Lego pieces with different sets, nor could I tolerate the freakish creations. I am a man who believes in order, symmetry. If I’m at an explorium with my kids, I’m “that guy” who steals all the red blocks because bricks are red and my house must to be all red and level.

Anything less would simply be uncivilized! And unacceptable!

So my city would look like Lord Business’s but I would not need “Kra__Gl_e” to…well that would be spoilers! Nevertheless, my “Lego World” would simply be a segregated one—my toy toys over here, my kid’s toys over there—essentially, the inverse of the inference that the ending of Lego Movie makes:

ALL CREATION(s) IS (are) AWESOME!

So yeah, the movie accuses me of being boring, unimaginative, draconian, tepid and intolerant, but I’m a big boy and can withstand some criticism. None of this prevented me from enjoying the film, of course. All that said, I do envy Wyldstyle’s ability to, during one of the opening sequences, build a pretty darn cool motorcycle out of parts just lying around, like some kind of cyborg mad scientist. Hell, the cyborg-pirate who strongly resembles Optimus Prime was my favorite character because he friggin favored Optimus Prime (see opening image above)!

I’m sure the concept of the “master builder” was inspired by people IRL who can sit in front of a pile of miscellaneous Legos and put some of those pre-conceived sets to shame.

Yes, I envy them too.