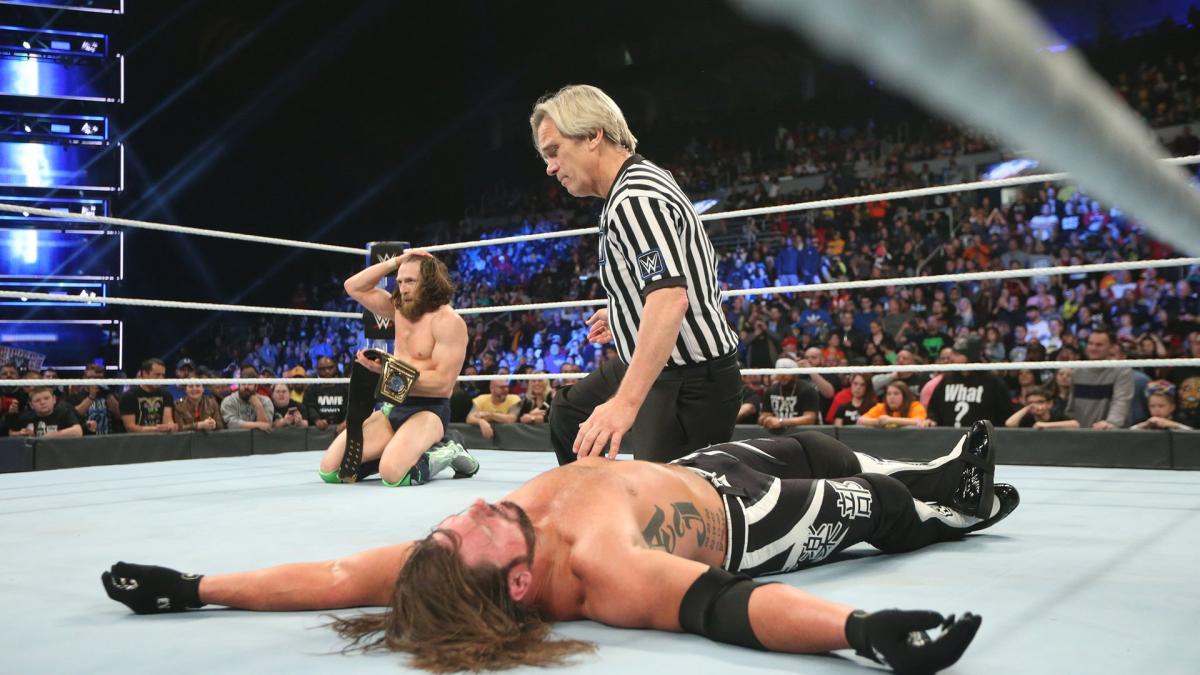 Jennifer: After a dust up earlier in the show, AJ Styles ended up having to defend his WWE Championship against Daniel Bryan. It was a good back and forth battle; a Calf Crusher here, a swift kick in the junk there (RIP AJ’s balls), and before you know it, Bryan pinned Styles for the victory. Daniel celebrated the win by pummeling The Phenomenal One’s face a bit more for good measure. This shit was crazy, I wasn’t expecting it but it was plenty effective. So Bryan will go on to face Brock Lesnar at Survivor Series this weekend.

Brian: The 205 Live main event of Lio Rush vs. Cedric Alexander contained very good action and a solid story. Rush had been taunting Alexander over his recent losing streak and last week gave a line of “hard work beats talent when talent doesn’t work hard” as he believes to be the superior talent. Rush was cocky throughout the match but he ended up on the losing end. Rush showed a lot in defeat and Alexander has been one of the most consistent performers on the show. On commentary they also pointed out how Rush was unable to fully focus due to his involvement on RAW as they can use that to set up for a rematch. 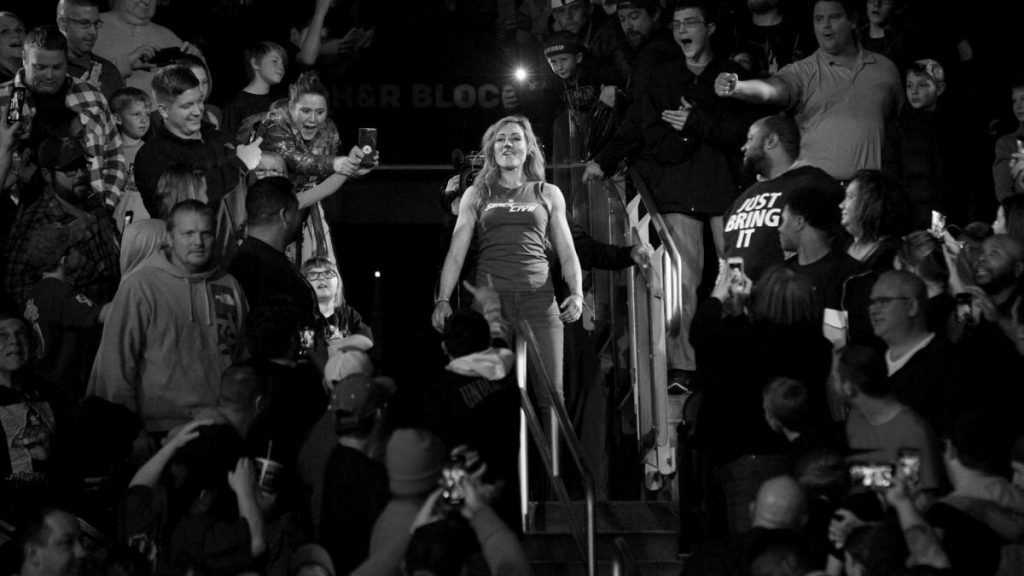 Jennifer: After the events on RAW the night before, SmackDown Women’s Champion Becky Lynch was forced to pick a replacement for her match against Ronda Rousey at Survivor Series this Sunday. But The Man was quick to tell us that if she had it her way, she would be there to deliver another beating to Rousey. Alas, she is not medically cleared to fight so she sized up her choices from the women’s division. The crowd loved Asuka and booed Carmella but ultimately The Champ picked none other than Charlotte Flair. “Go beat Ronda the way I was gonna beat Ronda” she said, shook Flair’s hand and then HUGGED her. I think she made the best choice but damn I was ready for that Lynch vs. Rousey match this weekend.

Brian: The best segment was on RAW when we saw Becky Lynch along with the SmackDown Women’s Division attack the RAW Women’s team. The brawl was great and the visual of Becky’s face busted open was memorable (unfortunately she was legitimately injured) and having her attack Rousey’s arm was a great way to build heat for that match.

Jennifer: “And take my word, even with a severe concussion and a broken face, I can still kick Ronda’s ass.” -Becky Lynch

Brian: “I sure as hell didn’t pour my heart and my soul into changing the meaning I fight like a girl so the leader of the Women’s Evolution could call herself The Man.” – Ronda Rousey to Becky Lynch during an interview with Charly Caruso

“Hey Corbin, enjoy your time being Stephanie’s lap dog because after Survivor Series I’m going to neuter you.” – Braun Strowman to Baron Corbin.

Jennifer: I wanna talk about NXT first because there were a pair of women’s matches that I really enjoyed. Bianca Belair remains un-de-fea-ted after a great brawl with newcomer Mia Yim and Lacey Evans is undeniably the Lady of NXT after a short but spicy fight with Karissa Rivera. I must have a thing for women heels, probably because they are awesome. On SmackDown, The Miz tried to boot Rey Mysterio from the Survivor Series team which led to a fun match between them and Rey secured his spot with a win. Randy Orton magically appeared but Rey managed to escape him so Miz got RKO’d.

Brian: Stephanie McMahon getting confronted by both Braun Strowman and Ronda Rousey in the opening segment was a lot more effective than your typical Stephanie segment as Stephanie was not belittling and talking down to the talent. Both Braun & Ronda came off strong as they were not believing any of Stephanie’s promises. I also liked Dean Ambrose’s promo that took place outside of the arena. His delivery and mannerisms as a heel are strong and telling Seth Rollins that the burden of having to watch over and team with Rollins made him weak while ending by dumping gasoline on his Shield vest before tossing it into a burning trash can was a great way to end the interview.

On 205 Live the build for the Mustafa Ali vs. Buddy Murphy title match at the Survivor Series worked quite well, especially the confrontation after the weigh-ins. Ali is fast becoming one of the best babyfaces on the roster. 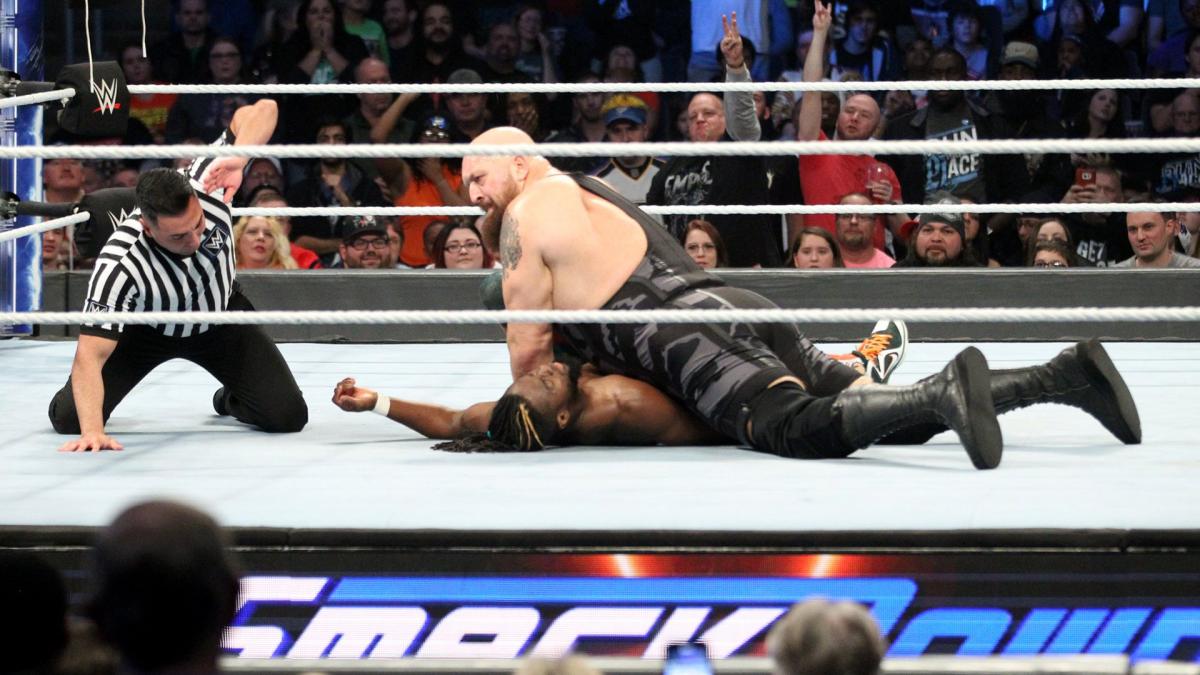 Jennifer: The New Day faced off against Tag Team Champs The Bar with special bullshit guest Big Show. The New Day was great as usual but somehow Big Show got the pin on Kofi and I hated it and it was stupid.

Brian: Tamina has been on the roster for over several years and has yet to show any improvement as a performer. Ember Moon tried but their match was bad. And Tamina’s partner Nia Jax legitimately injured Becky Lynch to take her out of the Survivor Series PPV. Lio Rush has done some solid work on 205 Live but being Lashley’s hype man is not working as Lashley has been a major disappointment since his return to WWE. Lashley’s match against Elias did not exactly set the world on fire, either. And the overall “brand supremacy” theme of the Survivor Series gets tiresome especially how the stakes have played out in the past.