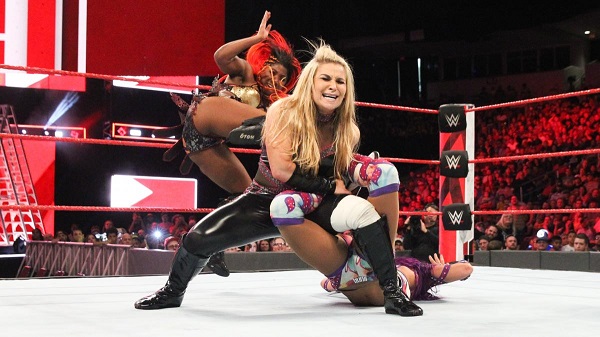 Welcome to the 1st edition of my weekly review of WWE television. This week had the go-home editions for Raw, Smackdown Live and NXT as we prepare for the Money in the Bank weekend. Rather than give you a show-by-show breakdown, I thought we’d do something a little different. In case you’re in the waiting room of your doctor’s office or in line at the DMV, allow me to offer you a quicker recap of the week. I’ll be highlighting the successes and failures of the past week and award several different categories. Think of this as the Slammy Awards, without Owen Hart. In fact, feel free to call these the “Scotty” awards. So here we go:

Match of the Week

Alexa Bliss vs. Ember Moon vs. Natalya vs. Sasha Banks

The opener from Raw pitted the four Raw representatives in the Women’s MITB match in a hard fought Fatal 4 Way. All of the women looked strong in this match, and the back and forth action paired with several near falls provided the type of excitement we’re all looking for going into Sunday. In the end, the Queen of Hearts was able to apply the sharpshooter on Alexa for the submission victory. If these four women plus Smackdown Live’s women can maintain this level of excitement, the ladder match on Sunday should be nothing less than thrilling.

The Bruiserweight defended his UK Championship in this hard hitting bout Wednesday night. After an impressive showing by O’Reilly, Dunne hit the Bitter End to retain the title. This was no 5-star match, but these two rarely disappoint and were the bright spot on a pretty dull episode of NXT. 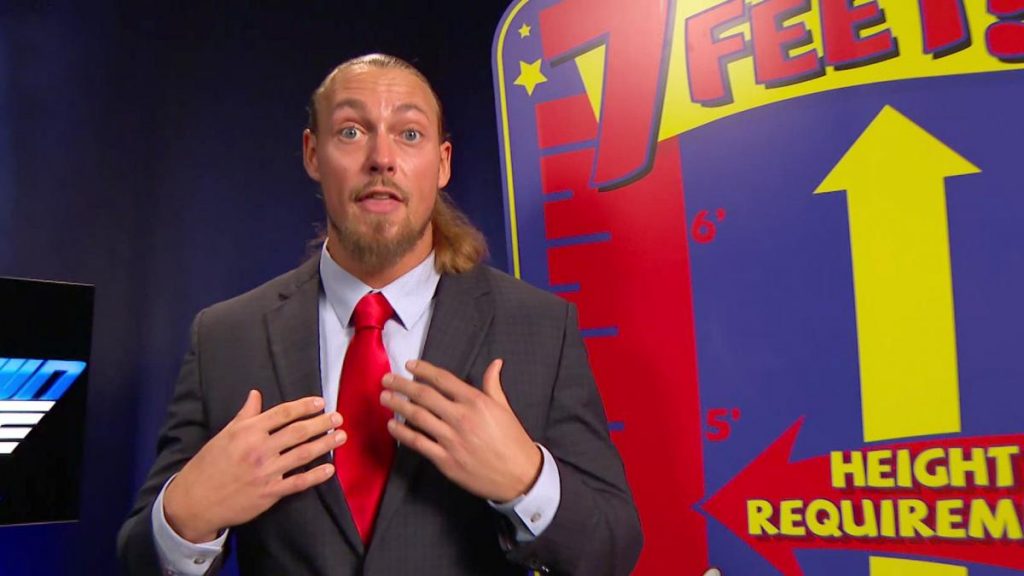 Segment of the Week

Hate on me all you want, but I thoroughly enjoyed Big Cass this week. He cut a short, yet effective promo on Daniel Bryan. Once again, he emphasized the size difference between the two. This week however, he added some relevance by using a carnival metaphor to display the lack of height for Daniel. I thought Cass was very articulate and delivered his content very well. By no means am I looking forward to this match, but I do hope Cass wins so that he can use that momentum to further develop his character.

I am literally praying that this Sunday marks the end of this atrocious feud. Sami Zayn’s personality has become intolerable, and I find myself either changing the channel or fast forwarding through his appearances. This week, after accusing Bobby Lashley of lying about his military background, he insisted on setting up an army style obstacle course for Lashley. Bobby was actually very impressive on the course, running through it like an American Ninja Warrior. Upon finishing, Sami very predictably attacked Lashley, inevitably setting up Bobby to get the win on Sunday. This entire feud has been bush league, and I’m ready for it to end.

Moment of the Week

Raw’s main event saw the four male MITB competitors battle in a Fatal 4 Way. Unlike the women’s match, this match had a few dull moments and was a little more slowly paced. The climax however saw KO dive off of a ladder and frog splash Braun Strowman through the Raw announce table. Although Braun ended up recovering and winning the match, this particular move definitely stood out.

As mentioned above, the women’s Fatal 4 Way on Raw served its purpose to further excite me about Sunday. The Seth Rollins/Elias program was also decent enough to peak my interest. The men’s Fatal 4 Way did nothing to hurt the upcoming ladder match.

NXT aired a video package for the Gargano/Ciampa match that definitely has me highly anticipating their rematch on Saturday at Takeover: Chicago

Smackdown Live did nothing for me in terms of making me want to watch the Money in the Bank PPV. The women’s segment was hard to stomach because the delivery on the promos is borderline unwatchable. Asuka tapping out Carmella in the main event leads me to believe that Mella is retaining on Sunday. AJ Styles, Shinsuke, Daniel Bryan, Rusev and company were lackluster at building up their matches on Sunday. Isn’t that the purpose of a “Go Home” show? To build excitement? That certainly wasn’t the case for me.

On Raw, aside from the Sami Zayn debacle, Roman Reigns was boring, the tag team division is lame, and Ronda Rousey applied the armbar on Nia Jax! Wasn’t that the intrigue of their match? Whether or not Ronda could slap on the submission? So much for leaving us wanting more…

As far as NXT is concerned, the Takeover shows always deliver, and this Saturday will be no different. I will say however, that you can clearly see a dearth of Top Tier talent after the promotions of Drew McIntyre, Andrade Cien Almas and Ember Moon.

Show of the Week

Well, that wraps up the first edition of my Weekly Recap. I hope you enjoyed!