It’s time for the Place to Be Nation Survivor Series 2016 official preview. Here we go! 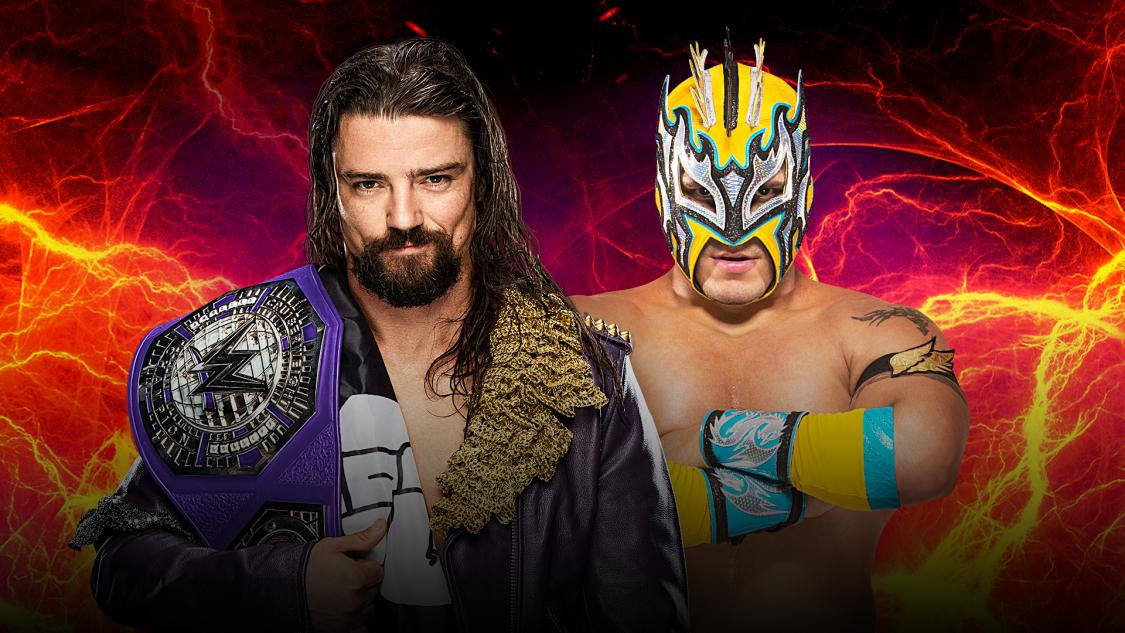 If Kalisto wins the belt, the entire Cruiserweight Division will move over to SmackDown. At the moment, the Cruiserweight Division is just floundering on RAW. Brian Kendrick is not someone the Cruiserweight Division should be centered around. Kalisto was given a run with the United States Championship at the beginning of the year but it never really amounted to anything significant then he got hurt so I do not know if he is the guy to jumpstart the division either. With the “205 Live” show making its debut in less than two weeks on Tuesday Nights, I suspect that most of the cruiserweight matches will be on there and they can hype them up on SmackDown, who could use the division to help out with the brand’s depth issues but I would not be surprised to see Kendrick win this either. When push comes to shove, I’ll pick Kalisto. BAYLESS’ PICK: KALISTO 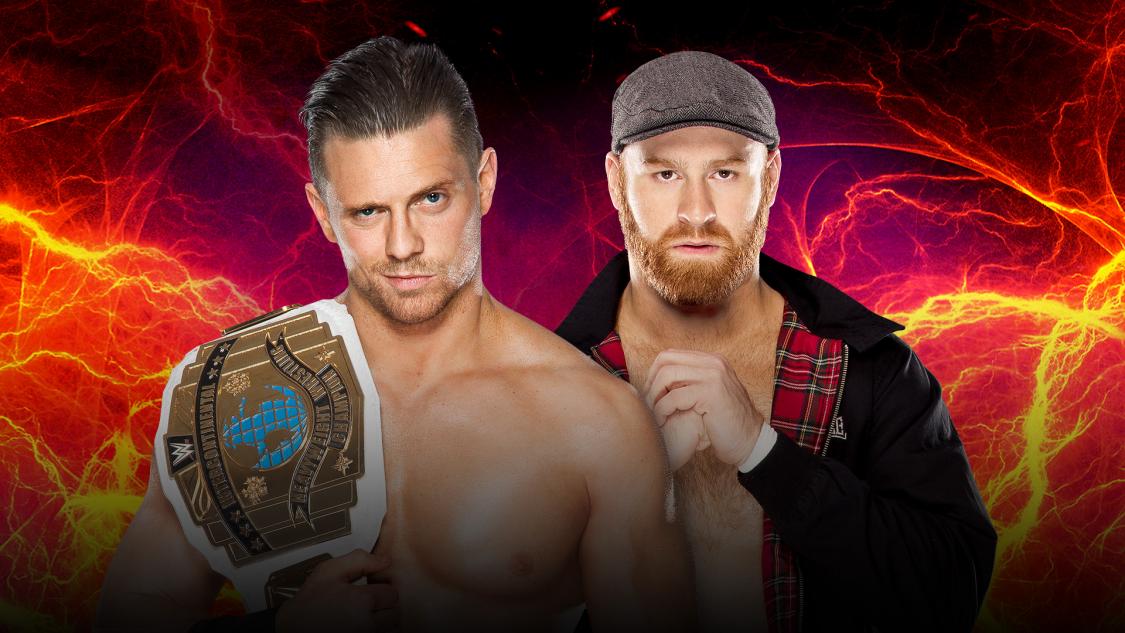 The Miz regained the Intercontinental Title this past Tuesday on SmackDown when he defeated Dolph Ziggler while Sami Zayn pinned Rusev on RAW last week to become the #1 contender. Zayn’s character is the underdog and having him win a title without any sort of build or chase seems like a bad idea to me. With Stephanie talking him down on RAW recently I bet she will punish him for losing, which I think will be due to outside interference, and he’ll resume his feud against Braun Strowman. Stephanie can even take her anger out on him if he loses as Or if not that, Stephanie will “fire” him and he’ll will actually have a program with Miz on SmackDown. If Miz retains and Zayn does not go over to SmackDown, then I have no idea what happens with the IC Title picture. BAYLESS’ PICK: THE MIZ

Team RAW has the New Day, Luke Gallows & Karl Anderson, Enzo & Big Cass, Cesaro & Sheamus, and The Shining Stars. Team SmackDown Live counters with Heath Slater & Rhyno, Breezango, American Alpha, Hype Bros, and The Usos. There really is not a whole lot to talk about heading into this match but it should be decent. At the end, I’m thinking that Team RAW wins and will go with a bold prediction that Cesaro & Sheamus actually function as a cohesive unit and end up the sole survivors in an attempt to build the duo up as a formidable team instead of two guys who dislike each other forced into their role.I can also see them giving American Alpha the win as they could use some help but BAYLESS’ PICK: TEAM RAW 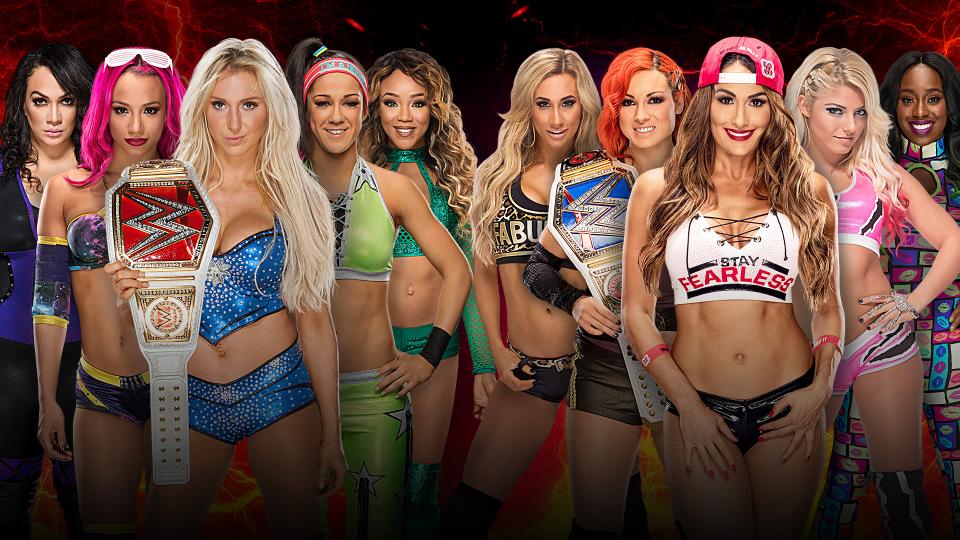 Team RAW consists of Charlotte, Bayley, Nia Jax, Alicia Fox, and Sasha Banks while Team SmackDown Live has Nikki Bella, Becky Lynch, Naomi, Alexa Bliss, and Carmella. I suspect Nia Jax will be protected well (not pinned) and that Bayley ends up being the final elimination as Charlotte can blame her for that going forward on RAW so I think Team SmackDown Live takes this match as I can imagine it will be tied 1-1 heading into the men’s 5 vs. 5 elimination match. I think that Becky & Nikki survive and will eventually end up feuding. BAYLESS’ PICK: TEAM SMACKDOWN 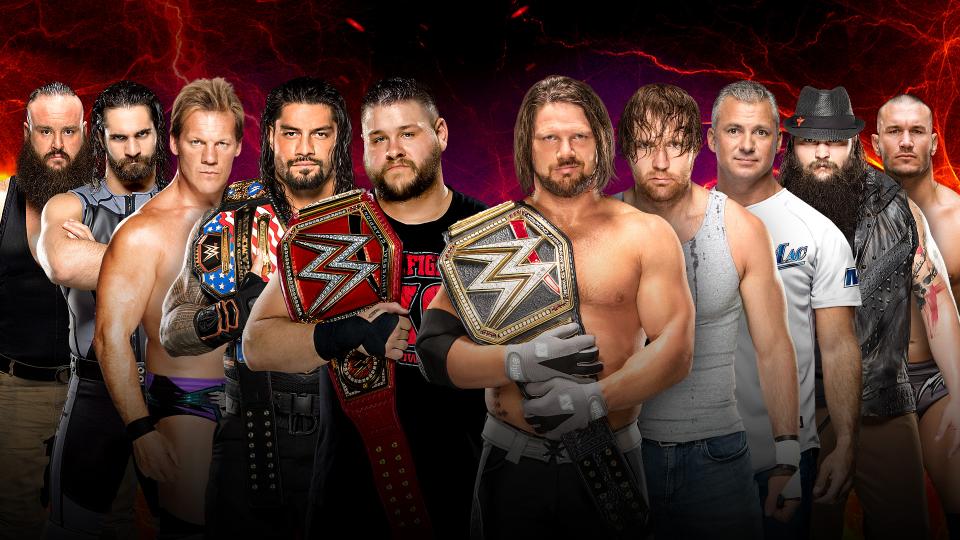 Team RAW has Kevin Owens, Chris Jericho, Roman Reigns, Braun Strowman, and Seth Rollins. Team SmackDown has AJ Styles, Dean Ambrose, Randy Orton, Bray Wyatt, and Shane McMahon. With the Undertaker telling Team SmackDown there will be hell to pay if they lose and the news that Undertaker will be on TV more going forward, a SmackDown loss will make things easier. I also suspect that we will see some conflict between Owens & Jericho, Bray & Orton, and teases of Reigns & Rollins becoming more trustworthy of each other. I think Reigns survives as he is already scheduled to face Owens at the next PPV. BAYLESS’ PICK: TEAM RAW 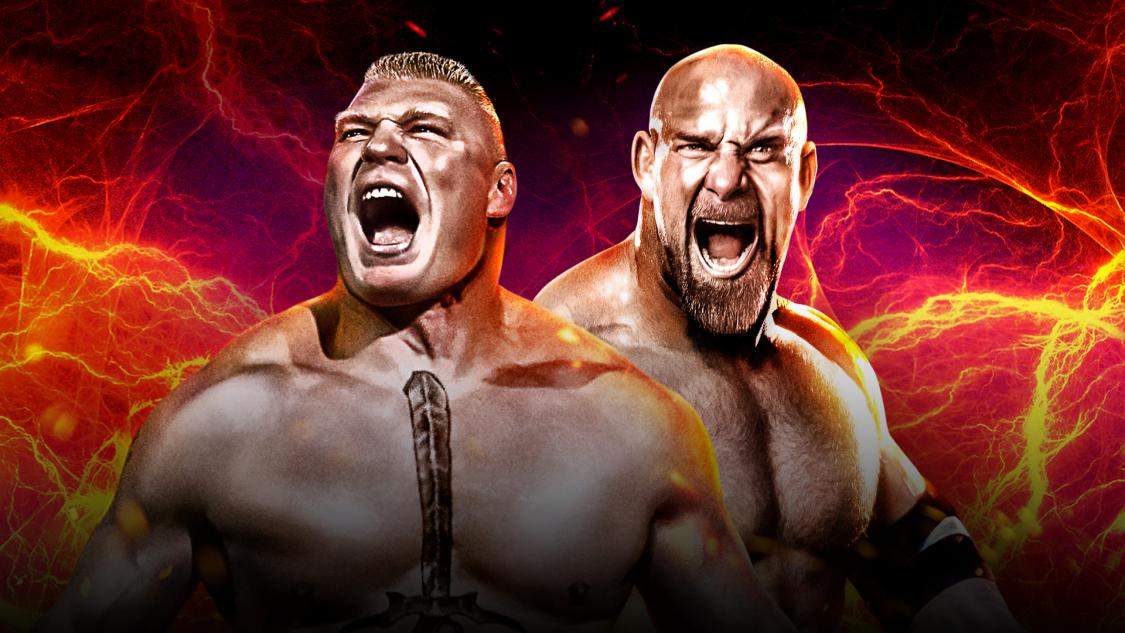 They’ve done a pretty good job at building up this match, capped off by a really good segment this past Monday on RAW. This match has been also given the “Fantasy Warfare Come To Live” tagline due to Goldberg’s involvement in the WWE 2K17 video game. This match will certainly be a spectacle and hopefully better than their WrestleMania XX match. I see Lesnar winning here as he gears up for WrestleMania in what is the most anticipated match on the card. BAYLESS’ PICK: BROCK LESNAR