We are just a scant three weeks removed from WWE’s Night of Champions offering and we are back at it this Sunday with a brand new PPV title, Battleground. This is an interesting show that features a mix of rematches and fresh feuds that should lead to a quality outing. Coming off of Summerslam, it was clear that NoC would be a let down, but now that we are further removed, this is a golden opportunity for WWE to deliver a high quality outing. The biggest key will be whether or not the two rematches on top of the card can best their outings from NoC. Let’s run through the card and predict some winners along the way! 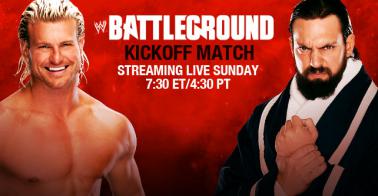 I am not sure if there is any way to look at this as something other than a disappointment. Dolph Ziggler was one of the hottest stars on the roster coming out of Wrestlemania, but things have snowballed as injuries and a tendency to be outspoken in interviews have stunted his push and development and consigned him to life in the midcard and YouTube pre-shows. Even more confounding is the treatment of the Money in the Bank winner, Damien Sandow. The way Sandow has been (mis)treated since his win lends credence to those who believed he was given the win just for the sake of misdirection. Sandow is great on the mic and solid in the ring. He is homegrown and has the size that WWE covets. It makes no sense why they won’t get behind him with any sort of serious push. Sandow has been the victim of the “one win, six loss” syndrome that plagues so many guys on this roster. Regardless of who wins here, these are two talents WWE can’t afford to continuously ignore and bury in mediocrity. Since they don’t seem to care about either competitor, they will roll with Ziggler to keep the crowd hot heading into the show. JR Prediction: Dolph Ziggler 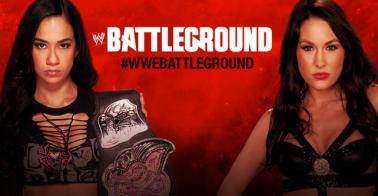 The trash talking in the Diva division has rolled along since Night of Champions, with stalwart titleholder AJ still standing tall against the newly minted reality show stars that have began to populate the company. With Total Divas ramping back up in November, there is a case to be made that Brie could take the gold to help provide a nice story hook for E! However, this may prove to be a tough task as she currently has her attention divided in a few different directions. Besides chasing the gold, Brie recently became engaged to the lovable Daniel Bryan. Hello, new Total Divas storyline. However, since she is now betrothed to D-Bry, she has become enemy #2 on the Randy Orton hit-list. With all of these distractions in the way and the potential of some Orton interference to further torture his main advesary, I expect AJ to retain her strap and live to fight another day while Brie focuses her involvement elsehwere. JR Prediction: AJ Lee 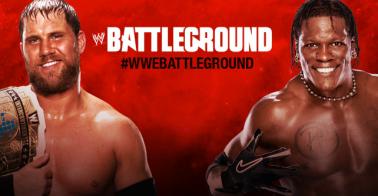 This is a rematch from last Monday’s Raw when R-Truth picked up a non-title victory thanks to a little assist from CM Punk. Or rather, CM Punk’s theme music. Axel has been a bit rudderless and nothing more than a pawn in the Heyman chess game, but he is still in a far better position than he was this time last year. I expect him to retain here, pick his win back up and quickly move along in helping Heyman in his quest to eliminate Punk. JR Prediction: Curtis Axel 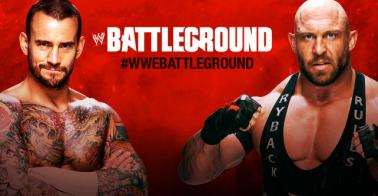 This Punk/Heyman feud has been as old school as it gets and it just continues to wind and wind, speeding towards its eventual end game, but taking us for a bumpy ride along the way. Back at Night of Champions, Punk finally had his hands on a handcuffed Heyman, but Ryback made a surprise appearance and smashed Punk, allowing Heyman to escape and even pick up the win. The two have brawled since, with Punk gaining momentum the most recently when he cracked Ryback, Axel and Heyman with a kendo stick on last week’s Raw. I can’t imagine Punk would lose again here, but I also don’t think Ryback can afford a clean loss just yet either. I would expect a schmozz finish leading to a match inside Hell in a Cell in three weeks time. Punk wins, but it won’t be clean. JR Prediction: CM Punk 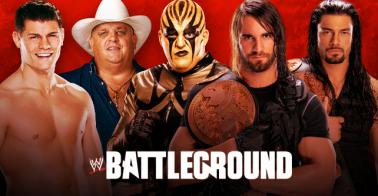 Cody Rhodes & Goldust vs. The Shield – Rhodes Family Jobs on the Line

Of all the storylines in place heading into this show, this one has me the most intrigued. It has been great seeing Goldust back in action as he is in tremendous shape and the last time he was plying his trade on WWE TV, he was one of the best TV hands they had. Dusty has also brought the goods on the stick, as expected, so the heat and build are there. The question remains: is this the beginning or end of the story? On this week’s Place to Be Podcast, Scott and I broke down a few scenarios, but the one that excited me the most involves the Rhodes Clan taking the fall. And then, we relive the Midnight Rider era. Triple H is a big NWA mark and this storyline lends itself perfectly to have the Rhodes boys lose and then start tormenting the Helmsleys week after week while donning masks. I mean, why else do this storyline with the Rhodes Family? They could have chosen anybody in the role. This should be good in the ring and also be a compelling story and is one of the marquee matches on the night. JR Prediction: The Shield 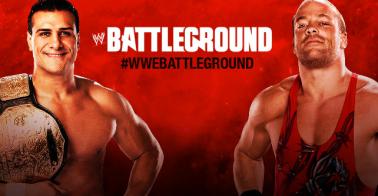 In this Night of Champions rematch, Rob Van Dam gets another crack at Alberto Del Rio’s gold after RVD got the DQ win in September. The feud has escalated since then and with the inclusion of some hardware and a focus on RVD’s extreme background, we have a stipulation this time around as these two square off under hardcore rules. Rumor on the street is that RVD’s short term contract is just about up and that he is undecided if he is going to sign a new contract or take some time off. There are also rumors that Rey Mysterio’s return is imminent and that he will be aligned with Ricardo Rodriguez and inserted into a title feud with Del Rio. With those whispers gaining steam, I would expect Del Rio to win here and injure RVD in the process to set up Van Dam’s absence and give Del Rio the decisive win to end the feud. JR Prediction: Alberto Del Rio 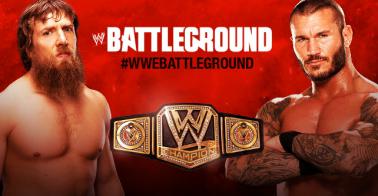 In our second Night of Champions title rematch, Daniel Bryan again tries to wrest control the WWE Heavyweight gold. However, this time Randy Orton is not the reigning titleholder, because the gold was vacated after some Triple H shenanigans in September. In the weeks since, Bryan has gotten his share of licks in, but this past week on Raw, Orton demolished D-Bry while his fiancee watched in horror. With Bella in the mix now, it gives the creative team another way to screw with Bryan. There are rumblings that Bryan is set to win the Royal Rumble, meaning his big, clean title win would now come at WrestleMania. So, I expect him to lose here, but in a sleazy way. Then, Triple H refuses him any further title shots and that leads to the Rumble campaign. I can definitely see Brie in the mix at the finish, maybe Bryan has Orton in the No Lock, but Triple H grabs hold of Brie and threatens to take her out unless Bryan submits. I doubt we will see much man-on-woman violence, so maybe Stephanie does the teasing? Either way, Brie will be involved and Bryan will come up short, yet again. However, the parts of this match that are not storyline driven should feature some of the best wrestling of the night. JR Prediction: Randy Orton

JR’s Sleeper of the Night: Rhodes Family vs. The Shield

There is your full PPV rundown. Remember to join us right here Sunday night as myself, Scott Criscuolo & Brad Woodling live blog the show for you! Enjoy the bouts!