This coming Sunday is our first PPV since WrestleMania 33. Including the Kickoff show, we have a total of right matches and Finn Balor as a guest on “Miz TV.” So, let’s see what we have in store and what to expect at Payback. 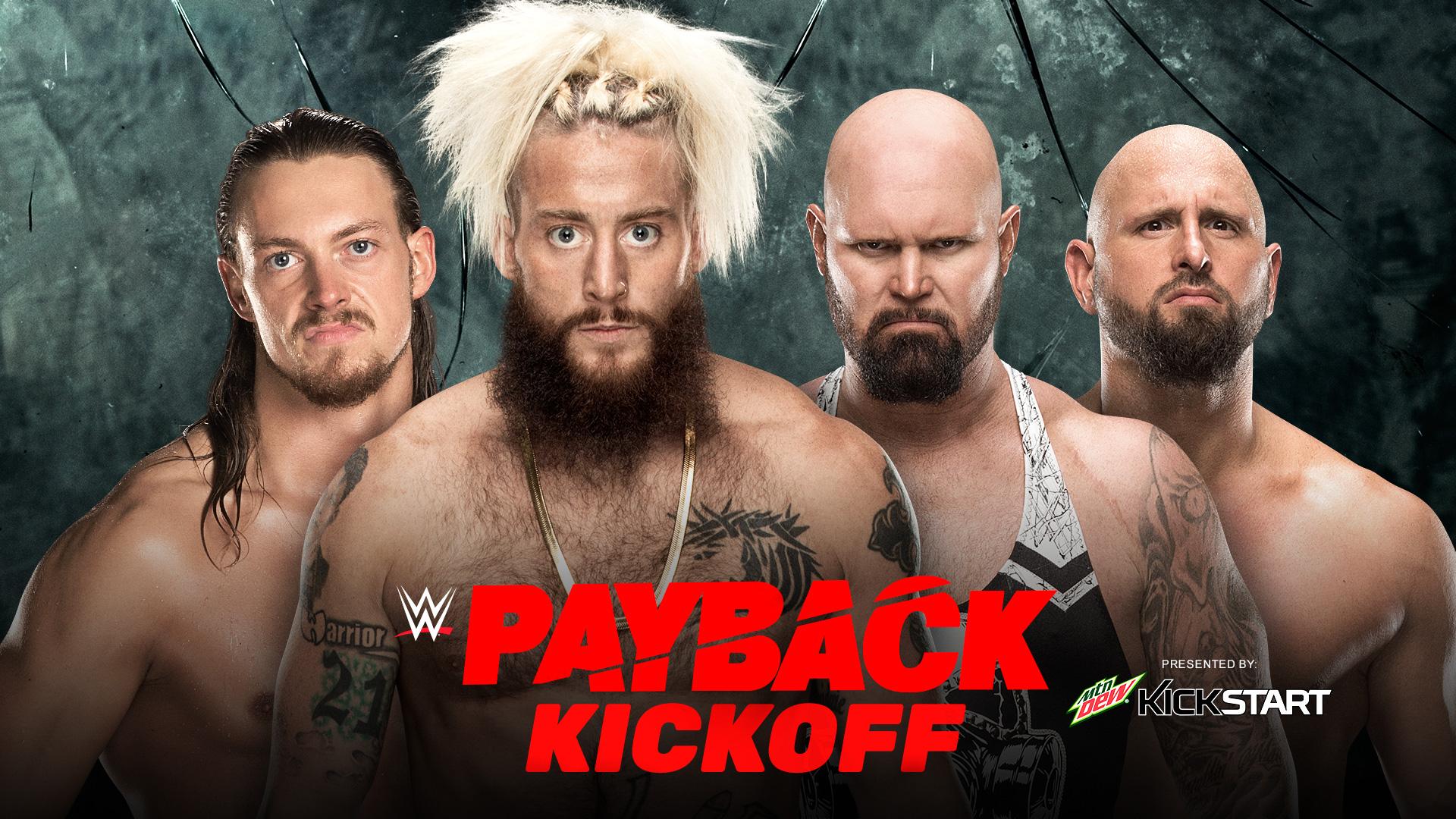 These two teams have been feuding for a while now. This past Monday night on RAW, Gallows & Anderson ambushed Enzo & Cass before their six-man tag match which caused Enzo to be replaced by Finn Balor. Enzo & Cass have been on a bit of a losing streak recently and are in need of a win sometime soon. Since Balor is also on the Kickoff Show, maybe he is involved with this match in some way but at the end, I expect Enzo & Cass to get the win as they really need some momentum. BAYLESS’ PICK: ENZO AMORE & BIG CASS 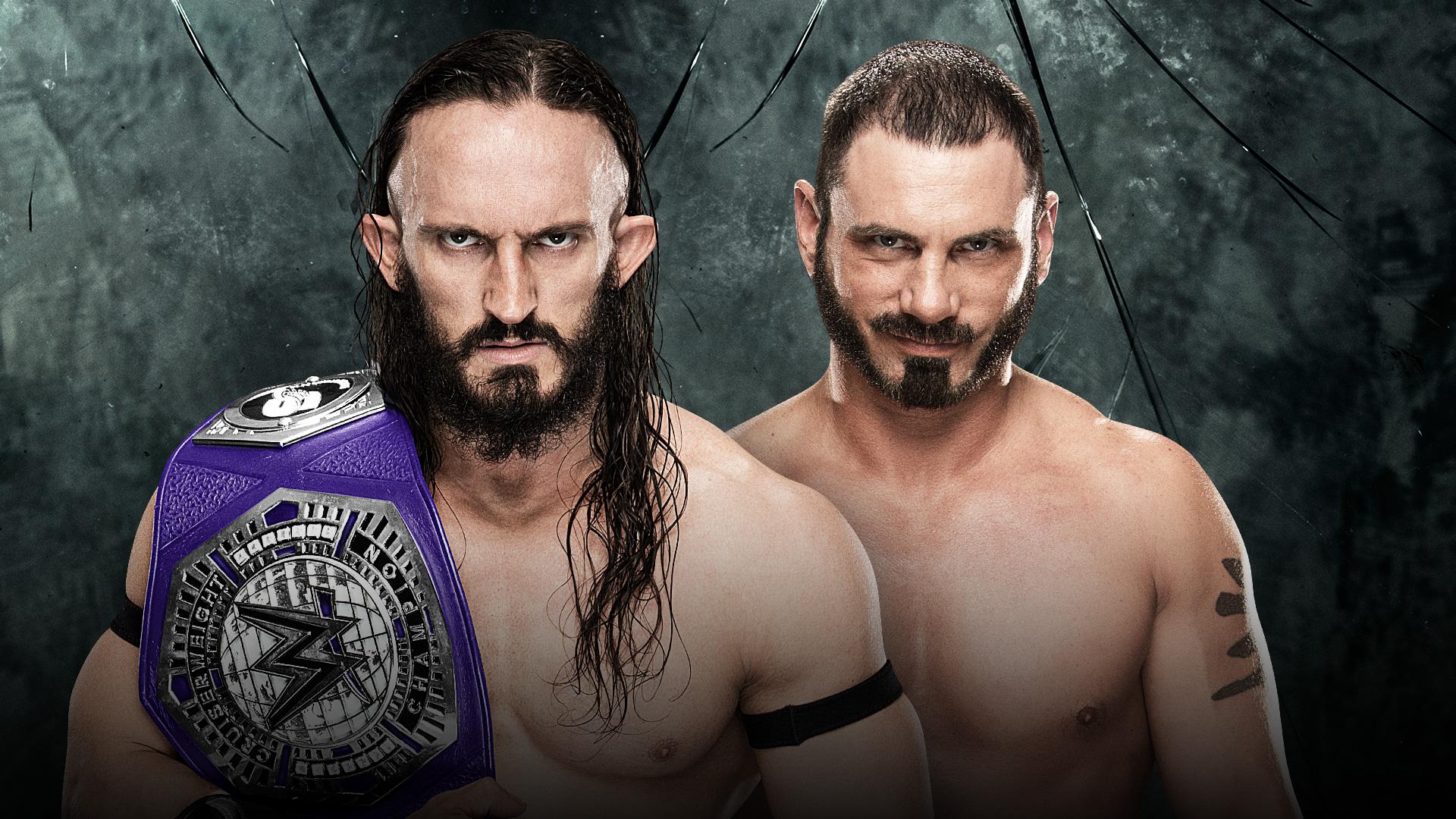 This has been a really good feud. I also suspect that this will be the blowoff match too. Neville’s work has been awesome during this title reign, which I think still has enough momentum going to continue. However, Aries has been the most over challenger to date and if he loses, I do not know where Neville goes from here. Maybe a feud with Cedric Alexander when he returns? The match these two had a WrestleMania was excellent and I expect the same quality on this show. I’ll go with Aries winning here but not getting the title as TJ Perkins interferes and Neville retains. BAYLESS’ PICK: AUSTIN ARIES 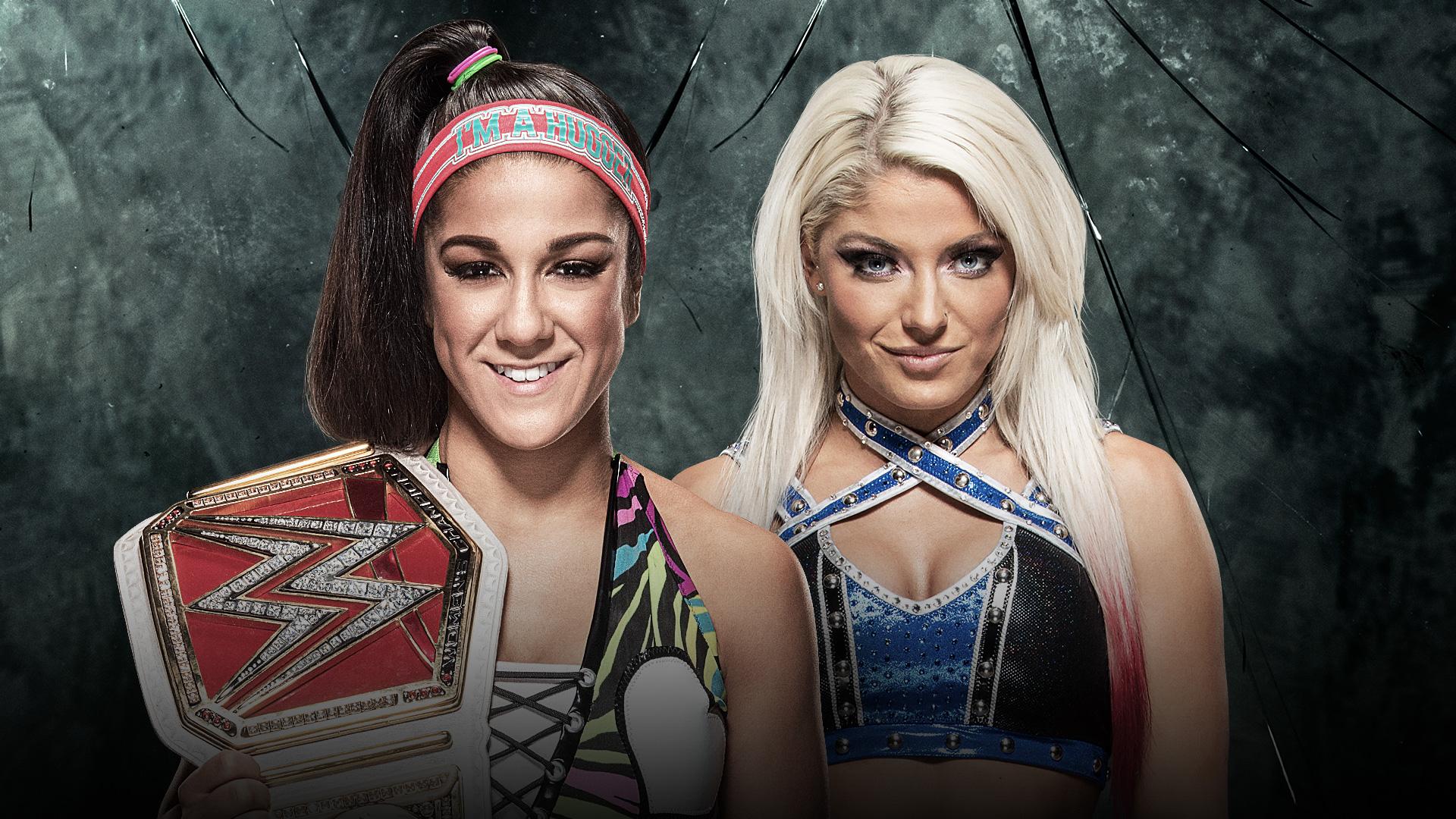 Another match in which I could see either person winning. Bayley’s title reign has been handled poorly and if this was not held in her hometown of San Jose, CA then I could easily see her getting booed during this match. The booking of Bayley has been a lowlight of 2017 to say the least. If they want to speed up a heel turn with Sasha Banks then I think its going to be a title feud as Sasha still has her eye on the prize. I can see a situation where Sasha helps Bayley retain then Bayley gets upset and they feud after that. Or even Sasha “accidentally” costing Bayley the title then beating Alexa down the line to start a feud. I see Bayley retaining here though as it doesn’t make sense to end her reign so soon, even if it has been disappointing. BAYLESS’ PICK: BAYLEY 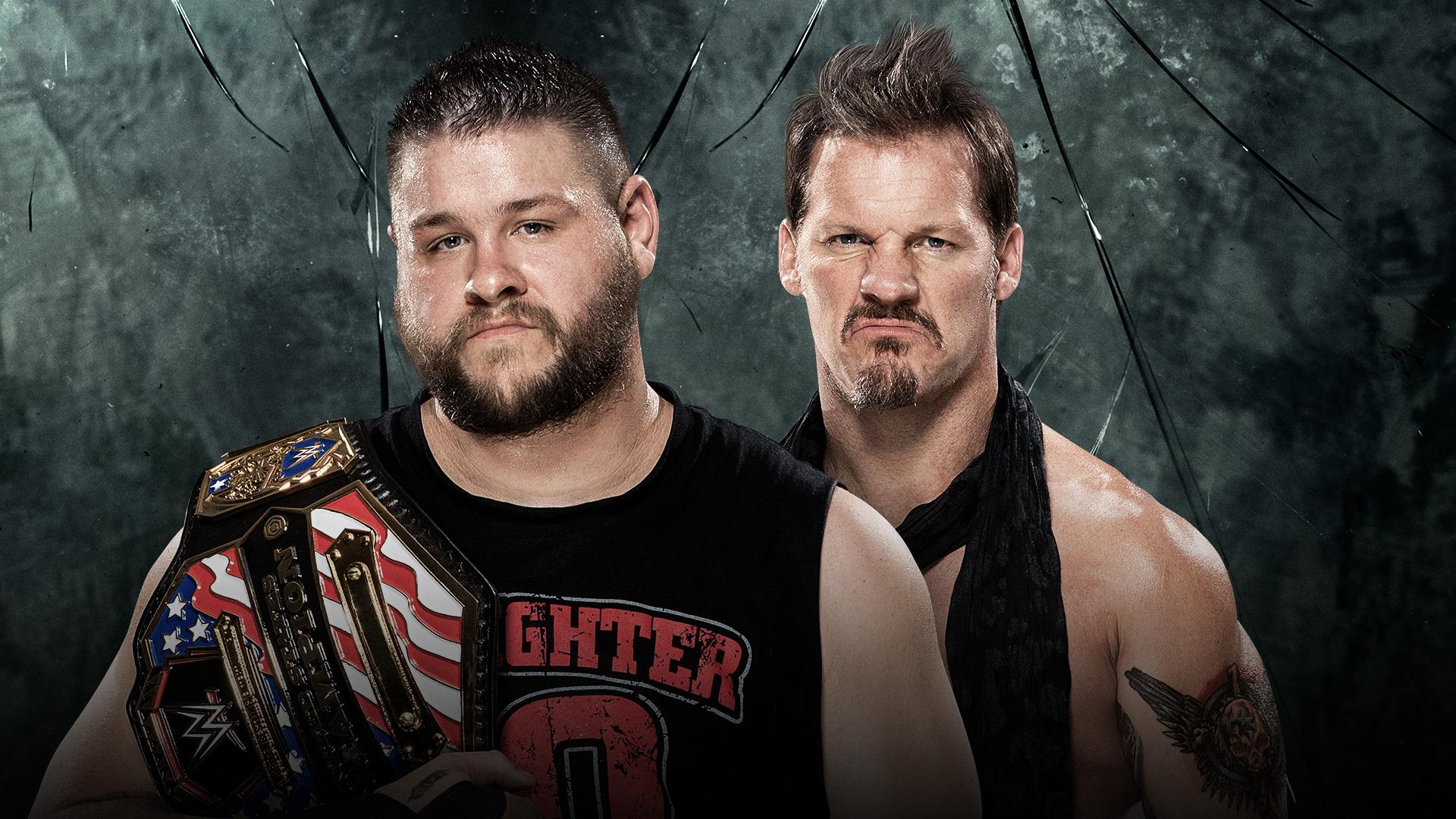 Another match between these two seems like overkill at this point. Their feud was good and could have ended at WrestleMania. With Jericho rumored to be leaving the WWE on the episode of RAW following this show to tour with his band Fozzy while Owens is pushed on SmackDown, it seems that Owens will retain here and continue with his “Face of America” gimmick. BAYLESS’ PICK: KEVIN OWENS 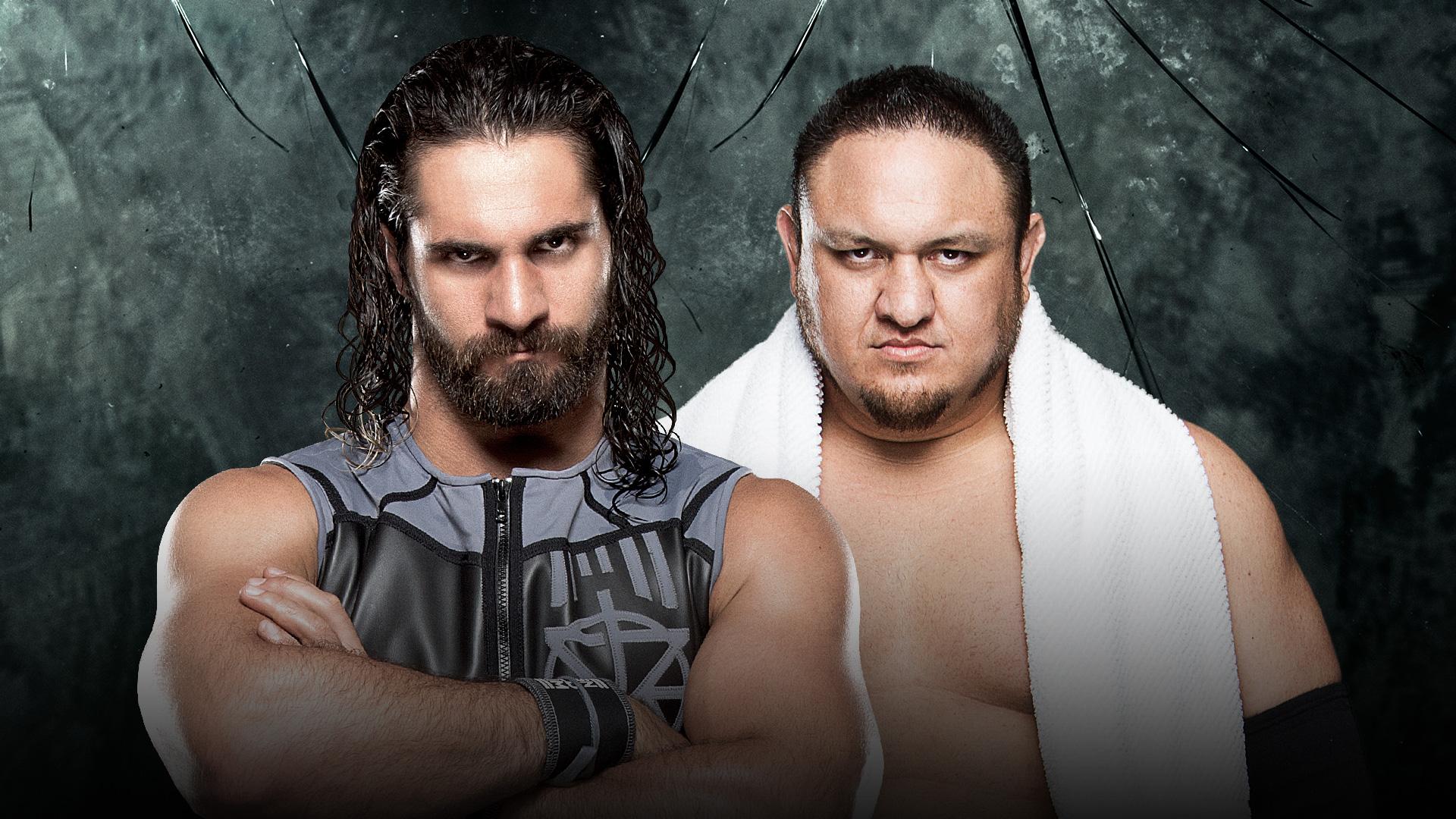 Rollins has the momentum with a win against Triple H at WrestleMania while Joe remains undefeated. Rollins is also out for revenge after Joe put him out of action. This feud still has legs and I think both guys should be kept strong. In a regular match like this, I see a double countout or no contest finish as these two build up to an eventual stipulation match, like Cage or Falls Count Anywhere. Both guys should come out of this show looking strong and neither can afford a loss right now. BAYLESS’ PICK: NO CONTEST 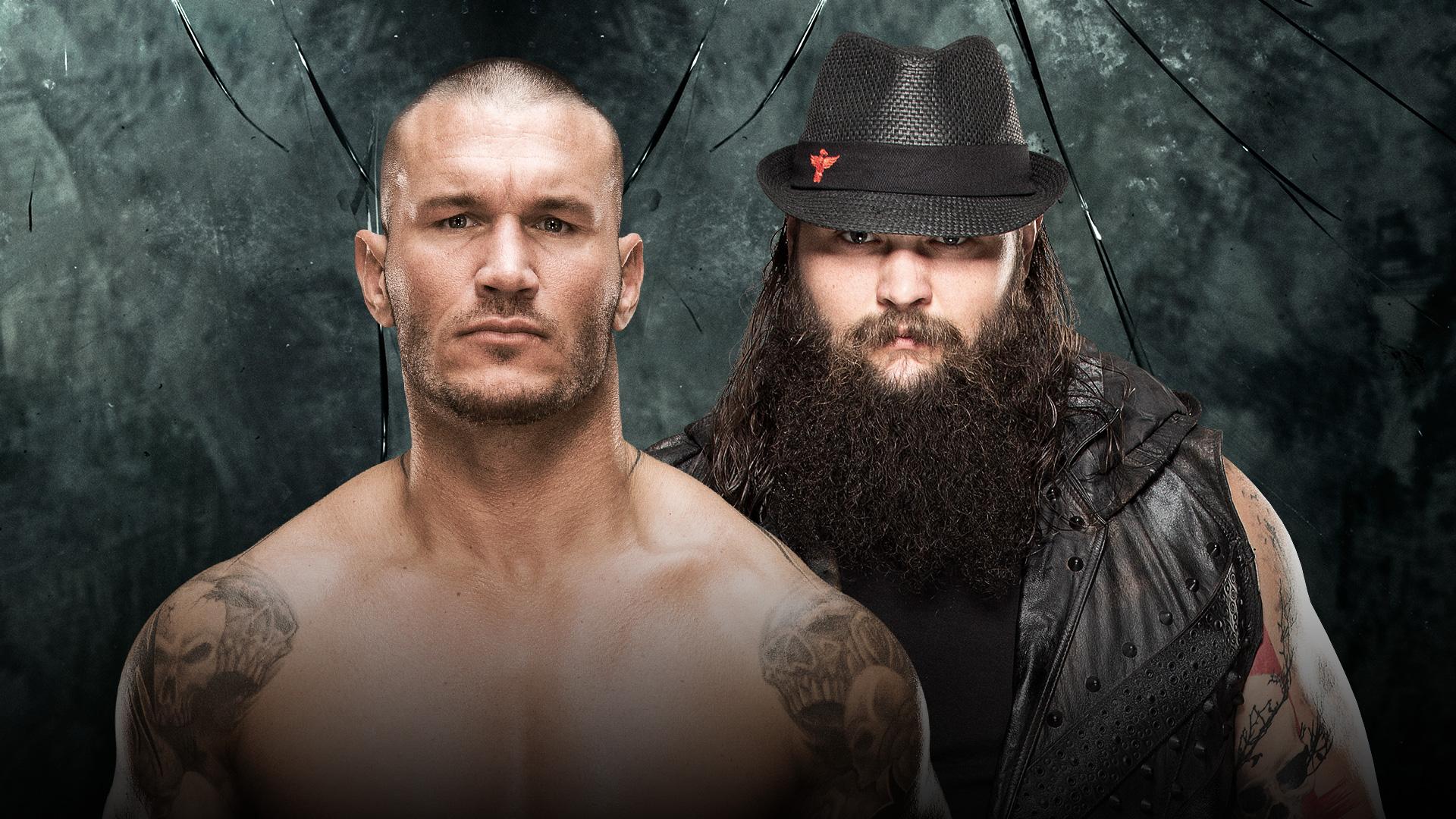 With the details of this match still unknown, it will be the blowoff of this feud. The title is not on the line here as Orton will defend against Jinder Mahal at some point while Wyatt was left standing tall at the end of RAW after taking out Miz, Jericho, and Dean Ambrose. Given that its a non-title match, I see Wyatt winning here as he appears to be in line for a push on RAW while Orton will remain champion no matter what. BAYLESS’ PICK: BRAY WYATT 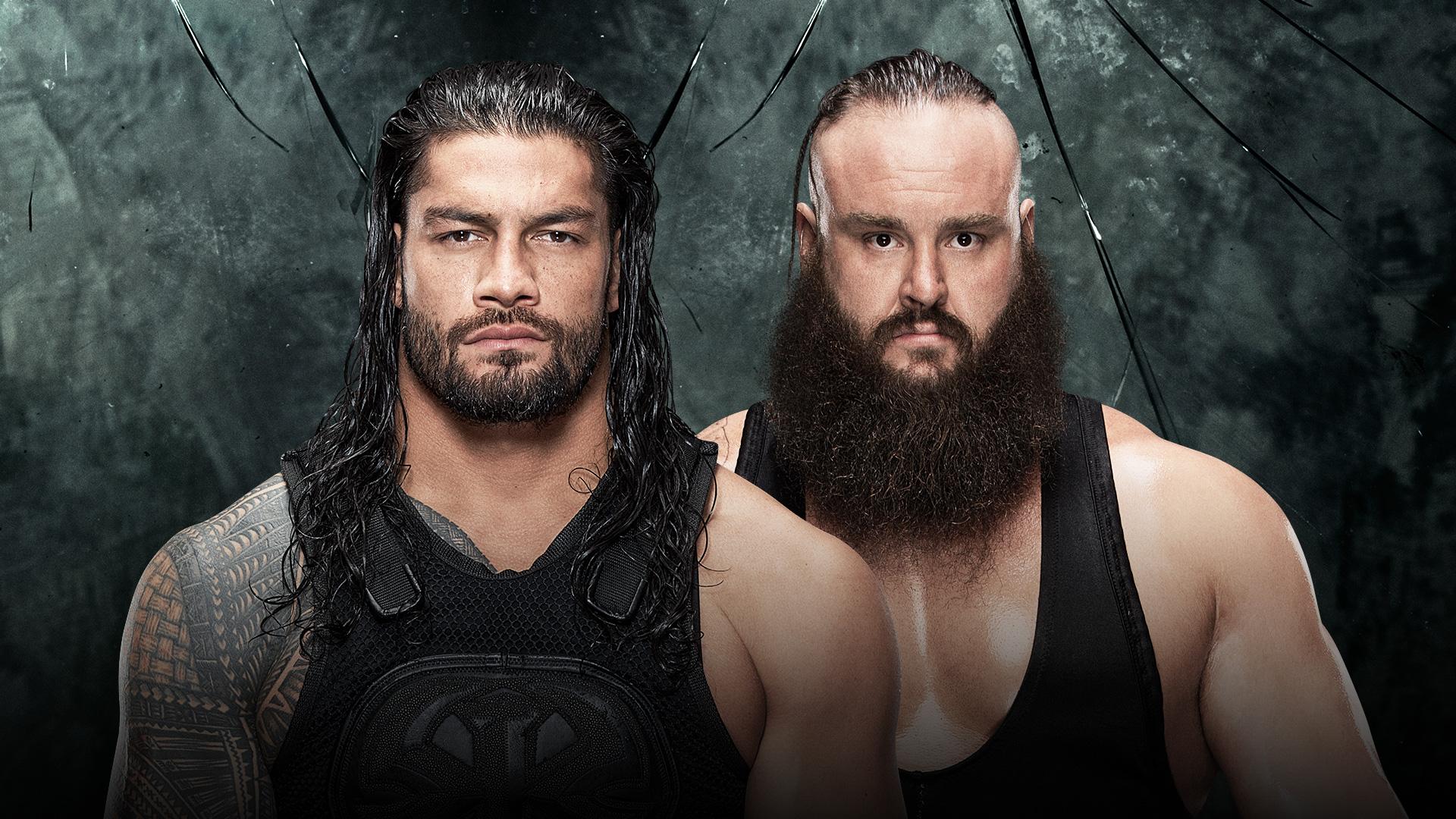 This is the main event of the show. With Strowman injuring Reigns and flipping over the ambulance less than three weeks ago, you’d think it would set up for Reigns to be victorious in his return. However, Strowman has been getting over strong and reportedly being groomed to face Brock Lesnar so another loss to Reigns does not make much sense. I’ll go with Strowman winning this as he should be kept stronger than Reigns right now. He is someone who can be a moneymaker for this company. Reigns has been firmly established as a top guy now and can afford a loss. BAYLESS’ PICK: BRAUN STROWMAN