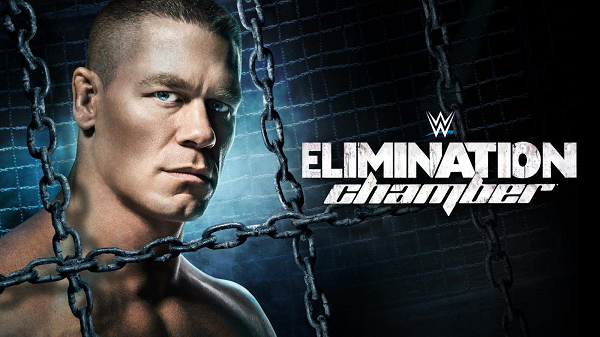 The way this match was designed, which was really out of left field, makes me think someone is turning heel and its probably Crews. Since moving over to Smackdown, Crews has been lost in the shuffle with zero character direction. A heel turn is probably desperately needed at this point because his potential is wasting away in this dopey babyface role. Crews turning and aligning with Ziggler to possibly form a tag team would be the best use of those guys, IMO. I’ll give Ziggler the win here either by accident or when Crews actually turns on Kalisto. Even if it doesnt happen on this show, I think Crews will turn heel or at least hope he does ASAP. BAYLESS’ PICK: DOLPH ZIGGLER

This is Mickie’s first PPV singles match in seven years (2010 Royal Rumble). I like Mickie as a heel and this match has the potential to be very good. Becky has been in a bit of a rut since losing the Women’s Title to Alexa and I feel that will continue here as Mickie should not lose her first important singles match since her return. BAYLESS’ PICK: MICKIE JAMES

TAG TEAM TURMOIL MATCH FOR THE WWE SMACKDOWN TAG TEAM CHAMPIONSHIP: ASCENSION VS. HEATH SLATER & RHYNO VS. THE VAUDEVILLIANS VS. THE USOS VS. BREEZANGO VS. AMERICAN ALPHA (C)

To put it brief, American Alpha are really the only team even worthy of holding the titles right now. The Smackdown Tag Team Division is really struggling as a whole. I really cannot envision another scenario in which they lose to one of the other teams involved in this match. BAYLESS’ PICK: AMERICAN ALPHA

I’ve been a fan of this storyline. Both women, particularly Natalya, have done well in their roles as this dated back to the Survivor Series when Natalya attacked Nikki and took her spot on the Smackdown women’s team. The match itself should be fine but with Nikki rumored to have a big match at WrestleMania with her husband, I figure she will get the win here. BAYLESS’ PICK: NIKKI BELLA

This is another match that has the potential to be quite good. Orton will be wrestling for a title at WrestleMania after winning the Royal Rumble match. I cannot see Orton losing this match and I do not think the company views Harper as a main player so I doubt he wins and they do something like add him to the rumored WWE Championship match at Mania between Orton and Wyatt. That would be a cool way to split up the Wyatt Family for good but I see Orton winning cleanly here en route to WrestleMania. BAYLESS’ PICK: RANDY ORTON

As a heel, Alexa has just been fantastic. Her character and skills on the mic are the tops among the Smackdown women. Her weakness is in the ring though and her opponent, Naomi, his quite athletic but does not have much support from the crowd. There is a chance the crowd could be really quiet and these two women fall flat but they might keep it entertaining with theatrics. I do not see Alexa dropping the title here though and expect her to into WrestleMania with the title. BAYLESS’ PICK: ALEXA BLISS

ELIMINATION CHAMBER MATCH FOR THE WWE CHAMPIONSHIP: BARON CORBIN VS. DEAN AMBROSE VS. THE MIZ VS. AJ STYLES VS. BRAY WYATT VS. JOHN CENA (C)

I expect this match to be very good, perhaps the best Elimination Chamber match in WWE history. With the rumored Cena & Nikki vs. Miz & Maryse match at WrestleMania, I expect they set that up here. I can also see them setting up something between Corbin and Ambrose too. Bray is my pick to win as he is rumored to face Orton at WrestleMania. They could certainly do something in which Cena retains and loses on Smackdown due to Miz’s interference but a Bray win here means they can start building up his match against Orton ASAP. BAYLESS’ PICK: BRAY WYATT