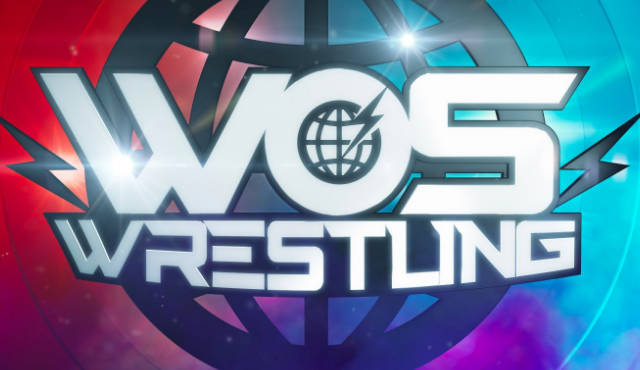 Your hosts are Jim Ross and Alex Shane.

Per the press release, this World of Sport Wrestling special marks an “historic and triumphant return to ITV”, at the end of which one fighter will take home the WOS Wrestling Championship belt. There will also be “archive footage and interviews with wrestling heroes of the past including “Rollerball” Rocco, Johnny Saint and Klondyke Kate.”

While ITV regularly broadcast wrestling from 1955 (some six weeks after the channel’s inception) to the end of 1988, World of Sport itself ran between 1965 and 1985. World of Sport ran on ITV between 1965 and 1985. Though it has now become a shorthand for the block of wrestling bouts that would typically be broadcast between the half-time and full-time football scores, that was only one of many segments on a show that filled the entire afternoon. Nevertheless, it isn’t the stock car racing or netball that have lived long in people’s memories, it is the nostalgia for likes of Big Daddy and Giant Haystacks, and that nostalgia has dominated much of the press coverage for this special New Year’s Eve edition.

Given this special isn’t being broadcast to commemorate an anniversary, one has to assume that recent success of the independent British wrestling scene has piqued the interest of ITV, and though this revival is currently a one-off, there have been rumblings of a possible series to follow. As it’s being broadcast at primetime on a free-to-air commercial channel, it’s very likely that WOS Wrestling will draw higher viewing figures than anything WWE has managed this year, so you can understand why WWE’s immediate response was to hold a UK Championship tournament in January and suggest that its own UK-based TV show might follow.

On commentary, the dulcet tones and received pronunciation of Kent Walton have been replaced by Good Ol’ JR (to be fair, Walton died in 2003), who is joined by Alex Shane, who’s been wrestling and promoting in the UK for over twenty years, most recently producing and commentating on What Culture Pro Wrestling.

“Can you smell what ITV is cooking?” says the continuity announcer, and JR and Shane welcome us to the World of Sport Arena.

The opener will be for the all-new WOS Wrestling Championship. Grado is introduced first, then his opponent Dave Mastiff, who’s accompanied by Johnny Moss and Sha Samuels.

Both men cut short promos (underscored by music) before the match and the massive Mastiff takes early control with his superior strength. Grado hits a Bionic Elbow and a man in the crowd who looks like Sami Zayn (possibly Sami Zayn) loves it. Mastiff cuts him off again and scores an elbow for two. Lots of cuts to the crowd and impact zooms, so much so that Kevin Dunn had to buy extra lotion. Senton from the second-rope misses and Grado makes the comeback with punches and the Wee Boot (a big boot), but gets tossed from the top-rope by Sha Samuels while Moss distracts the referee. Cannonball in the corner from Mastiff and that’s enough for the win. The first World of Sport champion in thirty years claims the belt in a terrible sub-holiday camp match. *

Time for some sofa adverts!

RACHEL is back and Mr. Beesley is gutted that the prestige of the title has been undermined. He determines that Mastiff is going to have to defend the belt again because of foul play, and will do so against the winner of a Battle Royal, the entrants of which will be decided in the matches to follow.

The winner gets into the No.1 Contenter’s Battle Royal. Yep, win a ladder match, get into a battle royal. The sound is sweetened to an obnoxious extent as I wonder if there could be a more fitting tribute to the history of World of Sport than a four-way ladder match. Kenny Williams demonstrates some “high-flying action” before Bailey wipes everyone out with a dive. Delicious Danny does some stuff before Kenny dangerously knocks him off the ladder, then Kenny starts climbing but gets German suplexed by Banks. Nice rope-assisted bulldog from Bailey, then Delicious Danny flops off the ladder onto everyone. He then brings a second ladder into the ring for no reason whatsoever except to set up all four men climbing. Everyone gets knocked to the mat apart from Kenny, who unhooks the briefcase for the win. Fine but meaningless spotfest. **

Our first women’s match and the first in the history of World of Sports, we’re told. Viper brings a snake to the ring ala Jake Roberts. The commentators emphasise Viper’s size, while Rose demonstrates some decent athleticism to initially avoid her opponent. Viper beats Rose down, hitting a seated crossbody for two, then stays on top until Rose blocks a turnbuckle shot and a top-rope crossbody earns two. Missed moonsault and a seated senton from Viper gets the win. That was actually a solid little match and the crowd were into it. **

RACHEL is back to talk to Dave Mastiff about having to fight again. Mastiff says he’s going to speak to Mr. Beesley.

More sofas, cupboards, bed and sofas! Oh, and we’ve been getting “Don’t Try This at Home” PSAs after every break.

Video package about World of Sport in general. The Queen used to watch, I’ll have you know. But don’t show her this for goodness’ sake. It’ll send her to the grave.

Both men from the winning team get into the Battle Royal. Ashton Smith looks like cut-price Ricochet. The Coffeys start well, staying in their half of the ring to isolate Smith, but a cheap shot from Rampage allows the tag to be made. Back suplex for a two count, and Rampage and Smith cheat to stay on top. JR’s doing a good job selling this, I’ll give him that, but the camerawork is doing a better job of interrupting rhythm and diminishing move impact. Tag eventually made to Joe Coffey and he runs wild on Rampage with European uppercuts and a springboard crossbody for two. Suplex, but Smith interrupts the count, and a spinebuster from Rampage connects for a near-fall. A superkick from Smith hits Rampage and he’s left alone to receive an elbow and a lariat from the Coffeys. Three-count and the brothers advance. This was decent. **1/2

Beesley tells Mastiff & Co. there’ll be a mystery guest in the battle royal.

Ooh, this might be alright. Again, the winner goes into the battle royal. Gibson goes for the arm early before some brief matwork leads to a stand off. Ligero with a dropkick then a ‘rana from the second-rope, and a standing moonsault gets two. Gibson’s sent to the outside, but the camera misses Ligero being powerbombed into (not through) the announce table. Gibson tries for the arm again, gets a hammerlock slam for two, then an armlock suplex. Ligero fights up from a chinlock and scores a tope con hilo, then a wheelbarrow facebuster in the ring for a near-fall. He gets caught, however, and the twisting neckbreaker from Gibson gets another two-count. Ligero uses strikes to make the comeback, but Gibson blocks him to grab the Shankly Gates armlock, but Ligero rolls-through into a sunset flip. That doesn’t get the job done, but the springboard tornado DDT that follows does, and Ligero advances. Easily the best match so far, with psychology and everything. ***

Grado vs. Joe Coffey vs. Mark Coffey vs. Johnny Moss vs. Sha Samuels vs. El Ligero vs. Kenny Williams vs. ???

Moss tosses Kenny Williams early, then he and Samuels get rid of Ligero. The brothers nearly come to blows, and Samuels and Moss team up again to send them both over the top-rope. And now the mystery man appears… It’s Davey Boy Smith Jr.! That’s a genuinely cool surprise. He takes care of the villains, including a delayed vertical suplex on Moss. Then “The Idiot” Davey Boy Smith, as I shall now refer to him, goes for a pin after the big powerslam to Moss, and gets tossed out by Sha Samuels. Stupid, stupid, stupid. Grado eventually gets a double clothesline and eliminates Samuels, then low-bridges to send Moss to the floor. Grado wins. N/R

Samuels and Moss attack Grado’s leg post-match, so “The Idiot” Davey Boy comes back to clean house. Paramedics assess the Scot as we go to a final break.

Referee Steve Lynskey ejects Samuels and Moss before the match begins. Mastiff cuts a promo as the crowd “What?” him. Sigh. Grado defies paramedics, so Mastiff attacks the leg and slams him on the ramp. JR compares Grado to Dusty Rhodes as Mastiff puts him in the tree-of-woe and stretches the leg, but moments later the big man posts himself and the Grado Cutter connect to give Grado the win and the title. Wasn’t a great match by any stretch, but it did what it was supposed to. *

Final thoughts: I’m thinking of buying a new sofa. But yeah, the ringwork was passable, though not representative of the quality the UK has to offer, and that’s a disappointment. More than that, however, the presentation and booking (such as it was) was largely an embarrassment. The production values were good and the idea to have one story throughout the two-hours is fine, but in most other respects this was everything I feared it would be and worse. To think Triple H organised a whole tournament as a response to Grado Making History™ – HAHAHAHA. That’ll get me through 2017.

Anyway, I’m back with a Wrestle Kingdom 11 preview on Monday and a review of the show on Wednesday. I’m wondering if it’s too late for New Japan to cancel, though, because they’ll never top this.