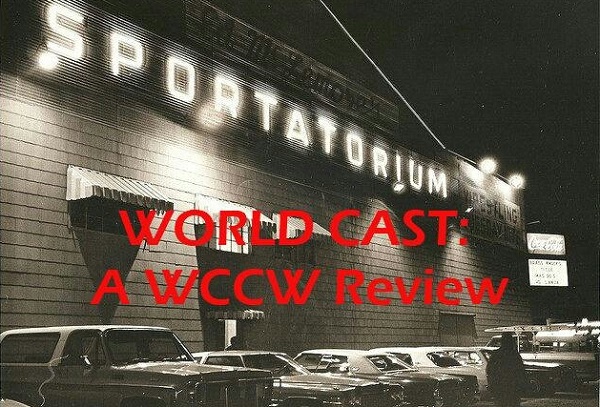 A controversial episode of WCCW where referee David Manning emerging as the #4 babyface in the territory drives Johnny to the brink of uncontrollable rage, and he nearly relinquishes his hard won “Mr. Positivity” title as a result. In other news, we have jobbers galore, THE SUPERFLY, a surprising Elvis aficionado, and Good Ol’ Al trying his damnedest to squeeze an extra half star out of Bill Irwin (he does manage to squeeze a lot of blood from his own head).