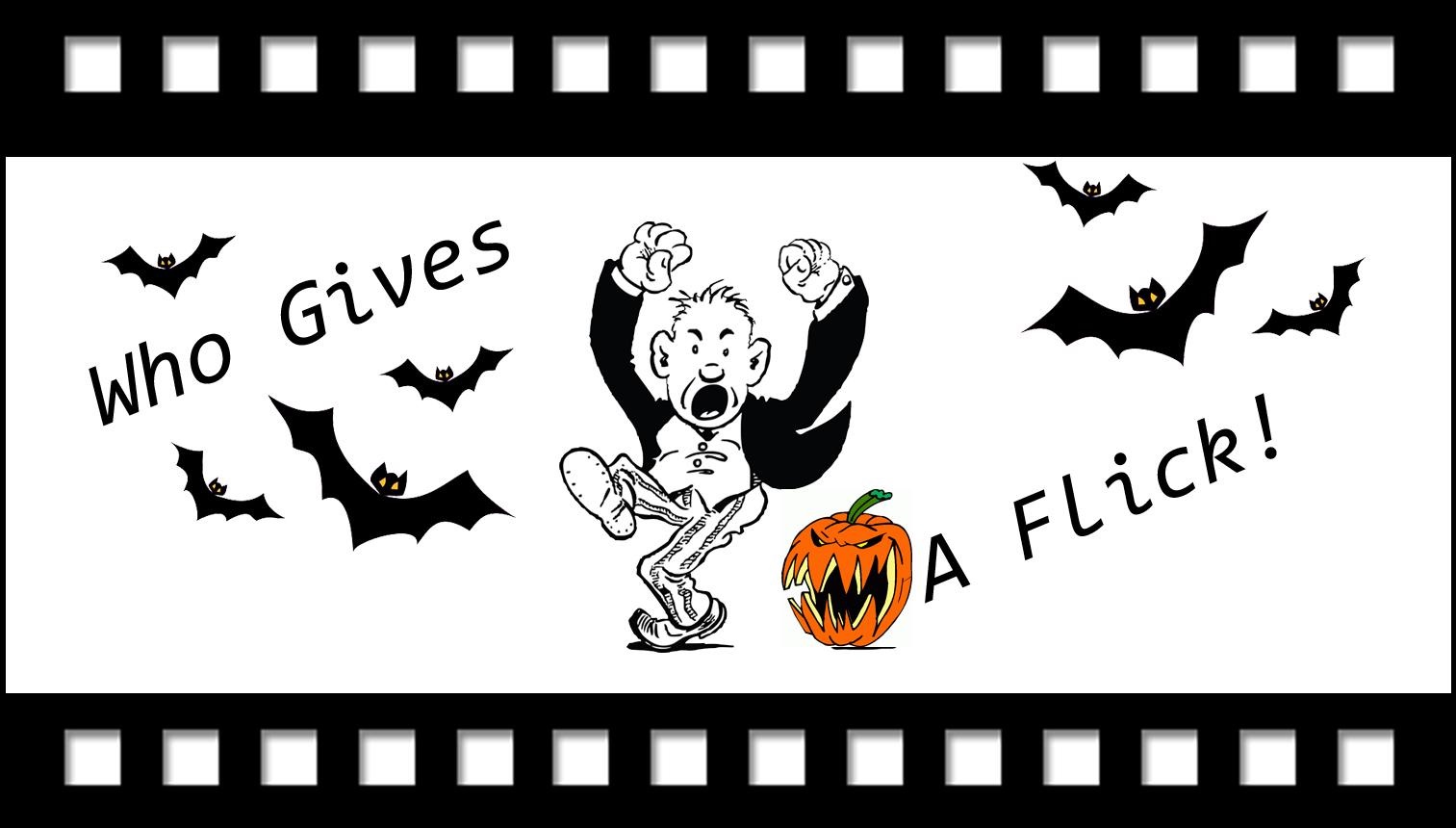 The pinnacle of the fall season, the most wonderful time of the year, Halloween, has finally arrived!  It sneaks up on you like Michael Myers in the night, but makes you feel warm and fuzzy like Freddy Krueger’s favorite furnace.  It’s the time of the year when people think twice about walking through the woods, or getting it on with the babysitter.  October is the month for football and pumpkin coffees during the day, and scary flicks at night!  If you are like me, you wait all year to watch horror movies all month long.  So, this year, instead of taking the friends to a cabin in the woods, or on a camping trip through West Virginia, let’s all stay home safe and watch some of the best horror movies out there, according to the flickmeister himself.  Unless it’s mischief night, or devil’s night, then you should be out toilet papering your favorite neighbor’s house.  It’s easy to get down, trust me on that.

During the month of October, Halloween is the greatest holiday of them all.  How many holidays allow you to look as ridiculous as possible, and get rewarded for it?  Plus, everyone gives you free candy, until you reach a certain age, then its frowned upon, but I bet they still give you the free candy!  People should start decorating their houses for Halloween like they do for Christmas.  I know some do, but more times then not its a lackadaisical attempt that includes one witch in a tree and some dude no one knows stuffed with hay sitting on the porch.  It would look way cooler then just Christmas lights and a fat guy in red with a sack filled with lord knows what.  With Jack o’ lanterns, and big haunted displays of ghosts and skeletons, kids should have to start earning each houses candy by making it through small haunted displays.

Halloween nowadays is skimp, I used to go trick or treating all night long, but now, kids are rarely allowed out after dark because of stupid people and a few too many overly cautious parents.  We need to take Christmas, and Halloweenize it.  Instead of carolers, we should instead have small haunted tours with scary stories.  Instead of Christmas lights and decorations, houses should decorate the front yards as tiny haunted houses kids make their way through to your front door.  Because in all honesty, Halloween should you make you feel more like a kid then Christmas morning does.  It should be the peak of the holiday season, the moment of being a kid again, after spending the entire month scaring the crap out of yourself watching horror movie after horror movie.

So, what movies should you watch during Halloween horror movie month? From the old school greats like the original Halloween and Friday the 13th, to the ones on AMC all month long, Halloween 2 and Halloween 4 on constant repeat, to the new school gems like Trick R Treat or The Cabin in the Woods. We all have those amazing memories, where your group of friends gather to watch a Halloween horror film, and everyone turns to you for a movie choice. What movie do I pick, I can’t let everyone down? Well, fear not this Halloween, the Flick man is going to lay out a list that will scary the pants off of you, and help you impress that lovely lady dressed as a slutty version of every occupation the world has to offer. In that case, watch It Follows or Cabin Fever, and you won’t have to pretend the burning feeling will just go away on its own. But what makes a great Halloween horror film? Because, just any old horror movie won’t do.

Halloween isn’t just about girls in slutty costumes, or scaring the crap out of your friends, it’s also about feeling like a kid again. Remembering those times when Halloween was a special day to spend with your friends and visit all your neighbors. It was a holiday with innocence, but we seem to have lost that feeling as we grew up.  So, it wouldn’t be right to just have a list with scary flicks, there needs to be a few that remember the magic of a holiday like Halloween. This really is most relevant on television, with the annual Simpson’s Treehouse of Horror, the Peanuts It’s The Great Pumpkin, Charlie Brown, or ABC Family’s Halloweentown. The childhood magic of Halloween is still there to remember how your inner child once felt. Each Halloween I go out of my way to watch a few old Goosebumps episodes, or even better, a few Are You Afraid of the Dark episodes, it’s just instant nostalgia. Trust me, your inner child will thank me.

I wanted to select individual films, not just say, the entire Halloween series at numero uno. Unless you are the guy who posts articles called Who Gives A Flick, you aren’t trying to watch every movie in the Halloween series, every single Halloween (I really do try). This Halloween, the list of flicks was just too big. It was nearly impossible to choose just one list, to cut out everything but the Top 13 was just too much of a travesty. So, since we all love Halloween so much, lets do two lists of the Top 13!  Up this week is numbers #26 – #14, and next week the much anticipated #13-#1. So light a few jack o’lanterns, and turn off the lights, here are the movies you can enjoy on Halloween, and a few to scare you flickless. Now, I’m flickin excited.

Halloween: The Curse of Michael Myers (1995)

So many people view this as the low point in the Halloween franchise, to that, the Flick Man says bullocks! And not the Sandra kind. As a 12 year old, I snuck into this and it always stuck with me. A creepy movie, with babies, Satanists, and Paul Rudd. It’s a winner, and deserves just a little bit of respect, especially around Halloween time. 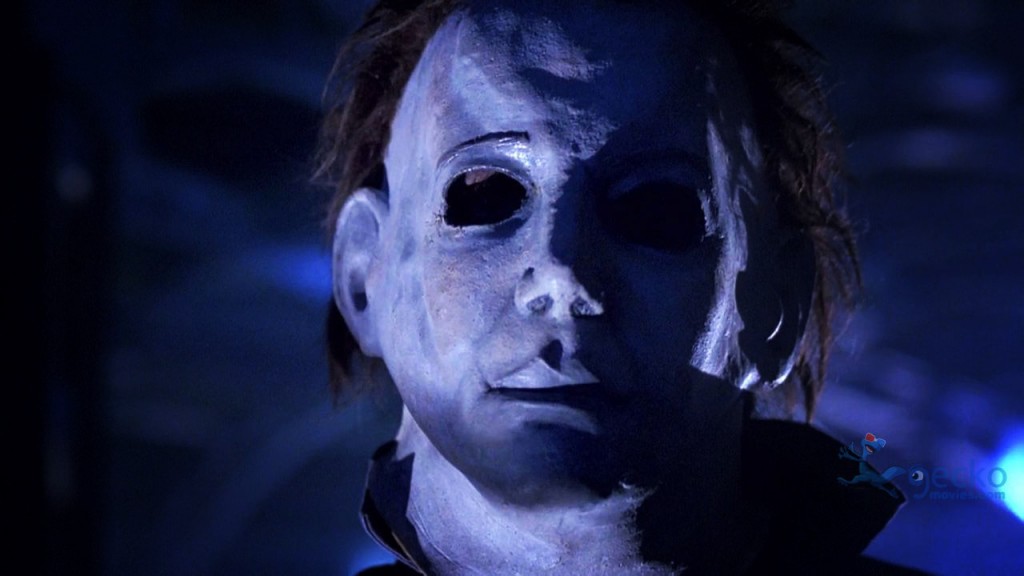 Johnny Depp and Tim Burton bringing the headless horseman to life? Yes! I haven’t seen this in a long time, but will go out of my way this year to re-watch it. This film looks dark and gorgeous, and with Depp’s fun and Burton’s darkness, it’s the far superior version of this tale told 9,874 different ways.

Funny, creepy at times, and just downright enjoyable. It’s a great film, and is pretty unique in the pantheon of Halloween set films.  If you haven’t seen, or for some, haven’t even heard of this, give it a watch. Have a few beers, and smoke out of a severed head bong (who hasn’t?), and you’ll love this one. And you can all laugh about the guy from Final Destination that fell off the face of the 1990’s earth.

This isn’t the best anthology film, but I can say it is worth a watch.  I have watched nearly every horror movie out there, or at least have tried too, and I can honestly say this was one that left me so frightened, I couldn’t move when it was over. Disturbing, terrifying, gory, and just straight up horrifying; if your looking to shock your friends, or have them beg to sleep over because they are afraid to drive home alone, this is your flick!

Joss Whedon, horror movie in the woods, Thor, enough said. This is a classic lying in wait, in ten years from now, this will be remembered as one of the greats.

If you don’t watch at least 20 minutes of this movie every Halloween, your inner child has died.  Please consult Ernest P. Worrell.

A great movie, with a bunch of sequels It’s the Halloween flick to watch during the day. It’s fun, silly, and a nice change of pace from all the Halloween horror. It plays nearly all month long on ABC Family, and while most of you are scoffing at watching the family channel, this is a great flick.

What the flick, I have seen this movie so many times on AMC during the month of October, I have been hypnotized into enjoying it.  A great final sequence as well, and a little more into the depths of Michael Myers and that Loomis guy make it worth a viewing.

For the last few years or so, every October at the movies was spent watching Paranormal Activity, and not the Saw series. I am a flicknatic for found footage horror, and Paranormal Activity is the Godfather of found footage.  Some hate, some love, but it works for me like Peyton Manning in any commercial. This Halloween, you can find me at your local IMAX enjoying the latest installment, The Ghost Dimension.

This is on here as more of a memory than an actual great film. When I was ten years old, this movie scared the crap out of me, and left numerous images in my mind that would always stay there. I watched this a year or so ago, and it definitely didn’t age as well as I would have hoped. But, the cast alone, Kiefer Sutherland, Julia Roberts, Kevin Bacon, The Backdraft Baldwin, and Oliver “Crown Us” Platt, makes it worth a watch. Each one induces a near death experience, and after crossing over into the Netherrealm, bring back something that starts to haunt them. The characters all must deal with their deepest fears and greatest regrets, and it makes for a very interesting and haunting horror film. 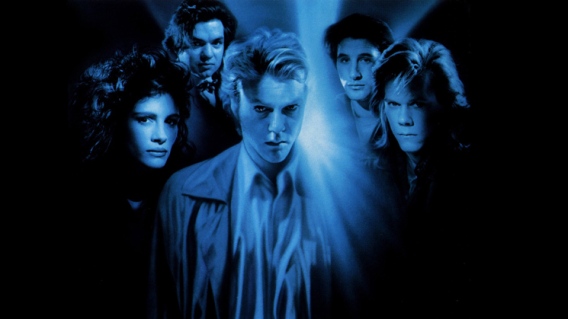 This is one the list for it’s pure creepiness factor. There aren’t any demons running around, no dolls come to life, nothing physical you can see or try to stop. It uses all the things in our daily lives, the trees outside, the creeks our homes make every day, and brings them to terrifying life. The original, and the remake, are both excellent. Even Ryan Reynolds couldn’t mess up this franchise.

The only Jason Voorhees film to make the Halloween countdown, and Jason isn’t even in it. This flick was filmed about a half hour from my house, and I can say I have spent a dark night wondering around the woods in search of a hockey masked killer. Since I am writing this, you can be assured I found no such killer, or his crazy mother, or any camp, or Crystal Lake. Someone made it all up, sadly, I hope you’re not as let down as I was to found out a movie was made up. Crazy, right?

But this flick, is a great watch for Halloween. It has the fall written all over it, as a majority of this film is spent in first person style rummaging through the festive fall forest. And lets be honest, for a while Mrs. Voorhees is a hell of a lot creepier then her son with the bag over his head.  Sean S. Cunningham took all the best elements of the original Halloween, and mashed it into a great tale known as Friday the 13th. This is a great watch any time of year, but the woodsy environment makes it especially fun for Halloween.

Oh, and spoiler alert! for the image!  TRICK!

I hope you enjoy Part 1 of this Halloween edition of Who Gives A Flick!

Have a Great and Scary Halloween!

Stay tuned next week, for the TOP 13 Films to Watch this Halloween!

At the Movies Entertainment Movies Podcasts